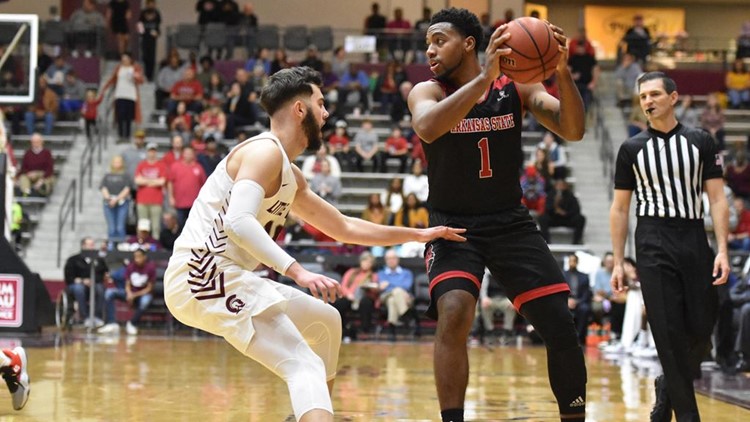 UT Arlington (11-15, 7-8 Sun Belt) converted nine A-State (15-11, 7-8 Sun Belt) turnovers in the first 10-plus minutes in 17 points while building as large as a 17-point lead in the first half. The Red Wolves were able to cut an 11-point halftime deficit to as few as eight points in the second half, but UT Arlington came away with the double-digit victory.

A-State committed 10 first half turnovers resulting in 19 points for the Mavericks and UT Arlington used a 12-0 run early in the first frame to break open the game. The Red Wolves trimmed the deficit to eight early in the second half, but UT Arlington used a 13-2 run to rebuild a 17-point advantage. A-State closed late with an 11-4 run to get the final deficit to 10 points.