Leading A-State to the weekend sweep at Little Rock, Eaton averaged 20 points and 6.5 assists while shooting 57.1 percent from the field, including 4-of-7 from three 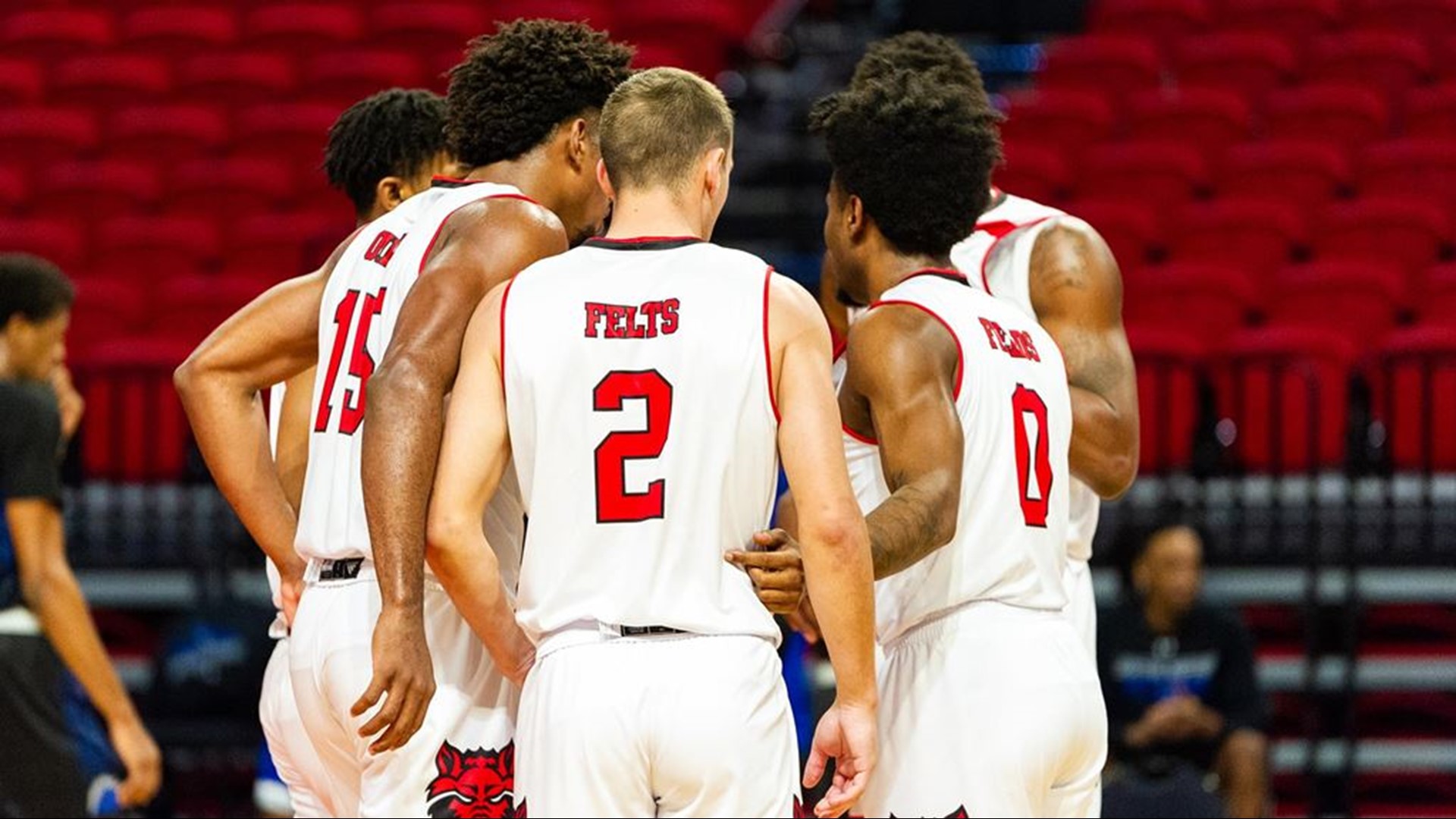 A-State is scheduled to host Texas State in a two-game series Friday and Saturday, Feb. 19-20, at First National Bank Arena in a series featuring the top two teams in the Sun Belt Conference west division standings. Tip-off is slated for 6:00 p.m. Friday and 4:00 p.m. Saturday with both games streamed on ESPN+ and heard across the EAB Red Wolves Sports Network and flagship station 107.9 KFIN.