Coming off their best season in program history, the Wildcats were preparing to defend their conference title before the coronavirus threatened their season 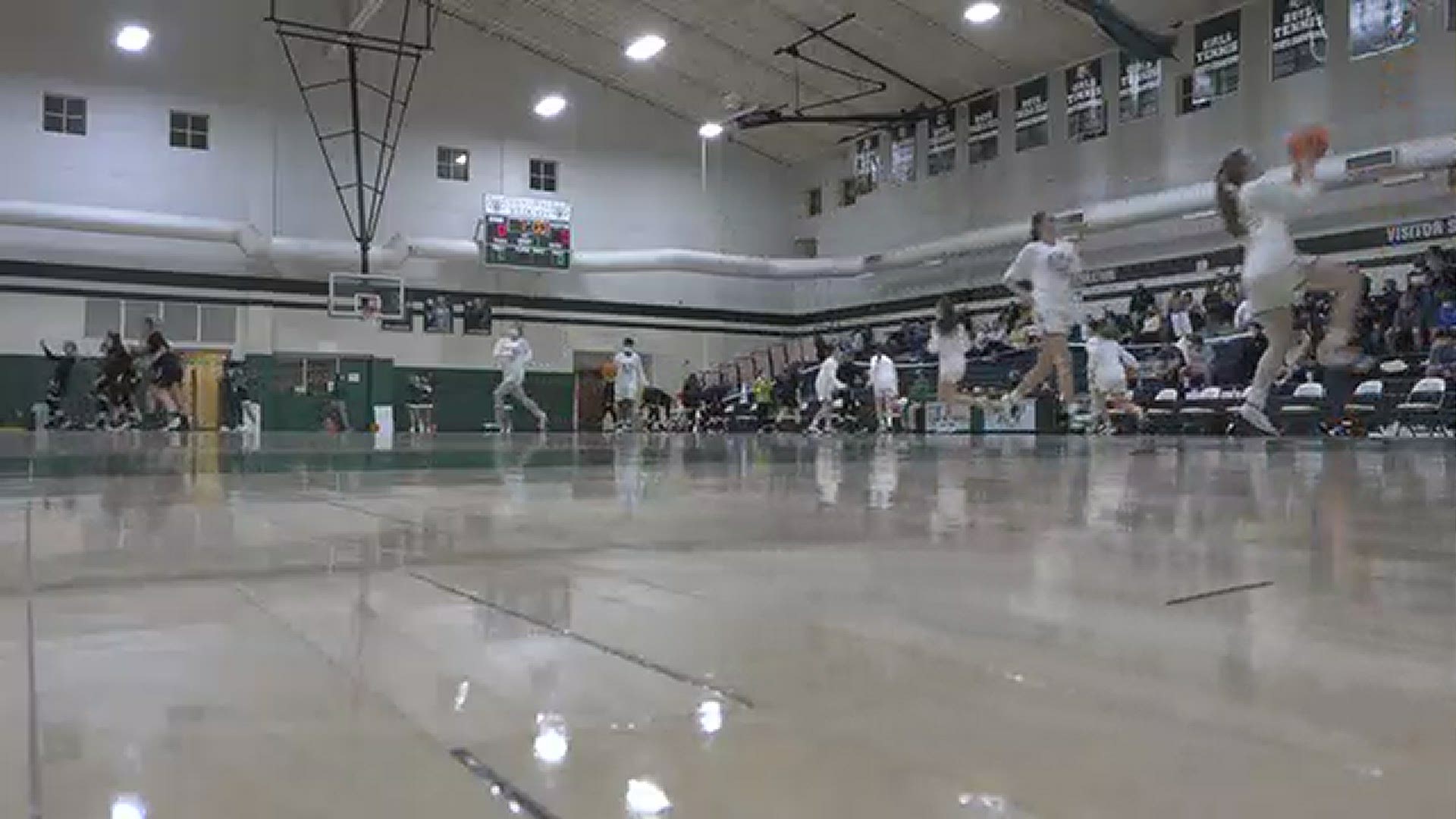 " It's not exactly what we planned, but we're trying to make the most of it," admitted Episcopal senior guard Avery Sponsler.

The last three years for the Wildcats have been a process. Hard work and determination that culminated in March with their first conference title, followed by their first trip to the state tournament.

"We were very excited about it," said Sponsler, "and we were thinking next year, we're going to have pretty much everyone again, repeat and we'll do even better next year."

But next year came with an unforeseen challenge -- the coronavirus, which threatened the possibility of even having a season.

"With volleyball we experience getting shut down a lot, that happened pretty often so I thought no way," said Mary Jewel Janes, one of the team's senior forwards. "Especially because you can't wear a mask when you're playing basketball so I thought there was no way that we could even have a season at all."

Episcopal is a small school. Coming into the season they had seven players on the roster, but after two girls decided not to play, the Wildcats were left with just five a week before their first game.

And so the team went to work.

"We never gave up," said head coach and Episcopal athletic director Micah Marsh. "We've had parents reach out an, you know, your kids are your best recruiters and they went and got some of their friends that have played before."

Sponsler added, "just talking to friends, trying to convince them anyway we could. Stopping people in the hallway, pretty much anything. We did not hold back."

In the end, there were five new faces on the floor.

"Our school is a little tight knit community," Marsh said, "and when someone or a group's having issues somebody always seems to step up and this situation was no exception."

Episcopal won their season opener, a 59-33 victory over Bauxite. But in a year full of uncertainty, regardless of the outcome, each game means a little bit more.

"We talk about it, let's just be grateful we got to play tonight and who knows what tomorrow's going to bring," said Marsh. "We just try to treat basketball as an outlet. Let's come, let's have a little fun, but let's be serious. Let's get a little exercise and competition, and let's make the best of it. And that's what we're trying to do this year."