Razorbacks fall to number one Alabama 48-7

Mac Jones passed for 235 yards and three touchdowns filling in for injured Alabama star Tua Tagovailoa and the top-ranked Crimson Tide coasted to a 48-7 victory. 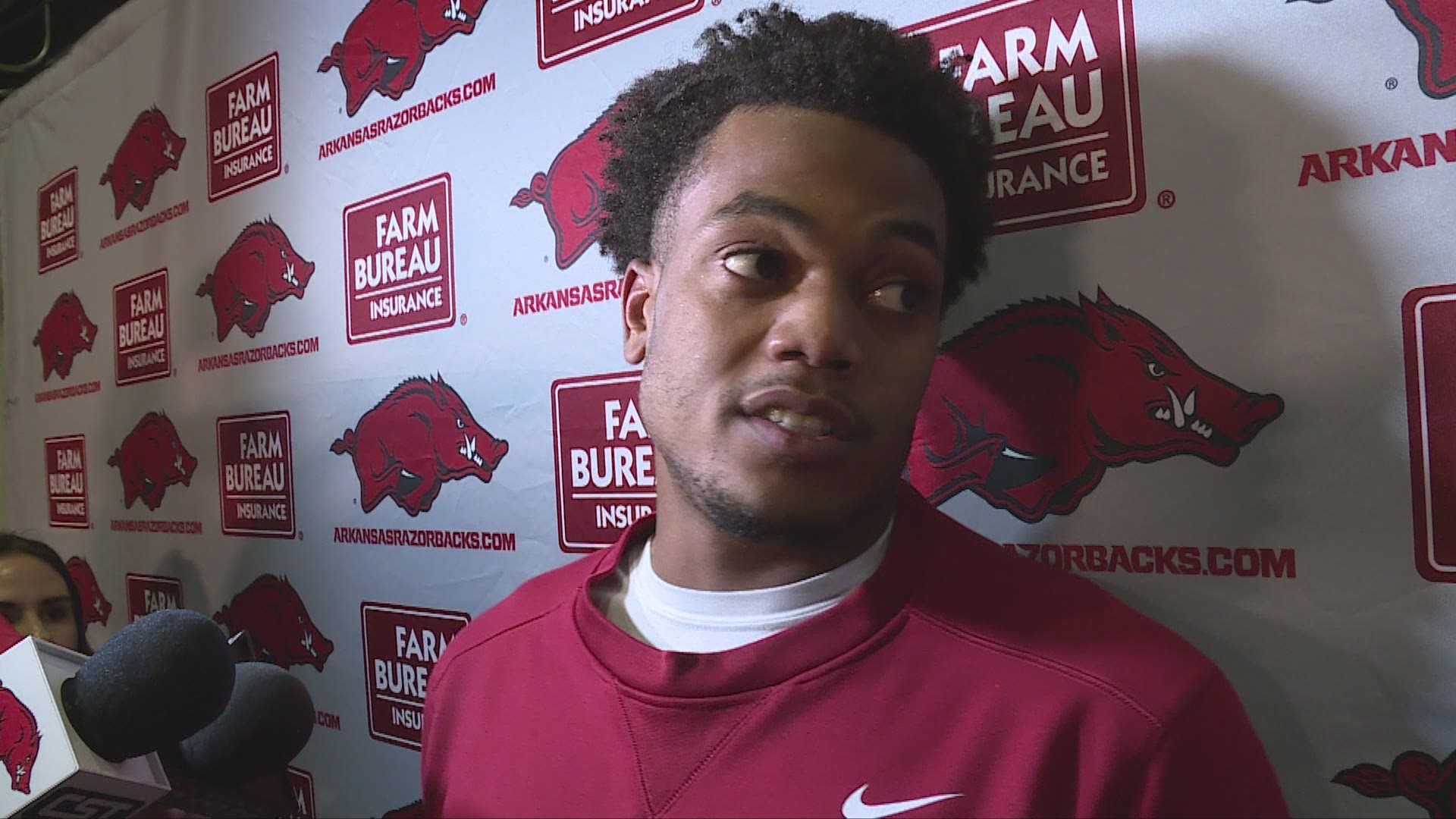 TUSCALOOSA, Ala. — Mac Jones passed for 235 yards and three touchdowns filling in for injured Alabama star Tua Tagovailoa and the top-ranked Crimson Tide coasted to a 48-7 victory over Arkansas on Saturday night.

Even without the Heisman Trophy candidate Tagovailoa, the Tide (8-0, 5-0 Southeastern Conference) raced to a 41-0 halftime lead and Jones only played one drive into the second half. The Razorbacks (2-6, 0-5) couldn't muster much challenge on either side of the ball in what turned into a drama-free tuneup for Alabama's game in two weeks against No. 2 LSU.

Jones completed 18 of 22 passes and finished up with a 40-yarder in the end zone for his second touchdown throw to Jerry Jeudy. Jeudy caught seven passes for 103 yards with Jones & Co. proving they can still deliver some big plays even without Tagovailoa.

Najee Harris rushed for 86 yards and a pair of 1-yard touchdown runs. Cornerback Trevon Diggs scored on an 84-yard interception return in the final seconds before the half, a week after returning a fumble 100 yards for a score against Tennessee.

Nick Starkel returned to the starting role at quarterback for Arkansas after Ben Hicks suffered a left shoulder injury against Auburn. Starkel completed just 5 of 19 passes for 58 yards and was intercepted three times.

Redshirt freshman John Stephen Jones got the Razorbacks on the board with a touchdown pass to start the fourth quarter.

Alabama's win set the stage for a two-week buildup to the latest Game of the Century. LSU did its part by beating No. 9 Auburn 23-20. The big question will be if Tagovailoa can recover in time from a right ankle injury.

In the meantime, he watched from the sideline as his little brother got some playing time. Freshman Taulia Tagovailoa played much of the second half and showed his own scrambling ability.

Arkansas: Has lost 13 straight to Alabama and is 0-15 in SEC games under coach Chad Morris. Jones, grandson of Dallas Cowboys owner Jerry Jones, was 6 of 7 for 49 yards and a touchdown. Jerry Jones attended the game.

Alabama: Didn't miss a beat without Tua Tagovailoa, but started out conservatively on offense. The Tide converted four turnovers into touchdowns. Taulia was 6 of 8 for 45 yards.

Alabama wide receiver DeVonta Smith was on the sidelines with a sling on his left shoulder in the second half. He had four catches for 67 yards and there wasn't an immediate update on his status.

Alabama hosts No. 2 LSU after both teams get an open date.