'God made that happen for me,' says college football player with paralyzing injury who defied odds to walk on field

'The whole year, that was on my mind. I got to walk back on that field.' 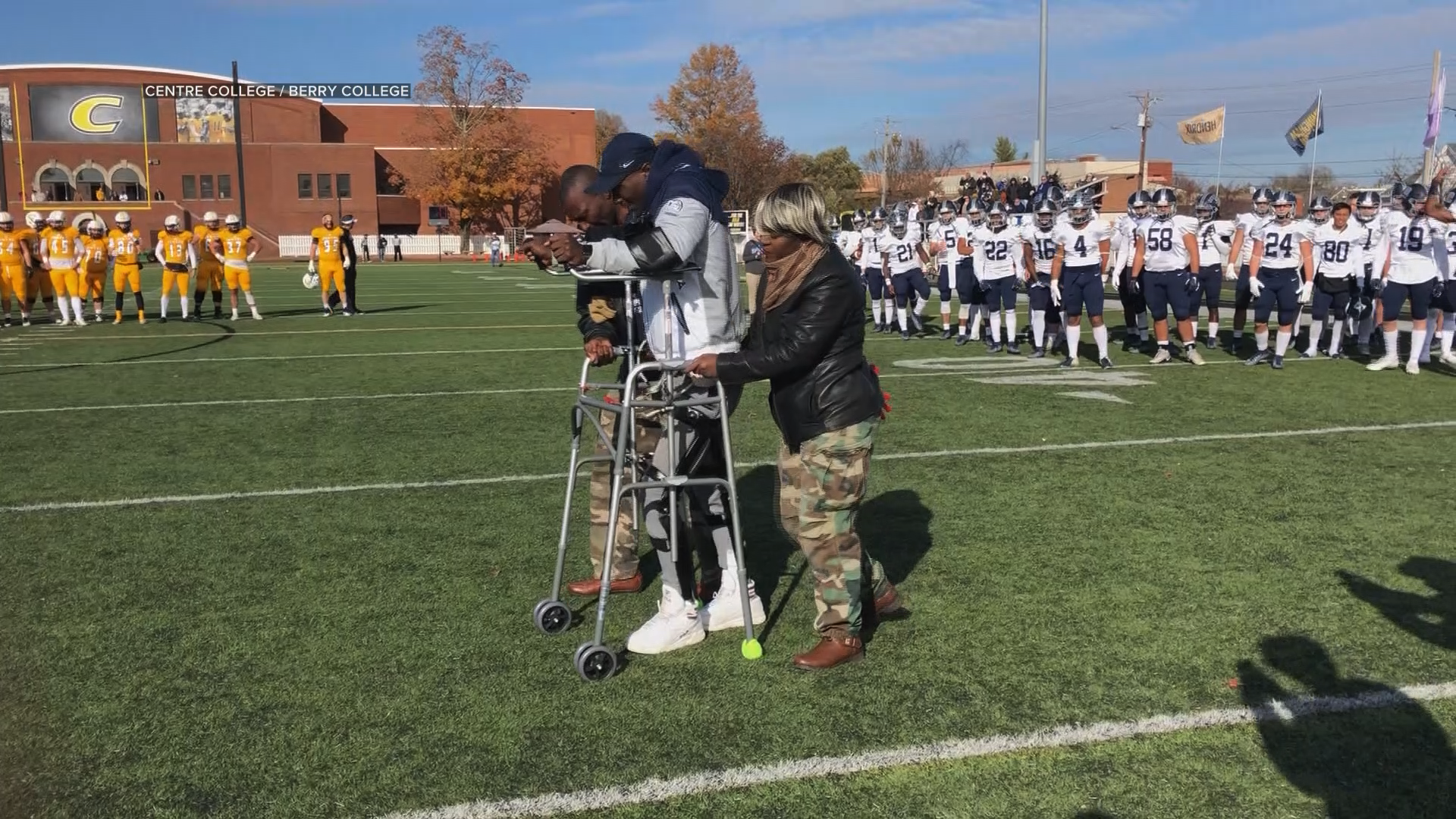 FLOYD COUNTY, Ga. — A Berry College player was told 14 months ago he would likely never be able to walk again.

But third-year student Justus Edwards is defying the odds, walking with tears of joy, onto the same football field where he endured a paralyzing injury last season.

Everyone else might see his slow steps and his walker. But Edwards, a young man of faith, sees God’s plan for an amazing life ahead. He recounted the moment last season that changed his life for ever.

“It was the second quarter," he said.

Edwards, a defensive end, crashed into a running back during a play. It was a paralyzing spinal injury.

“And my body immediately changed in mid-air," he said.

Edwards said in that moment, he looked up at his coach.

“I told my coach to just believe, and that God got me," he explained.

"I'll never forget it as long as I live," said Berry College Vikings Football Coach Tony Kunczewski on Monday, "the first words out of Justus's mouth were, 'God's got me. I'm okay. You just gotta believe.'"

Edwards said he knew immediately - his faith told him - he would return in a year and walk back onto that field.

Doctors told him he may never walk again.

In the past year, the Berry College community and other teams in the conference have rallied to support Edward, raising money for his care and physical therapy.

RELATED: Football player walks again back to the spot where he was critically injured

He still goes to football practice and has returned to class. He’s looking at majoring in pre-med, possibly to become a neurosurgeon.

But before he could move on with his future, Edwards said he had to walk back onto that field. All year, he said God was leading him, promising him that he would. Saturday, with his parents present, that moment happened.

“Just to hear them, in the back, to cheer me on, it really got me going on the inside, 'okay let’s do this, let’s do this.'"

Rival teams and their fans together also cheered Edwards as he walked to the exact spot where he was injured.

“The whole year, that was on my mind. I got to walk back on that field. I got to. And God made that happen for me. And it’s not over yet," Edwards said. "Never give up on your dreams. What God has for you, he’s going to get it to you.”

A GoFundMe page was created after he was injured to help his family with medical expenses and with his recovery process.