This was Barry Lunney Jr.'s second game as interim coach after taking over for Chad Morris, who was fired on November 10. 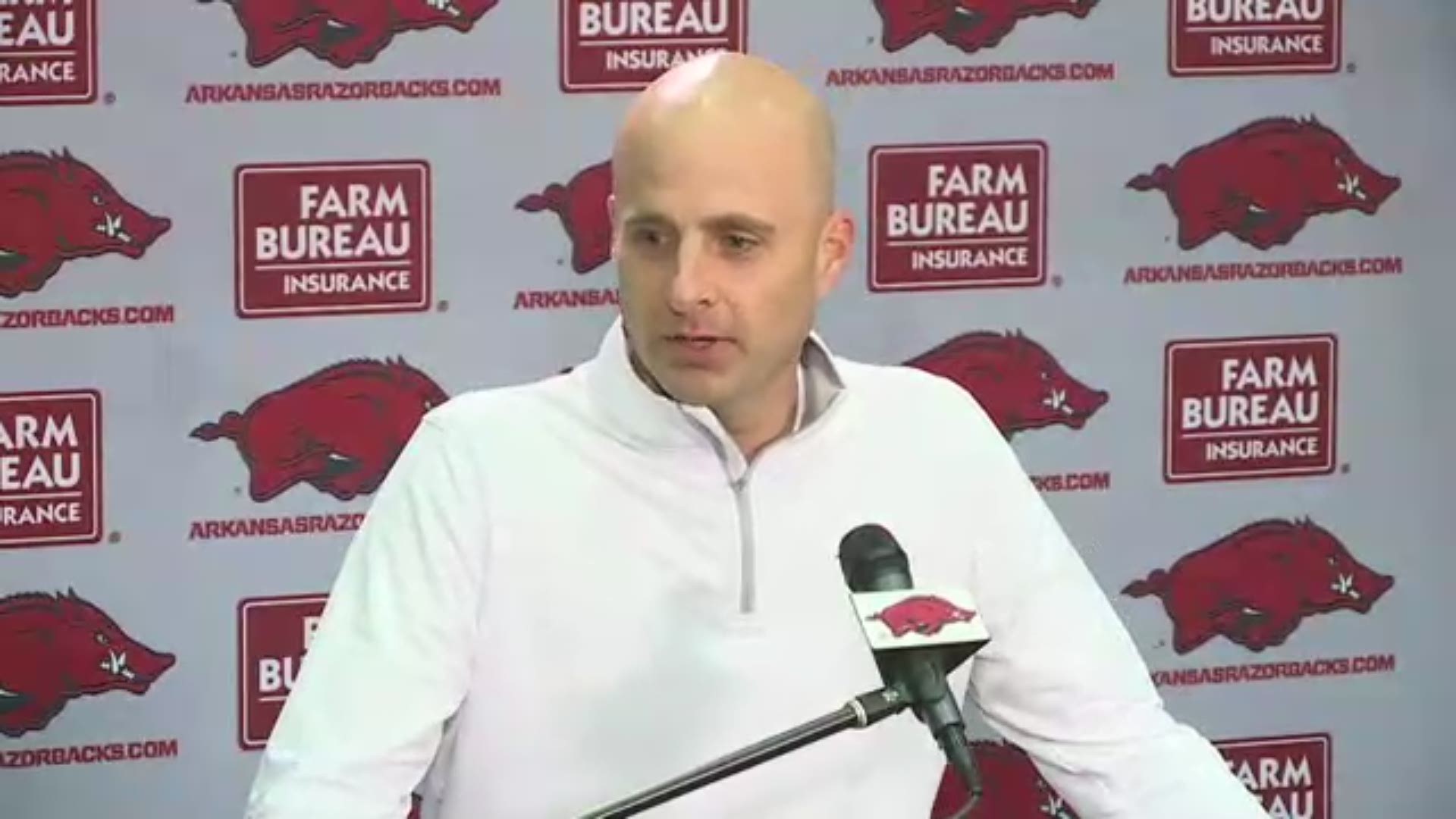 ARKANSAS, USA — Editor's Note: The video above is Lunney's preview of the Miss vs. Ark game.

Third-string quarterback Taylor Powell came off the bench Friday and led Missouri to three scoring drives and a come-from-behind 24-14 win over Arkansas, snapping the Tigers’ five-game losing streak in both teams’ season finale.

Powell, who had started one game for Missouri earlier in the season for the injured Kelly Bryant, had been relegated behind Connor Bazelak on Friday. Bazelak, in his first career start, left in the second quarter and Powell, a graduate of Fayetteville High School, then led Missouri (6-6, 3-5 SEC) on two go-ahead drives - one in the second quarter and another in the third - to beat his hometown team.

Arkansas (2-10, 0-8), using its fifth starting quarterback of the season, had little luck offensively. Junior Jack Lindsey, who began the season as the fifth-stringer and only earned a scholarship in August, completed just 10 of 26 passes for 75 yards.

Two of Lindsey’s completions were for touchdowns, both times giving Arkansas the lead. Powell responded by leading a go-ahead field goal drive in the second quarter and a go-ahead touchdown drive in the third.

Missouri: The Tigers have been a thorn for Arkansas since joining the SEC. Missouri has won the last four meetings and six of the last seven between the two teams.

Arkansas: Arkansas is in the midst of the worst two-year stretch in school history, having finished 2-10 in back-to-back seasons and riding a 19-game SEC losing streak.

Missouri: The Tigers cannot play in a bowl game despite their .500 record. The NCAA upheld a postseason football ban against the school on Tuesday after nearly a year-long appeal process.

Arkansas: The Razorbacks will seek a permanent solution at quarterback after starting eight different bodies over the last two years, including five in 2019. They will also have to hire a permanent coach. Barry Lunney Jr. served his second game as interim coach after taking over for Chad Morris, who was fired on November 10.

RELATED: What you can, cannot bring into War Memorial Stadium

RELATED: Cheer on the Razorbacks after your Thanksgiving food coma