The outfielder drove in a team-leading 10 runs on the weekend to help Arkansas secure its program-record seventh consecutive SEC series win. 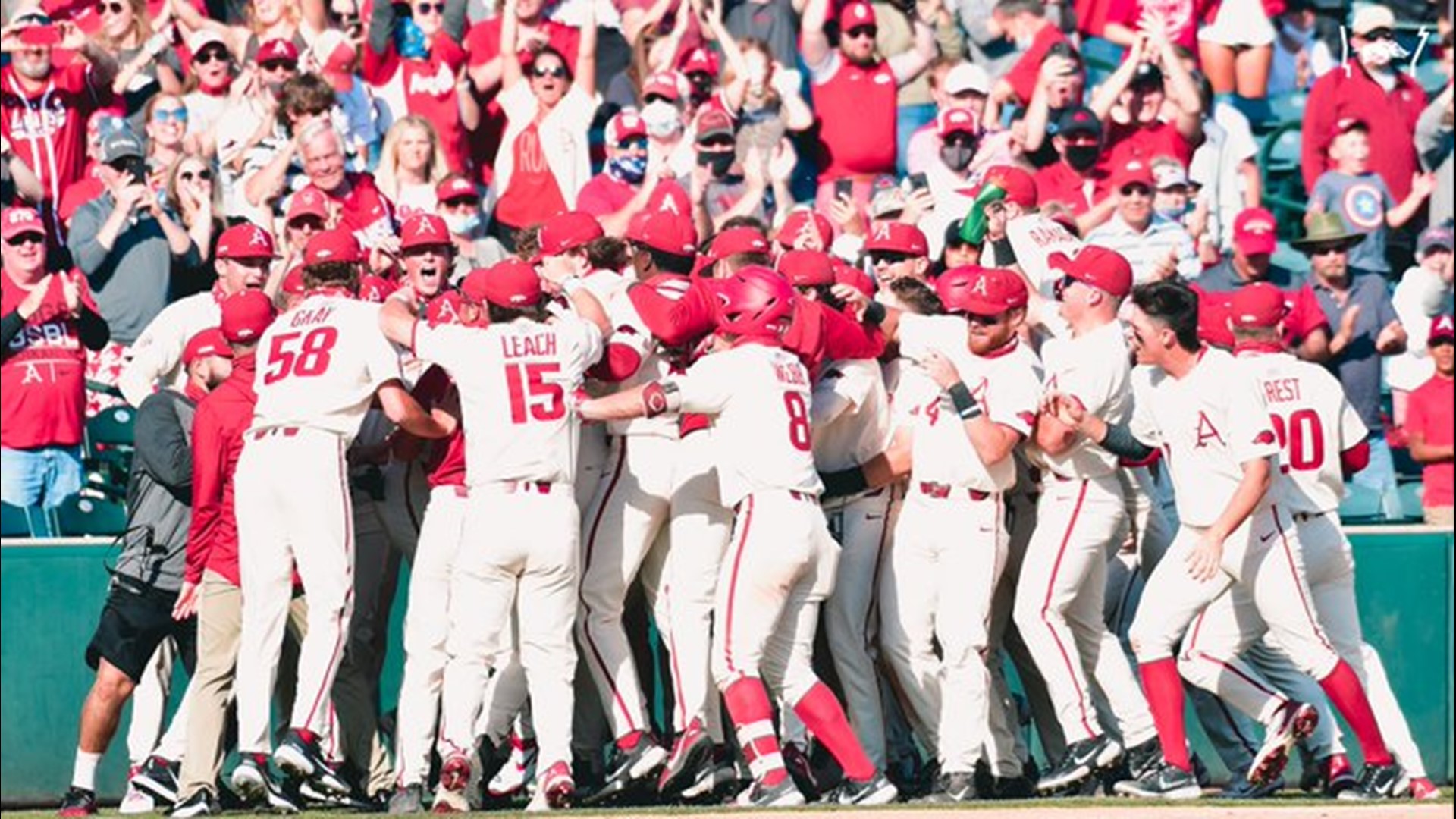 Christian Franklin was named the SEC Player of the Week on Monday after powering the top-ranked Razorbacks to a series win against LSU in Baton Rouge for the first time since 2004. The outfielder drove in a team-leading 10 runs on the weekend to help Arkansas secure its program-record seventh consecutive SEC series win.

Franklin had at least one hit and RBI in all three games of the series, including two multi-hit and two multi-RBI performances. He tallied two hits and five RBI in Friday’s series opener, slugging a three-run homer – his 10th of the year – in the Hogs’ 7-0 win.

He began Saturday’s doubleheader with a three-hit, four-RBI effort in the Razorbacks’ 17-10 victory before tacking on another RBI in the nightcap to conclude his weekend. Franklin also dazzled defensively, throwing out a runner at third from right center in the first game of the series.

Franklin and the Razorbacks get back to work this weekend in the friendly confines of Baum-Walker Stadium, hosting Georgia for a three-game conference series. The action begins at 6:30 p.m. Friday, May 7, on SEC Network+.