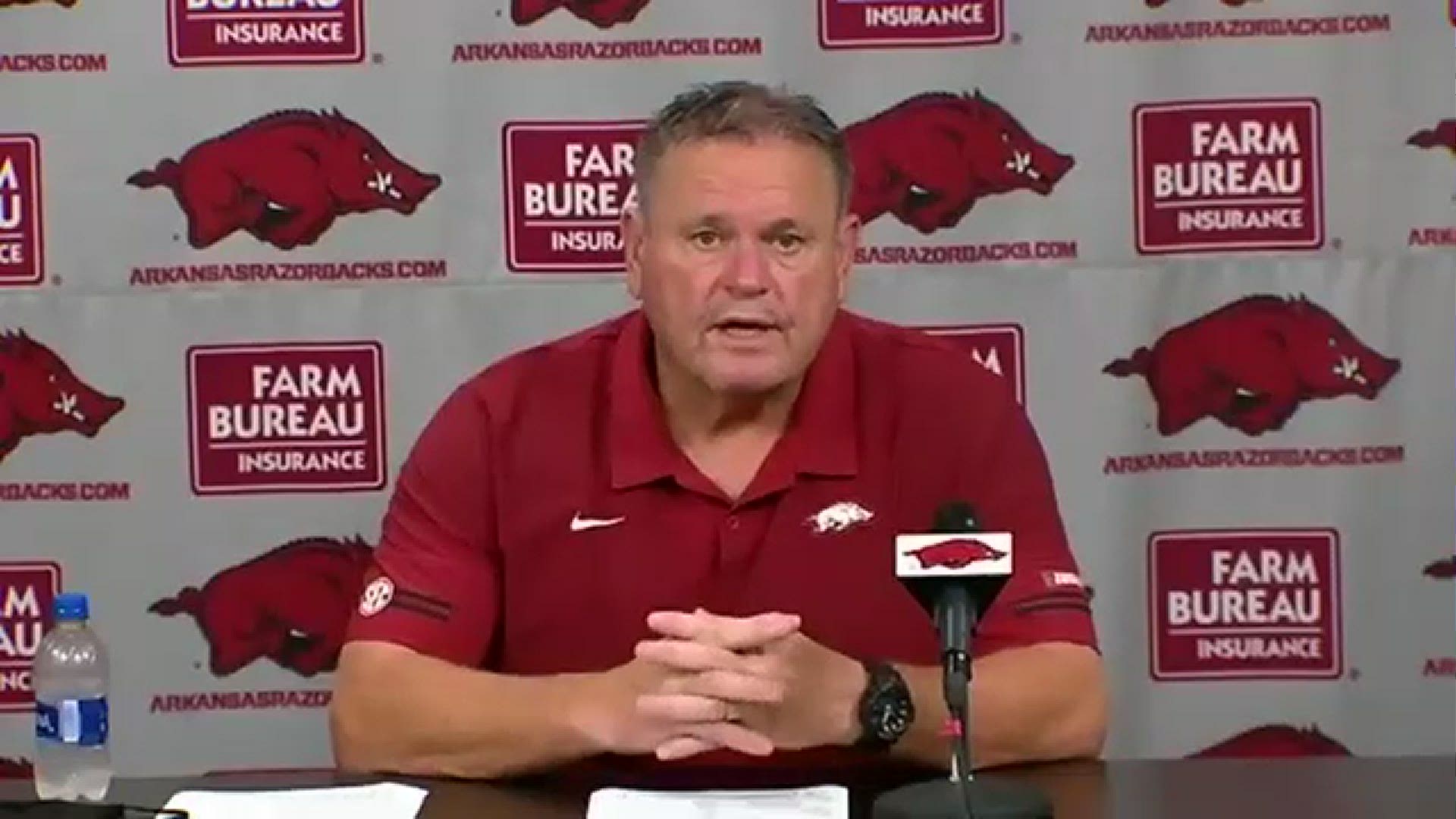 The Razorbacks (3-3, 3-3 Southeastern Conference) trailed 13-0 at halftime before scoring on four straight drives. Each touchdown came faster than the one before as Arkansas found the end zone on 16-play, 3-play and 2-play consecutive series.

Franks finished 18 of 24 for 215 yards passing and three scores.

Tennessee quarterback Jarrett Guarantano, who left late in the third quarter with a head injury, completed just 5 of 8 passes for 42 yards. Brian Maurer and Harrison Bailey, Guarantano’s replacements, were a combined 6-of-13 passing for 65 yards with two interceptions.

After allowing Tennessee (2-4, 2-4) to score on three of its four full-length drives in the first half, Arkansas gave up just 16 yards of total offense in the third quarter and countered with 257 of its own in the same 15 minutes.

Tennessee has lost four straight games after beating South Carolina and Missouri to open the season.