The Bisons travels to Northwest Missouri for their opening round game 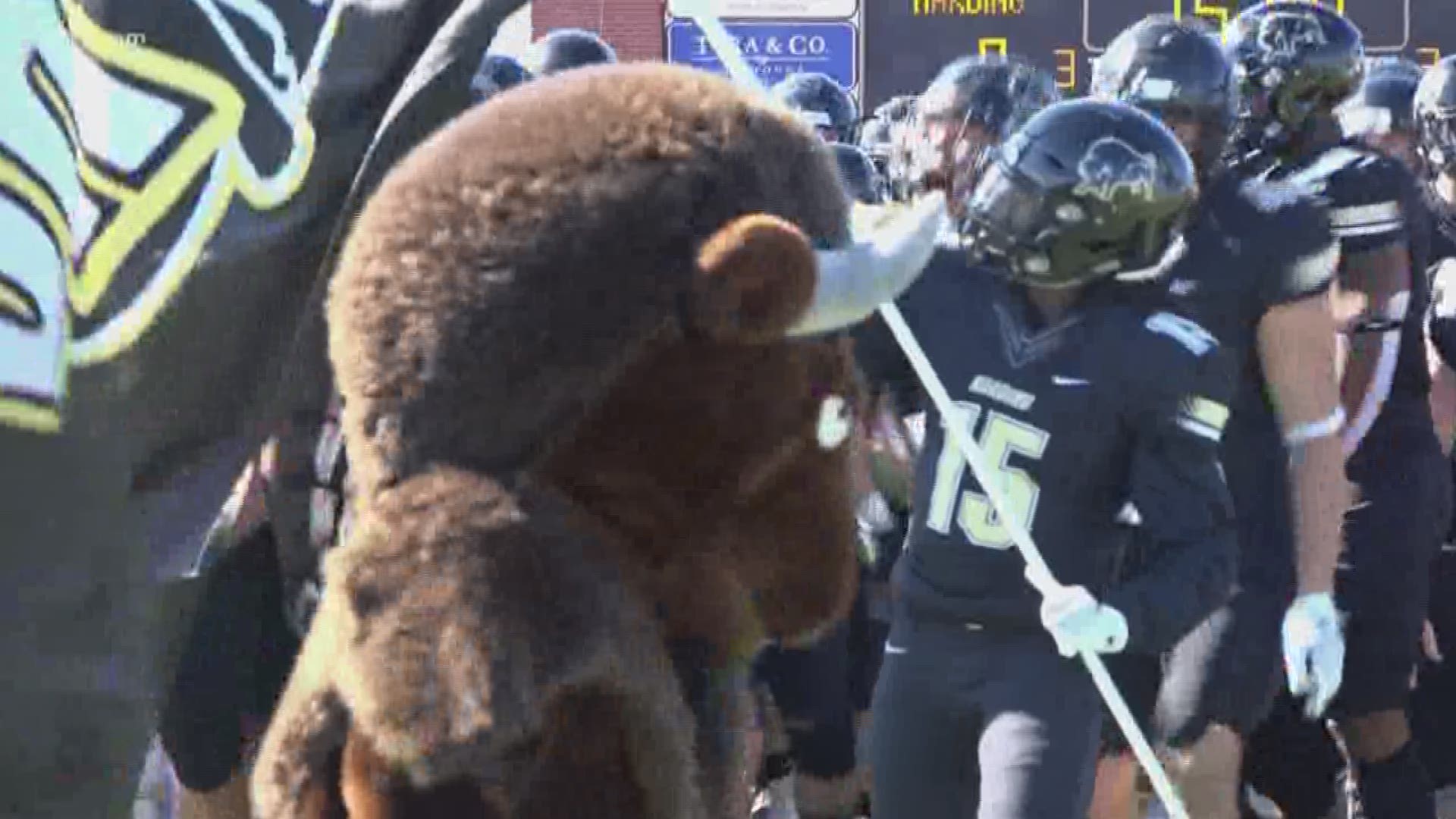 SEARCY, Ark. — The Harding football team will carry a 10-1 record and 10-game winning streak into the 2019 NCAA Division II Playoffs and will travel to Maryville, Missouri, to meet No. 3 seed Northwest Missouri State on Saturday, Nov. 23.

"We certainly would have been excited to play a ballgame at home," head coach Paul Simmons said, "but there is something magic about these guys and how much they love to get on that bus and get in those hotel rooms and be together."

Following a 16-14 loss to Ouachita Baptist in the first game of the season, Harding has produced 10 straight victories, including a 49-14 win at Arkansas Tech, the team's fifth straight road triumph, on the final Saturday of the regular season.

"We certainly have traveled well," Simmons said, "and we are just excited to play ball again."

"The truth of the matter is: if you are going to have fantastic victories in your life—if you are going to do things that are unbelievable—then you have got to have big-time challenges. That's why we love this time of the year," Simmons said.

The Bisons finished in second place in the Great American Conference. Northwest Missouri is also 10-1 and tied for the MIAA conference championship. The Bearcats lone blemish was a 24-17 loss at Nebraska-Kearney on Oct. 19.

Ticketing information will be announced soon.