Football fans were beaming with excitement for the school's first football game in the sold-out crowd against Parkview on Friday night. 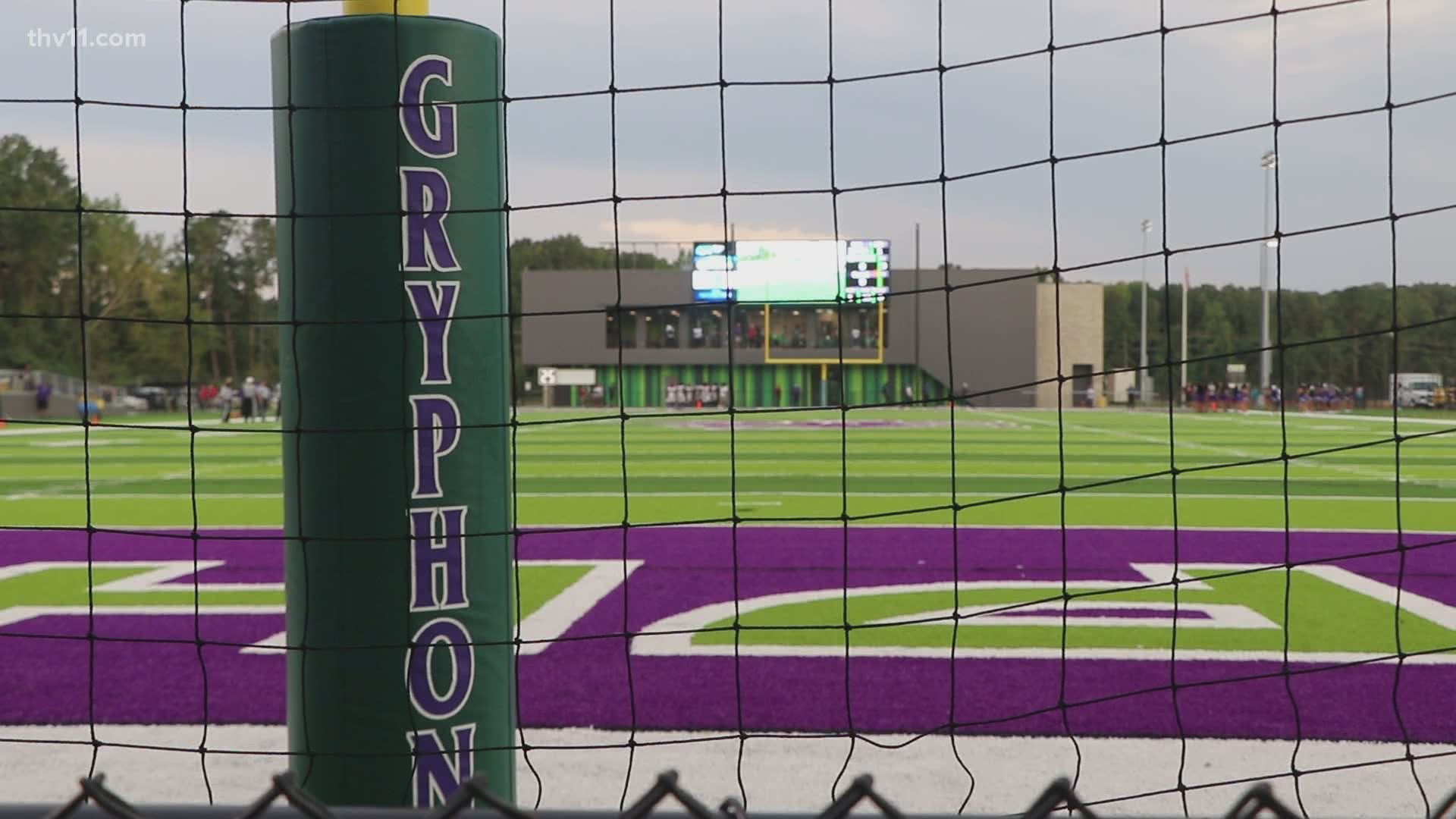 LITTLE ROCK, Ark. — It was history in the making on Friday night for the brand new high school, Southwest Little Rock, playing its first football game.

It's hard to believe back in October of 2017 was the groundbreaking for this new high school and here we are now.

Of course, three years ago, no one anticipated the high school's first football game to be with masks and social distancing signs, but either way, Little Rock School District's Superintendent, Michael Poore, said the excitement level was high.

"There's just different milestones when you build a building like this and this is one of them," he said.

For students, like sophomore Jeraih Britton, it wasn't just a football game taking place at the Gryphon Stadium on Friday night.

Poore said it's hard to believe it was all just a vision and a plot of land three years ago.

"When we first dug dirt, we actually had 100 shovels that all dug dirt and when we tossed the dirt up in the air, purple and green came out," he said.

Now it has a chance to write its own history, according to Poore, as the district's first newly built school in over 50 years.

"It's so exciting because we want to show this place off. It's an unbelievable facility," he said.

Naturally, in the middle of a pandemic, that facility looks a little different for a football game.

According to Poore, the stadium is built to hold 5,000 people, but only 1,300 are allowed inside. Masks were required and cones were spread out to remind people waiting in line to social distance.

Britton expressed what the most difficult part of these restrictions would be.

That excitement showing for the school's first football game in the sold-out crowd against Parkview on Friday night.

"I think we're going to win, I think so. I'm not sure, but I'm not going to doubt them," Britton said.

Two different schools coming together as one, while beaming with Gryphon pride on a historic night for the community.

"Everybody was worried about these two cultures and hey, if you treat kids with respect and give them a place that they can really honor, they're melding like nothing and it's all going great," Poore said.

Poore expressed how happy he is that high school football is back, but is reminding his district they just need to keep doing it right.