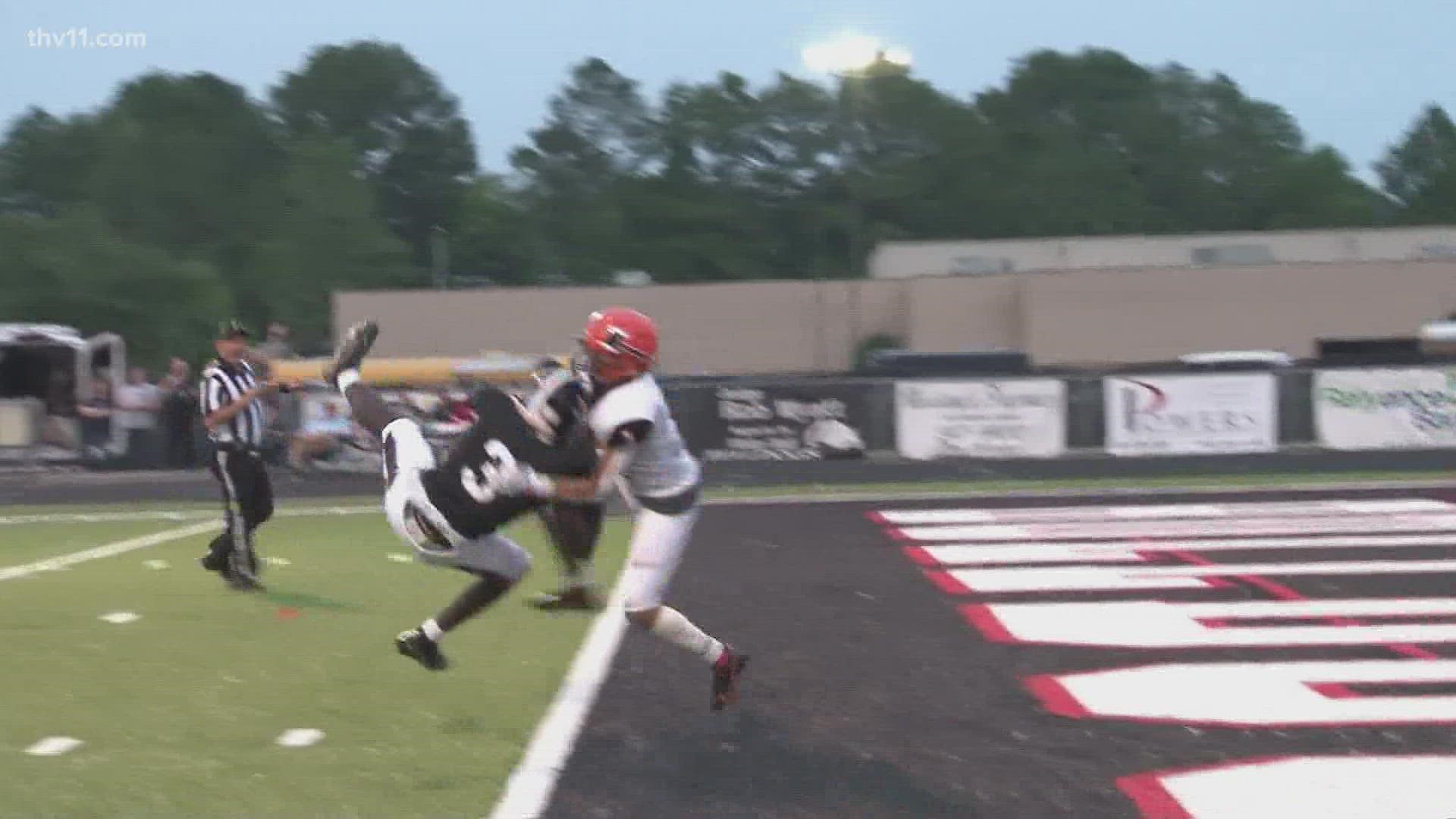 Update: With 44.2% of the vote, White Hall has won this week Yarnell's Sweetest Play of the Week with Jordan Jackson's touchdown catch from Matthew Martinez.

Voting will close on Wednesday at 5 p.m. and the winner be will be announced soonn after on our website and social media.