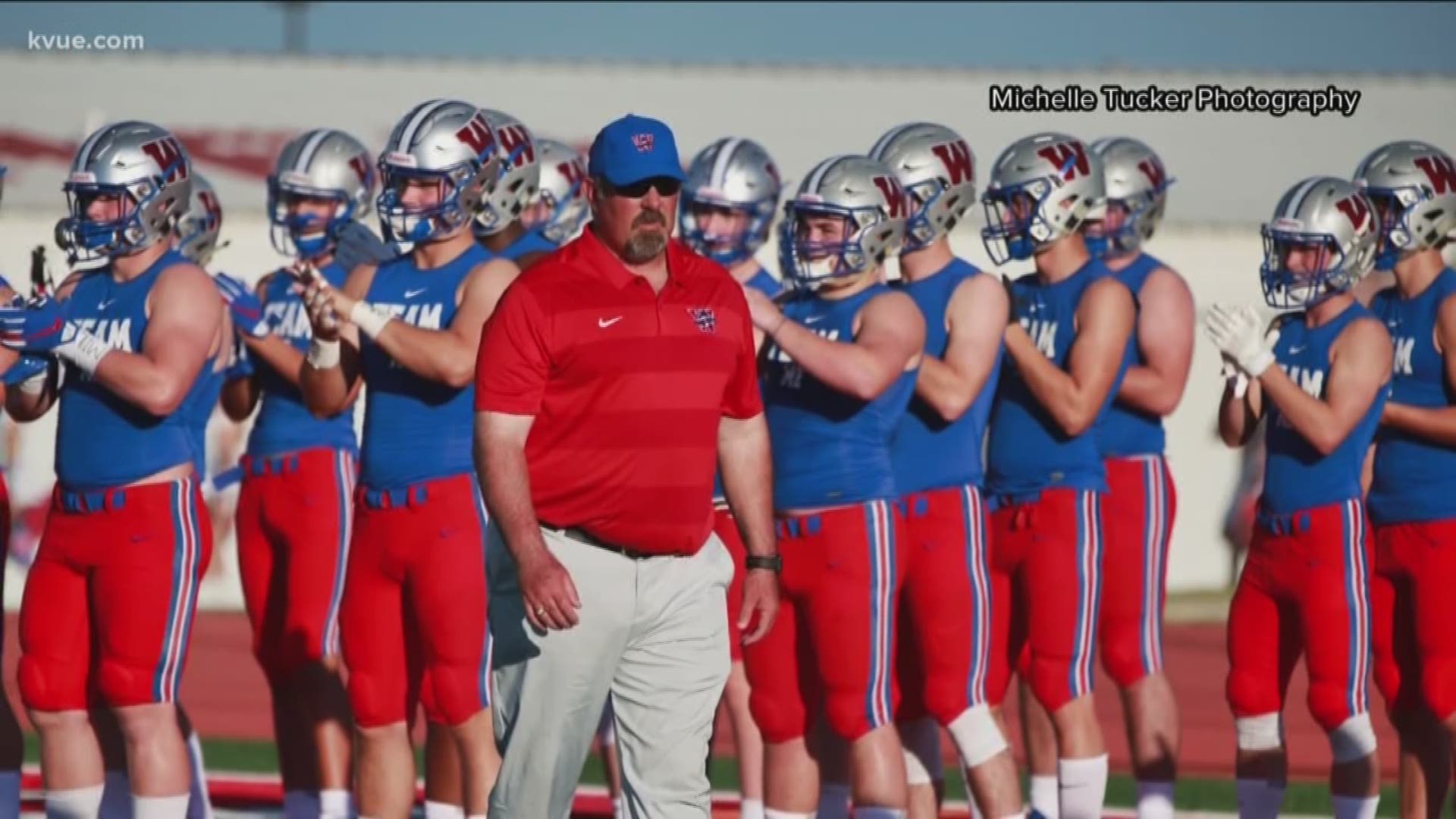 KVUE confirmed that Head Coach Todd Dodge learned of Wilson's passing Saturday morning. He then sent out an email to the Westlake community.

Wilson had been battling esophagus cancer for approximately two years but hadn't missed one Chaparrel football game since his diagnosis, Dodge said. Wilson was still coaching when Westlake won the UIL State Championship in 2019.

Dodge told KVUE he could count on one hand how many practices Wilson missed and it was “an incredible tribute to how tough of a man he was.”

“The legacy of Doug Wilson at Westlake HS will be about a man who never had a bad day and a coach that was very talented in the way of getting the most out of all his players,” said Dodge. “So to our friend, our coach and our inspiration, we love you Coach.”

Wilson had been employed by Eanes Independent School District for over five years. In addition to coaching track and football, Wilson taught U.S. History at The Learning Center.

A Westlake High School alumnus has set up a GoFundMe page for his family.

'You could see his eyes roll back into his head': Family of late Jevan Snead says concussions changed him