Arkansas guards Chelsea Dungee and Destiny Slocum both turned in big performances for the Hogs, going for 22 and 15 points, respectively. 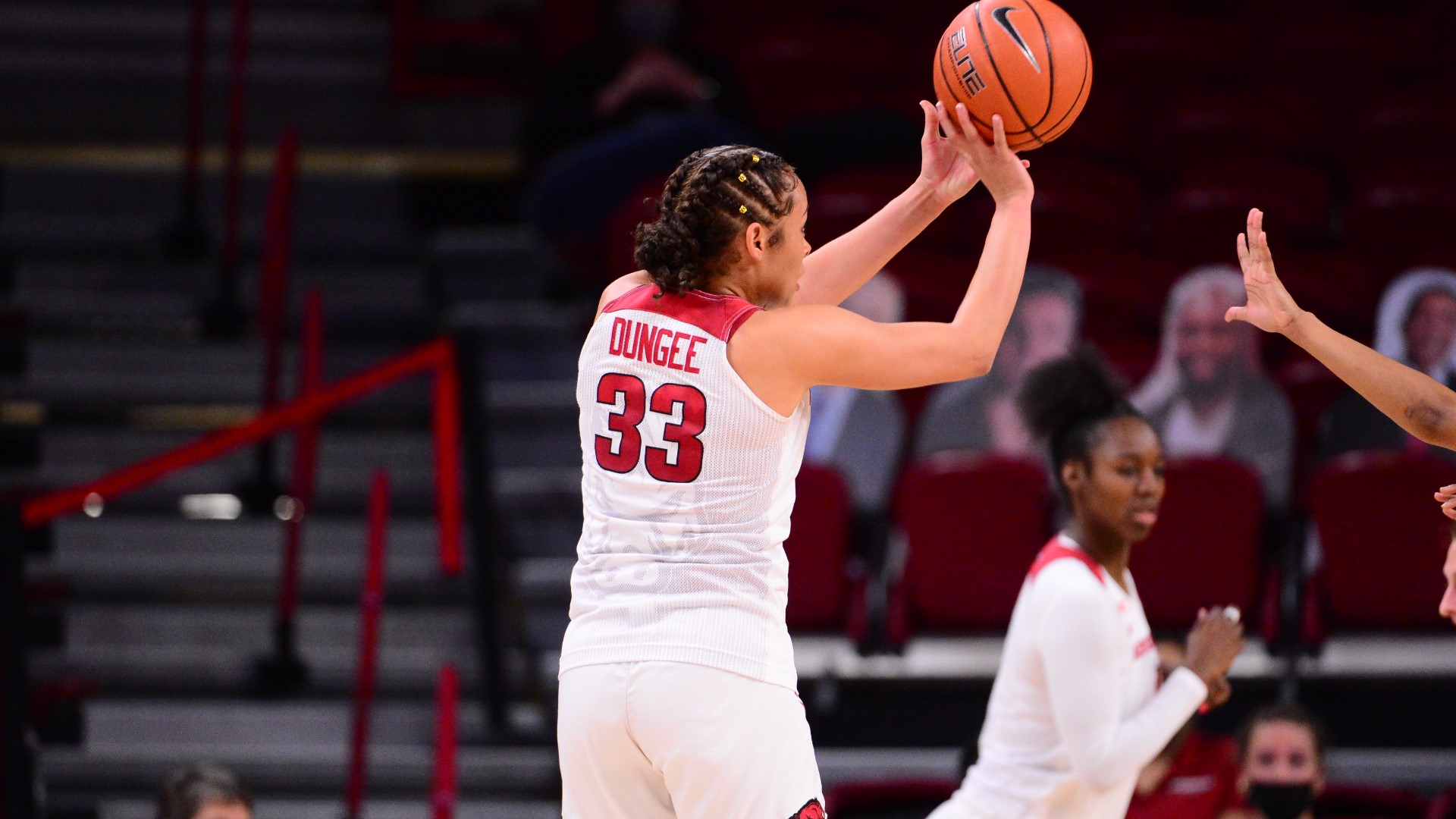 COLUMBIA, S.C. — No. 15 Arkansas (11-5, 2-4) came up short against No. 4 South Carolina (10-1, 5-0) Monday night in Colonial Life Arena, losing 104-82. Arkansas guards Chelsea Dungee and Destiny Slocum both turned in big performances for the Hogs, going for 22 and 15 points, respectively. The Gamecocks secured their 21st straight SEC win in the effort.

Arkansas shot the ball well Monday night, sticking with South Carolina on the scoreboard through the first three quarters, as the visiting Hogs shot 54 percent from behind the three-point line and 45 percent from the field. Dungee went 2-2 from beyond the arc and Makayla Daniels added two three-pointers as well. When all was said and done, five Hogs got into double-figures: Dungee, Daniels, Slocum, Amber Ramirez and Erynn Barnum.

Arkansas was able to apply pressure early on, as the Hogs managed 11 points off of turnovers before the intermission. South Carolina held a slim five-point lead at halftime, as Dungee’s 14-point showing before the break kept the Hogs in it. But the home squad turned up the dial in the second half, exploding for 62 points in the final two frames and ultimately pulling away from the Razorbacks.

South Carolina forward Aliyah Boston was a difference-maker in this one, scoring 26 points while grabbing 16 rebounds and blocking six shots in the contest.

The Razorbacks will have the rest of the week off and will return to the court next Monday, Jan. 25 to take on the Georgia Bulldogs in Athens, Ga. The SEC Network will broadcast the game, and tip is set for 6 p.m. CT.