he Razorbacks rallied from a deficit of at least three runs for the 13th time this season, including for the eighth time at home. 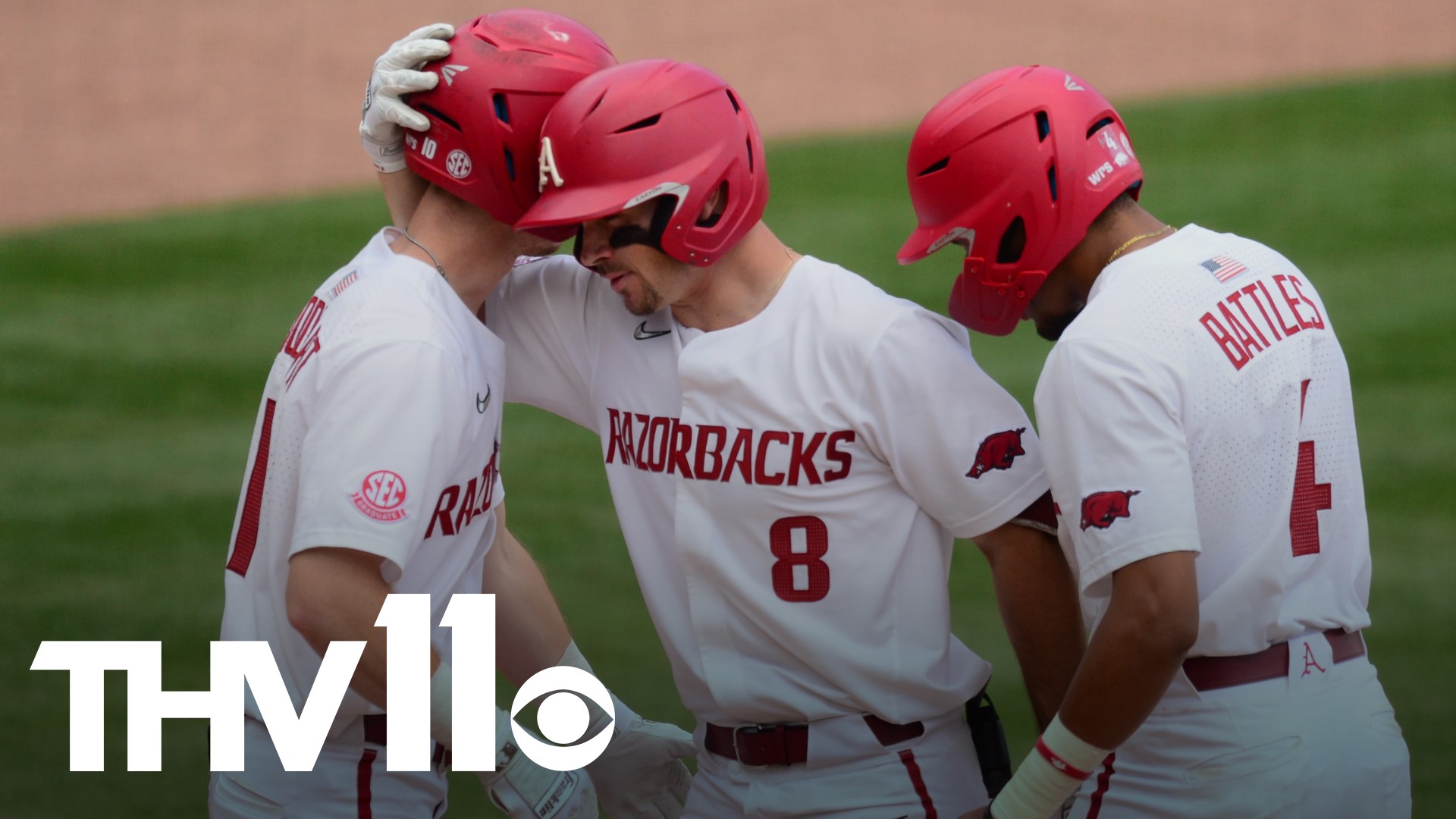 No. 1 Arkansas used the long ball to overcome an early three-run deficit and outslug NJIT, 13-8, in the first game of the NCAA Fayetteville Regional on Friday afternoon at Baum-Walker Stadium. The Razorbacks rallied from a deficit of at least three runs for the 13th time this season, including for the eighth time at home.

Jalen Battles swatted the Hogs’ fifth homer of the day in the fifth, extending Arkansas’ lead to 10-3 with his sixth home run of the year.

Kevin Kopps, who entered the ballgame with two outs in the top of the fourth inning, twirled 2 1/3 perfect innings in relief to earn his 11th victory of the year. The Collegiate Baseball Newspaper National Player of the Year struck out one along the way, silencing the Highlanders’ offense across the game’s middle innings.

Arkansas used seven pitchers, including Kopps, in the game as starter Caleb Bolden lasted 1 1/3 innings before giving way to the bullpen. Ryan Costeiu tossed 1 1/3 innings of scoreless ball out of the pen, striking out three in his appearance.

The Razorbacks, now 47-10 overall on the year, advance to winners’ bracket and will play the winner of Friday night’s ballgame between Northeastern and Nebraska at 8 p.m. Saturday, June 5.