The Razorbacks pounced on the Tiger bullpen in the seventh, rallying for five runs to grab the advantage heading into the eighth. 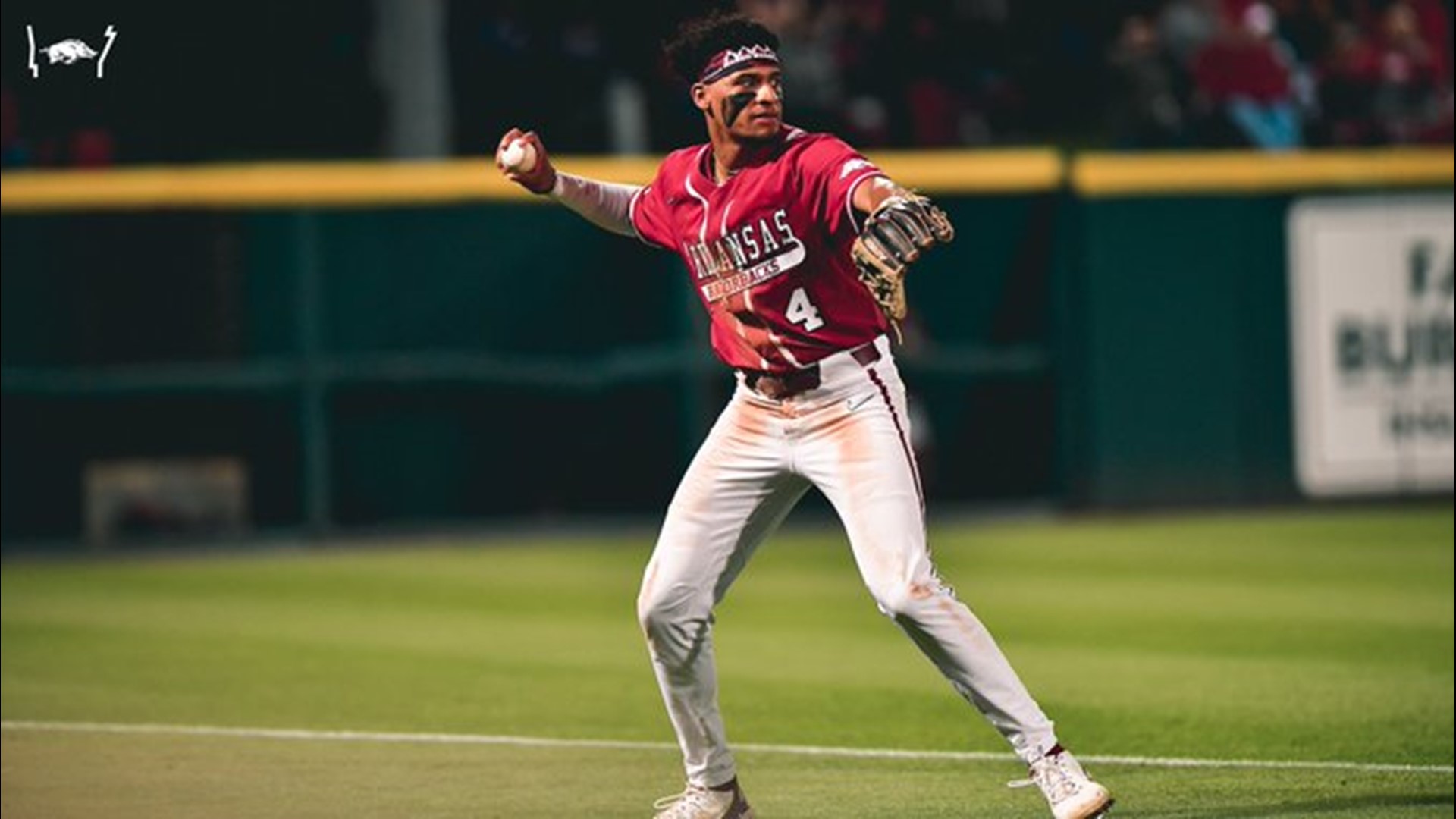 FAYETTEVILLE, Arkansas — Game two of the Arkansas-Auburn series went the way of the hometown Hogs on Friday night, with the Hogs taking down the Tigers, 6-5, thanks to some late-night heroics by the Arkansas bats.

Baseball America’s No. 1 team in the nation was led by a team-effort that saw four different players record an RBI and three bullpen arms hold Auburn to just two runs in over six innings of work.

Arkansas improved to 21-4 on the season, including 6-2 in the SEC, with the win Friday night.

Auburn starter Jack Owen continued the Tigers’ dominant pitching from Thursday night into the start Friday, dealing 5.1 scoreless innings and allowing his squad to claim a 4-0 lead before his departure. But the Razorbacks pounced on the Tiger bullpen in the seventh, rallying for five runs to grab the advantage heading into the eighth.

The Tigers answered the call the following inning, knotting the game up at five, but there was no denying Arkansas on Friday, as the Hogs produced a run off of a wild pitch in the bottom half, reclaiming the lead.

Razorback reliever Kevin Kopps was phenomenal in relief again in game two, punching out two to earn the save and the win for the Hogs.

Zebulon Vermillion lasted 2.2 innings in the starting effort and was relieved by Peyton Pallette who dazzled Friday night, allowing just one run on two hits in 4.1 innings of work while notching five strikeouts.

The crucial seventh inning was kickstarted by a Christian Franklin double off the right-field wall, awakening the Baum-Walker faithful. Base knocks by Cayden Wallace and Casey Opitz followed to bring the Hogs within two runs.

In one of the biggest ABs of the game, pinch-hitter Zack Gregory took Auburn reliever Richard Fitts to deep left field off the wall, coasting into third with an RBI-triple.

Robert Moore tied the game later in the inning with a bullet single back up the middle to give the Hogs a one-run, 5-4 lead.

After a game-tying home run by Tiger outfielder Steven Williams, the Razorbacks worked a couple walks and loaded the bases with one out, and Wallace scored from third on a wild pitch as the ultimate game-winning score.

The Hogs and Tigers will meet for the weekend’s rubber match at Baum-Walker on Saturday at 2 p.m. CT.