Bryant became the first team since Pine Bluff in the 90's to win three straight state titles in the state's biggest classification. 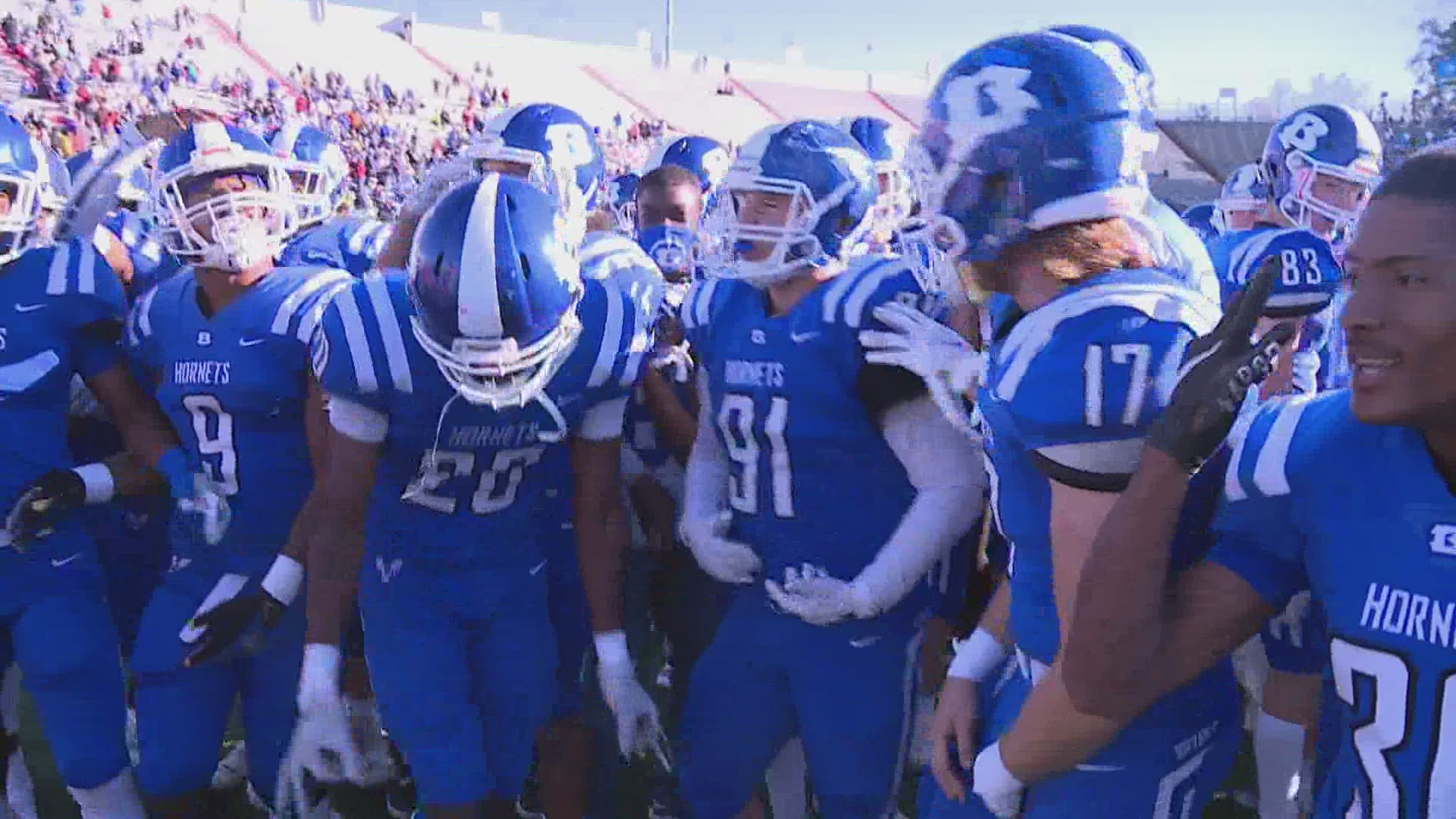 LITTLE ROCK, Ark. — Another season, another state championship for Bryant.

The Hornets jumped out to a 20-0 lead before North Little Rock fought back with back-to-back touchdowns from Fred O'Donald. O'Donald finished the game with 129 rushing yards and two touchdowns.

Not to be outdone the MVP went to Bryant running back Tanner Anderson. Anderson rushed for 146 yards and two touchdowns including the game winner with 3:04 left in the game.