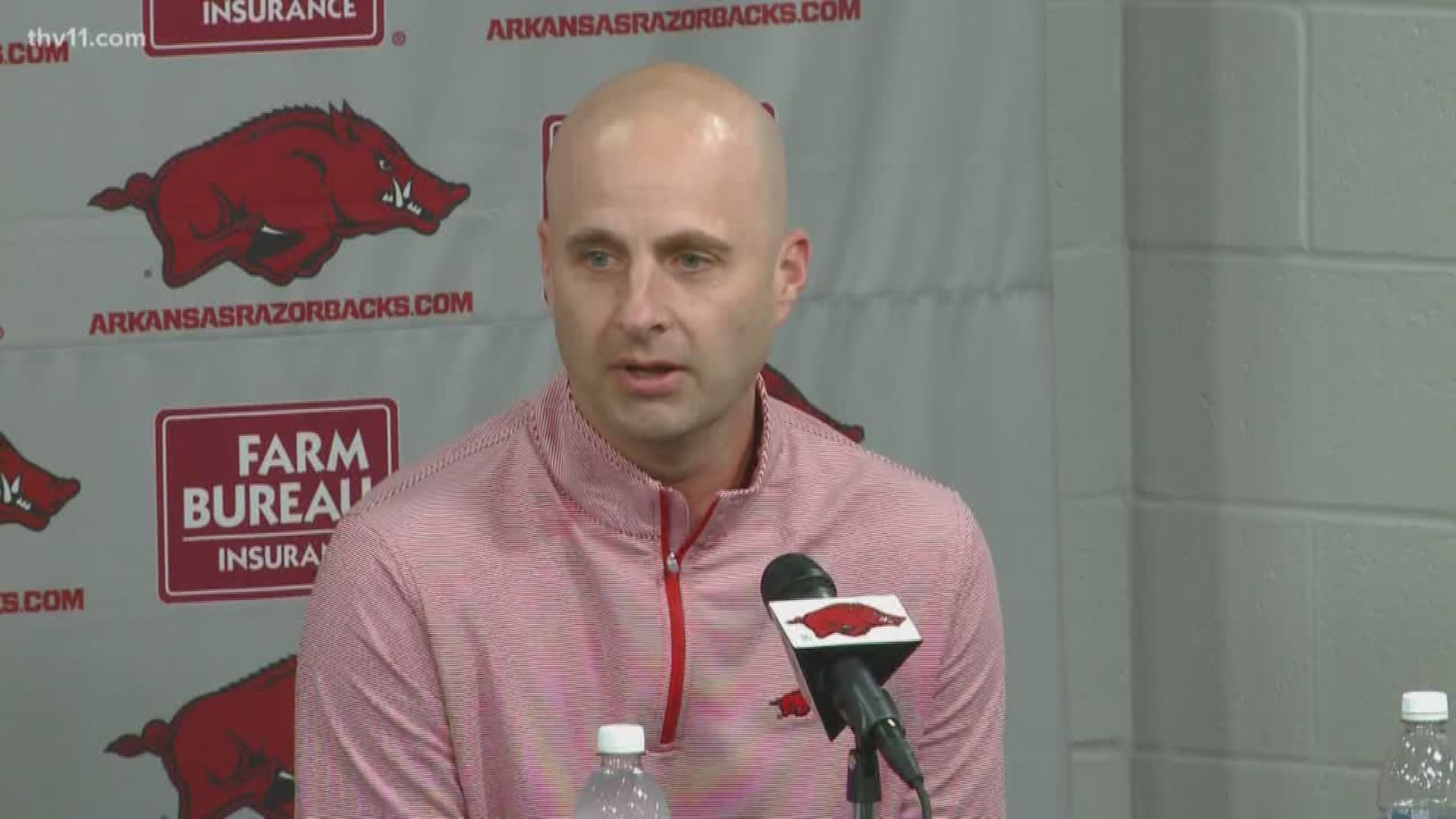 During his time as head coach, Morris ended up with a record of 4-18 and never won an SEC conference game. Morris also has the worst winning record of any head coach in Razorbacks history, not including interim coaches.

The Razorbacks have not won an SEC game since October 28, 2017, when they beat Ole Miss under Bret Bielema.

Morris, who was in his second season as coach, was fired after losing to Western Kentucky 45-19. The Hilltoppers were led to victory by former Hogs quarterback Ty Storey, who lost his starting position under Morris.

Yurachek said he made the decision after he believed the football program "had taken a step back in recent weeks."

"Barry Lunney is a former student-athlete. He's a Razorback through and through," Yurachek said. "I know I will get Barry's best throughout the next three weeks."

Lunney Jr. said he knows the range of emotions the players are dealing with because he went through something similar when he was QB for the Razorbacks.

"I have no doubt I'm the right guy for the moment," Lunney said.

In regards to the Morrs buyout, Yurachek said the school will pay Morris 70% of his contract and his contract does not include a lump sum buyout.

Facing questions of what the search for the next head coach will be like, Yurachek said he wants "to get the best guy in here."

"Quite honestly, I know I have to get this search right," Yurachek said. He said his first step is that the Razorbacks have to be competitive.

"Everybody at our table has been through this. What you can't lose sight of is we don't owe anything to anyone other than our players," Lunney said.

Both Yurachek and Lunney said the turning point for the team began after the loss to Kentucky. Lunney said the players lost a little bit of heart after that game and "it hurt and stung them" and they haven't been the same since.

The Razorbacks remaining two games are against no. 1 LSU and the Missouri Tigers. LSU is fresh off a victory against perennial powerhouse Alabama and Missouri is still looking to be bowl eligible.

The Razorbacks will take on the LSU Tigers on Saturday, November 23 at 6 p.m. on ESPN.

We will embed the live press conference into this article when Hunter Yurachek and Barry Lunney Jr. speak at 12 p.m.

RELATED: Craig's Twist on Chad Morris firing: 'We've been through this before, you know'