Trey Reid, Assistant Chief of Communications for the Arkansas Game & Fish Commission (AGFC) said frustrations are aplenty for hunters across the state, including himself. 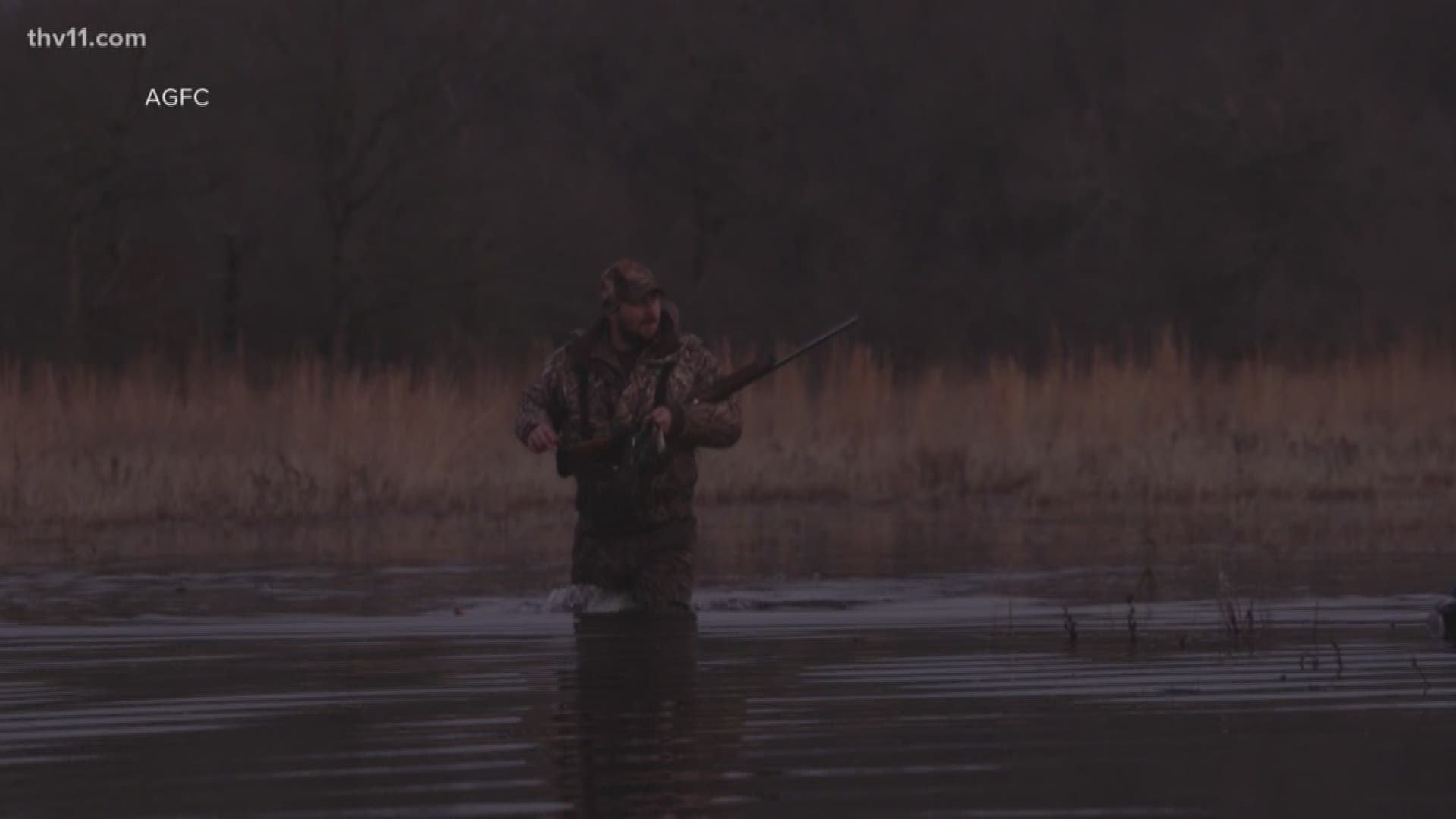 Duck hunting is a way of life in Arkansas, but hunters and wildlife managers agree that it's been a disappointing season. And with just a few days left to go, hunters said the ducks are few and far between.

“I’ve been duck hunting since I was 10 years old. It’s something I love and look forward to every season” avid duck hunter Chad Hamlin said.

Decades later, Hamlin said he enjoys taking his family, friends and clients out duck hunting any chance he gets.

Hamlin described this duck season as one of the worst that he can recall.

“The lulls have been big lulls, where we maybe didn't fire a shot some days, but there's other times when the ducks are definitely there,” he said.

Trey Reid, Assistant Chief of Communications for the Arkansas Game & Fish Commission (AGFC) said frustrations are aplenty for hunters across the state, including himself.

“As a general rule, I think it's been a disappointing, tough and frustrating season for Arkansas duck hunters,” Reid said.

Reid said aerial surveys conducted by AGFC showed a “slightly below average” number of ducks in Arkansas this season. More specifically, the latest count indicated the number of mallards was about 60 percent less than normal.

For years, Arkansas has led the nation in the number of mallards harvested, Reid said. He believes that will be the case once again this season, despite the disappointing season.

“Nobody wants us to have a good duck season as much as we do at the Game and Fish Commission,” Reid said. “We want hunters to have success. We want people to enjoy the resource, and it's frustrating for us too.”

Amid that frustration, hunters have shared a variety of theories on what might have caused a less-than-stellar duck season. AGFC believes it's largely due to factors beyond its control.

“We were 20 inches above normal rainfall in 2018 in Little Rock,” Reid said. “There's water everywhere, and it's not just in Arkansas. It's in states to our north. Throughout the Mississippi and Central Flyways there’s a lot of water on the landscape so ducks have a lot of places to go. When there’s hunting pressure they move, and they have plenty of places to get away from that hunting pressure,” he said.

“We haven’t really done anything different,” Reid said of AGFC. “All we can do is set the table, create good habitat here and then hope the ducks get here. Unfortunately, the ducks didn't get here in the numbers that they usually do, and the ones that did have been very spread out because of so much water on the landscape,” he said.

As this tough year of duck hunting comes to a close on Sunday, Hamlin is hopeful the flocks will soon return in full force.

"We're always excited about duck season, regardless of how bad the year before was,” Hamlin said. “We'll be ready. We'll be out there regardless, and hopefully, it’s different.”

A lower-than-average duck season is affecting more than just hunters, though. Diane Givens, owner of Givens Taxidermy in Stuttgart, said she has only stuffed about one-third the number of birds as she did last year. Several sporting goods stores tell THV11 they too have seen a drop in business this duck season.