'I didn't regret it all' | Daniel Gafford reflects on his Razorback career, Mike Anderson

Gafford is training in Miami ahead of June's NBA Draft. 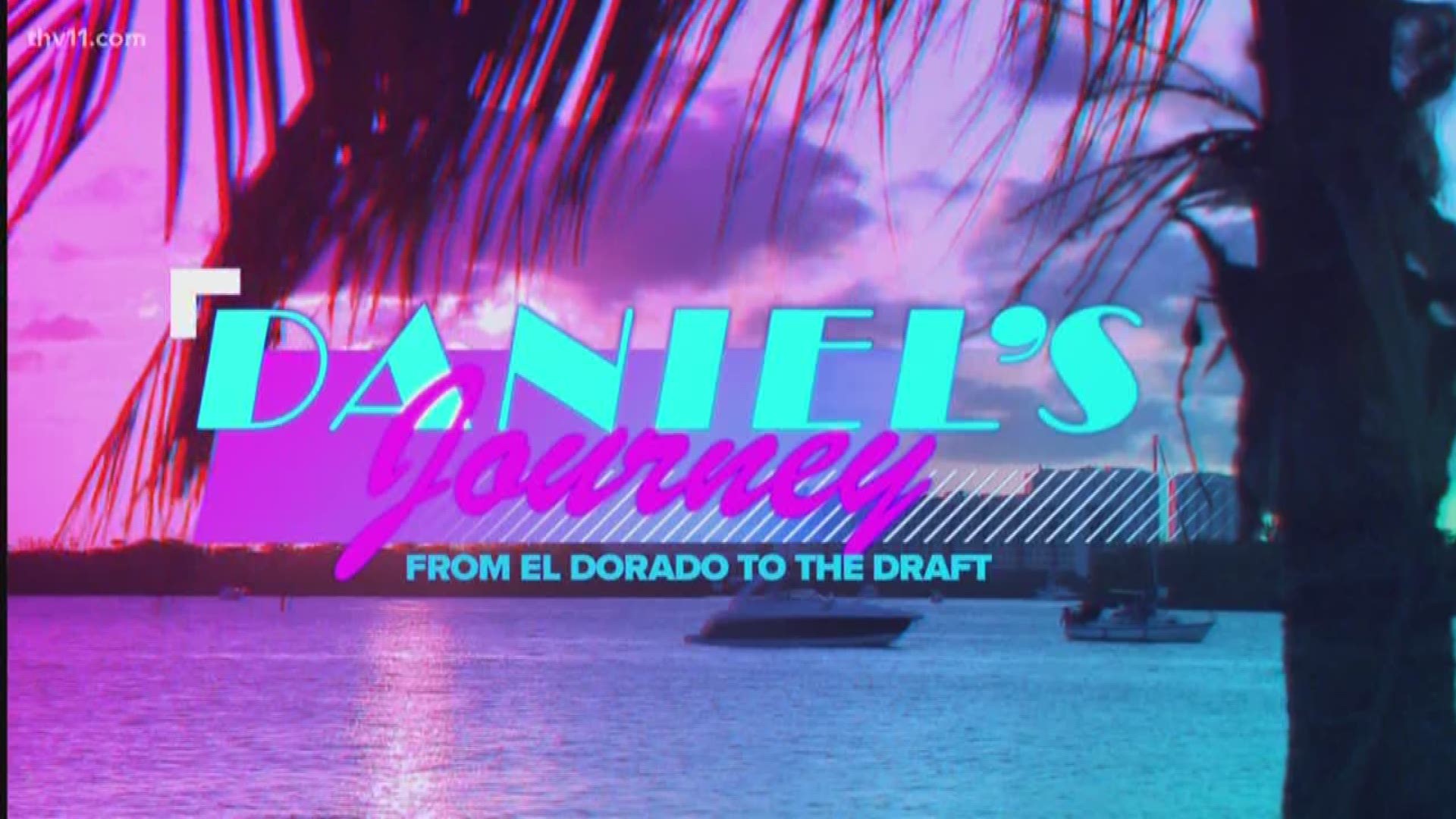 In this sea-side paradise, many come to find rest and relaxation.

But Daniel Gafford comes to prepare.

The lone person along this strip of sandy shore, Gafford trains for the NBA, with each stride carrying him closer to the next step in his career.

It's here, more than 13,000 miles from Fayetteville, where Gafford finally has the distance he needs to reflect on his Razorback career.

"I didn’t regret it at all," Gafford said when asked about coming back for his sophomore season.

"Because I came back for a reason. I came back to play at Arkansas for one more year, and to prepare myself for this process."

And, as it usually does, distance lends itself to perspective.

"I know there was a lot of things I could’ve done better," Gafford said.

"Looking back, I’ve seen some stuff and dealing with people from the Elite Skills Training program with the training and stuff, they’ve showed me things I could’ve done better and things I could’ve actually done at certain times in those games that could’ve helped us out a lot."

Gafford led the Razorbacks with 16.9 points and 8.7 rebounds per game this season, with a shooting percentage of .660. That's more than Reggie Chaney at .553. Despite that, Gafford still said he feels like he didn't do enough.

"I was the one guy that they looked to every time and I never came up sometimes for some games," he said. "Most of the games that we played were real big games, and most of those games, I didn’t show up."

Accepting that this could be a piece of his legacy at Arkansas is the maturity that Gafford wanted to gain when he returned to Fayetteville following his freshman year.

"During the season, it used to dwell on me a lot," Gafford admitted. "But as you know, I’m growing as a person, you tend to mature, you tend to just let that brush off your shoulder."

The losses, though disappointing, are part of the game. They are something professionals, like the one Gafford will become, learn how to live with.

But there's one thing that Gafford didn't get to do. And that's to say goodbye on his own terms.

"He took it pretty hard," said Gafford, about his conversation with former Arkansas head basketball coach, Mike Anderson, when Gafford told him that he was declaring for the draft.

"I mean, as a coach he basically let me know his side of how he feels about it," Gafford said.

Gafford said they never discussed what happened next.

Anderson announced during his pre-Providence press conference that Gafford was going pro and foregoing his opportunity to play in the NIT.

Gafford said he had no idea Anderson was making the decision public.

"It caught me off guard," Gafford said. "I didn't expect it to be a press conference that day, to be honest. I felt like I could've had some more time to figure out how I wanted to tell everybody and you know, build up to it. But it happened the way it did and you can't change it."

But Gafford maintains he holds no ill will about the way things went down.

"I mean, they're just doing their job," he said. "It was either going to get out there with me or with them. I wanted it to be with me, but they put it out there first."

When asked how he'd like to say good to Razorback fans, Gafford said this:

"Thank you for the love and support that they always gave to me, night in and night out. Through hard fought games. The fans, the actual fans that's out there, that actually gave their hearts to the team, they know who they are. Thank you for all the things that they did for the team."