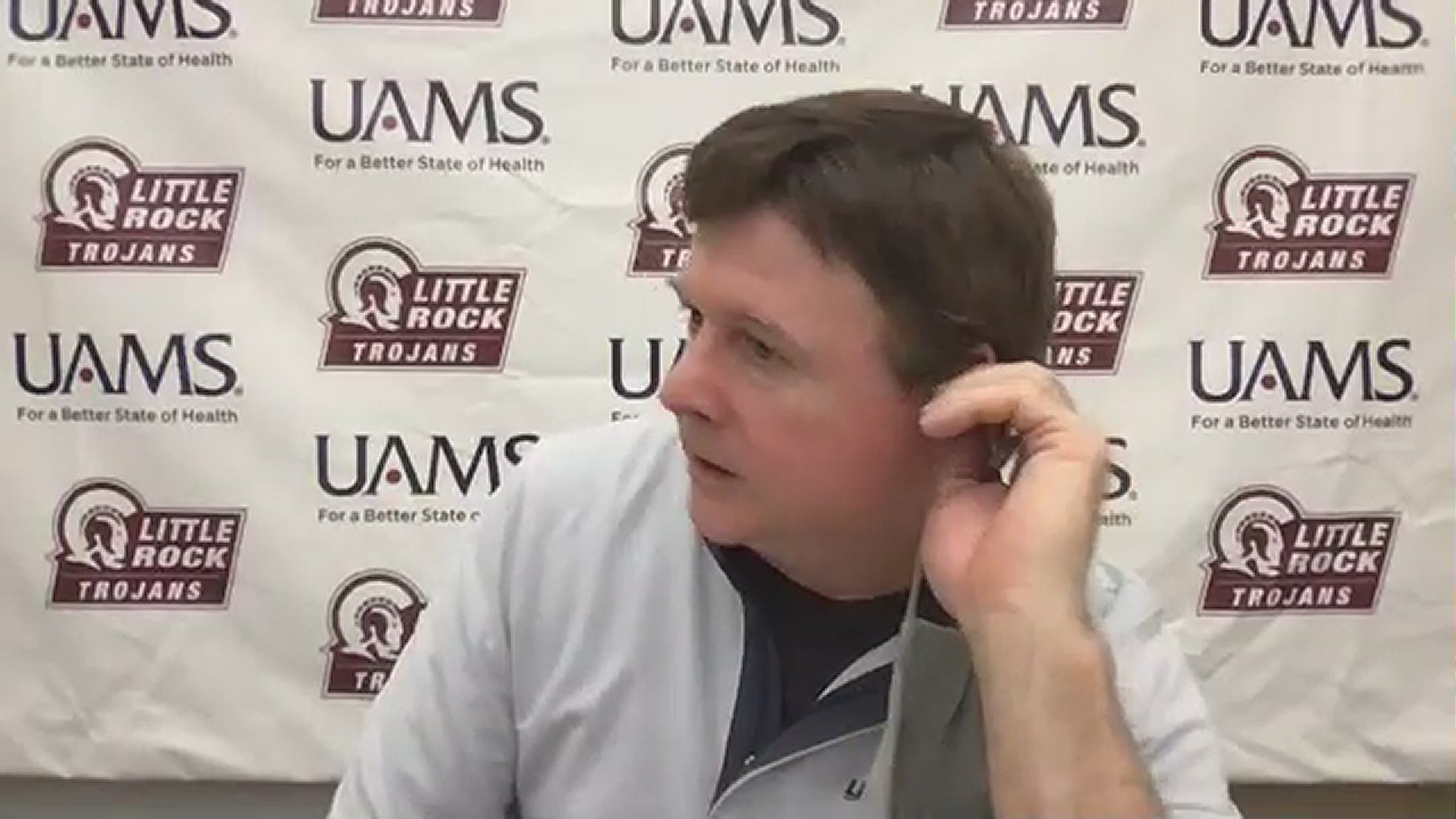 Playing its third game in four days with just a seven-player rotation and only 10 available players, Little Rock (6-6, 2-3 Sun Belt) found itself in search of a fourth quarter energy spurt that would not materialize. Louisiana (5-5, 4-1) extended its lead on the league’s West Division thanks to out-scoring the Trojans, 20-11, in the final quarter.

That fourth quarter scoring imbalance came as the Ragin’ Cajuns were perfect from the field (6-for-6) over the final 10 minutes, a complete turnaround from the first quarter when they failed to convert a shot from the field in nine attempts. The host Trojans, meanwhile, started hot from the field with a 53.3 percent mark (8-for-15) in the opening frame but were just 6-for-26 (23%) in the second half.

Scott’s performance was a glimpse into the Trojans fortunes, scoring 13 points in the first half but was limited to just four points after the intermission.

In fact the entire team went cold late in the game, unable to hit a basket over the final six minutes of play and only scoring on a trio of free throws. Louisiana took advantage of the cold-shooting Trojans and ended the game on a 13-0 run over the final three minutes.

The Ragin’ Cajuns were led by Destiny McAfee’s 14 points while Skyler Goodwin added 12. Ty’Reona Doucet had a game-high 12 rebounds.

Little Rock, in the midst of a five-game homestand, returns to the Jack Stephens Center to host ULM on Friday.