The Razorbacks shot 55 percent from the field, including 21 of 34 in the second half, and outscored Rice 42-26 in the paint. 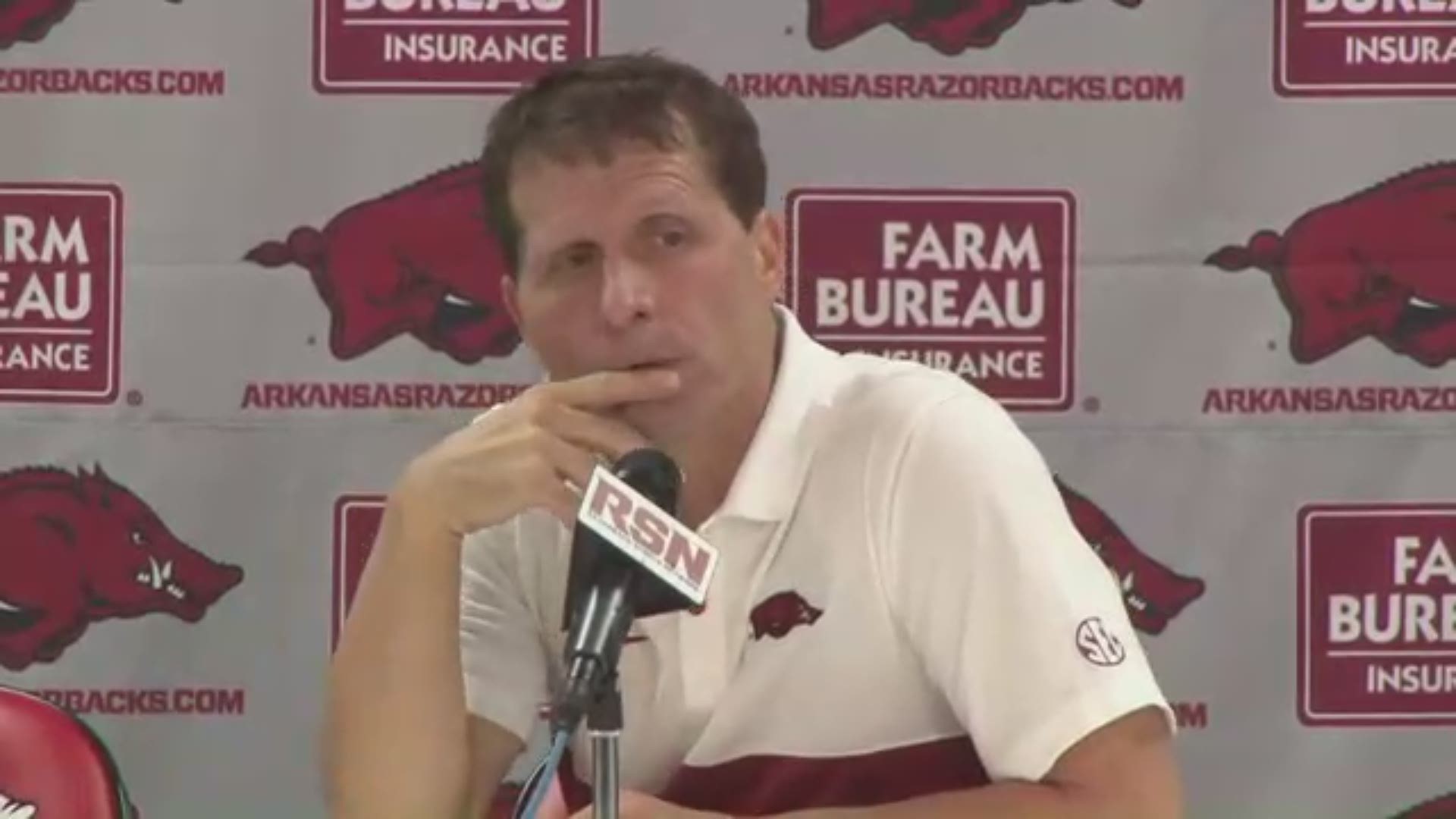 FAYETTEVILLE, Ark — It is no secret that Arkansas is going to be an undersized basketball team.

The lack of height ended up not affecting the Razorbacks, who won the rebounding battle 45-27 and cruised past Rice on Tuesday night, 91-43 in a season opener for both teams.

"We're trying to out-react people because we're a little bit smaller, so that's what we're going to have to do," Arkansas coach Eric Musselman said. "I thought the effort tonight was great. We'll see how it is against North Texas."

Musselman was coaching in his first game for the Razorbacks since taking over for Mike Anderson, who was fired on March 26 after eight seasons.

Mason Jones had a career-high 32 points for the Razorbacks, while Isaiah Joe had 24 points and seven assists. 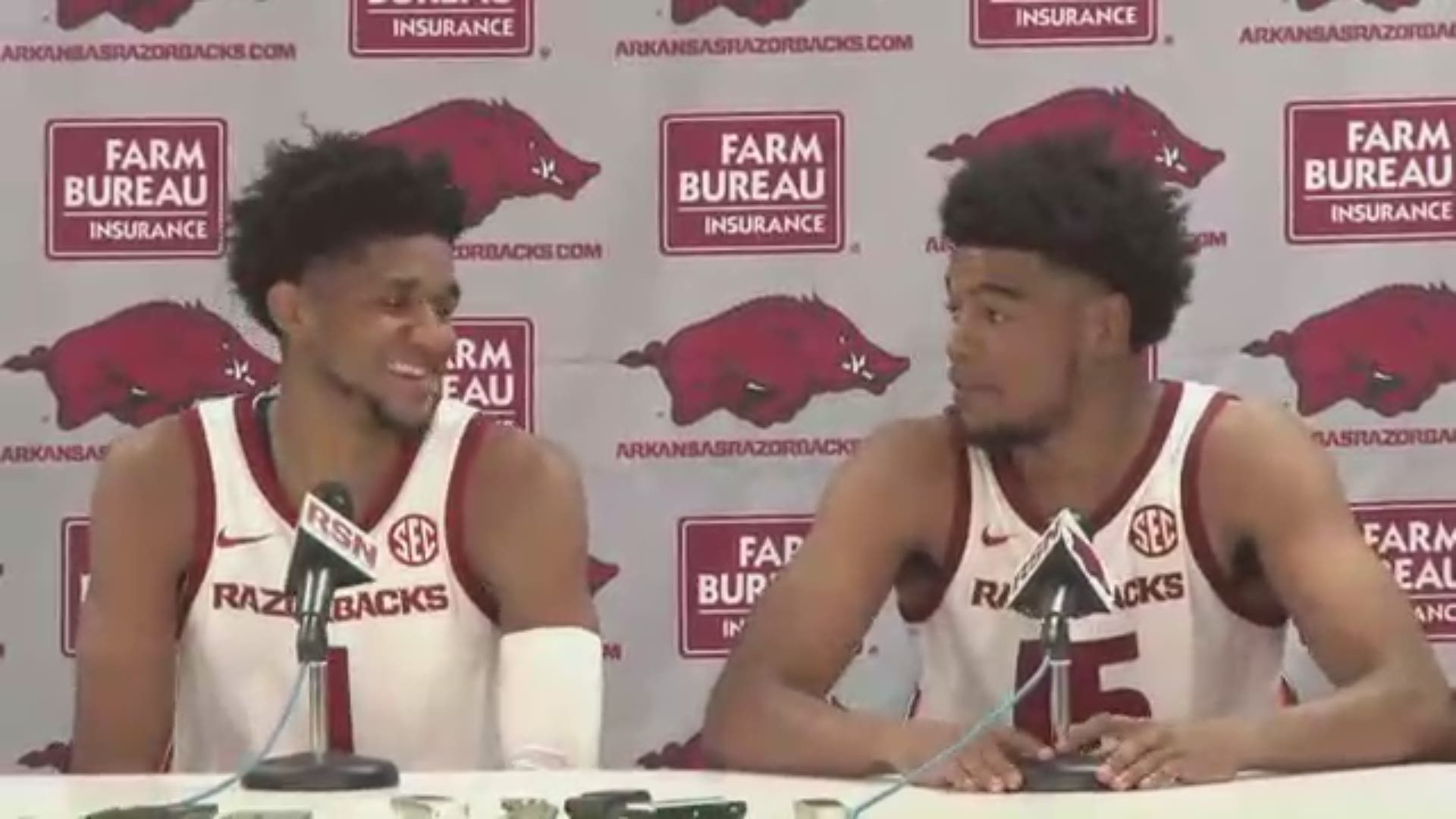 "We came in ready to play," Jones said. "We really took this week hard. The coaches stayed on us. They didn't let us relax, and they told us to take Rice like we were playing an SEC team."

Arkansas shot 55 percent from the field, including 21 of 34 in the second half, and outscored Rice 42-26 in the paint.

The Owls turned the ball over 27 times and only managed to shoot 29% from the field and went 0 for 12 from behind the 3-point arc in the second half, finishing the game at 8%.

"Defensively, the effort, we understand who we are," Musselman said. "We talk about it all the time. We're not big. We're not dominant in the paint. I thought we were phenomenal going vertical, meaning straight up and down, making the defense inside the paint interior shoot over extended hands, not trying to block shots."

The only glaring negative for Arkansas was 21 turnovers, but Rice was only able to convert them into 19 points.

"Some of them were unforced," Musselman said. "It's kind of been that way since I've been here. You know, that's just one of our areas that we're going to keep talking about."

Arkansas: The Razorbacks were picked to finish 11th by the league's media back in mid-October in a league that expects to send six or even seven teams to the NCAA Tournament.

Jalen Harris' shooting was much maligned a year ago, but the point guard came off the bench for Arkansas and was 3 of 4 from the field and made both 3-pointers he took, finishing with 10 points.

Arkansas forward Connor Vanover's status had been in limbo until a few hours before tipoff on Tuesday, when the NCAA said that his waiver request had been denied and he would be ineligible for the 2019-20 season after transferring from California.

Musselman sent out a statement before the game that sophomore Reggie Chaney had been suspended indefinitely.

Chaney, a 6-foot-8 forward, averaged 5.4 points, 3.5 rebounds and 1.4 blocks last season. He will be allowed to practice with the team until he meets the terms of his suspension.

Arkansas: The Razorbacks host another Conference USA foe in North Texas next Tuesday.