Cardinals Athletic Director, Beau Thompson, told THV11 Monday that the Farmington Board of Directors will vote on the hire on January 25 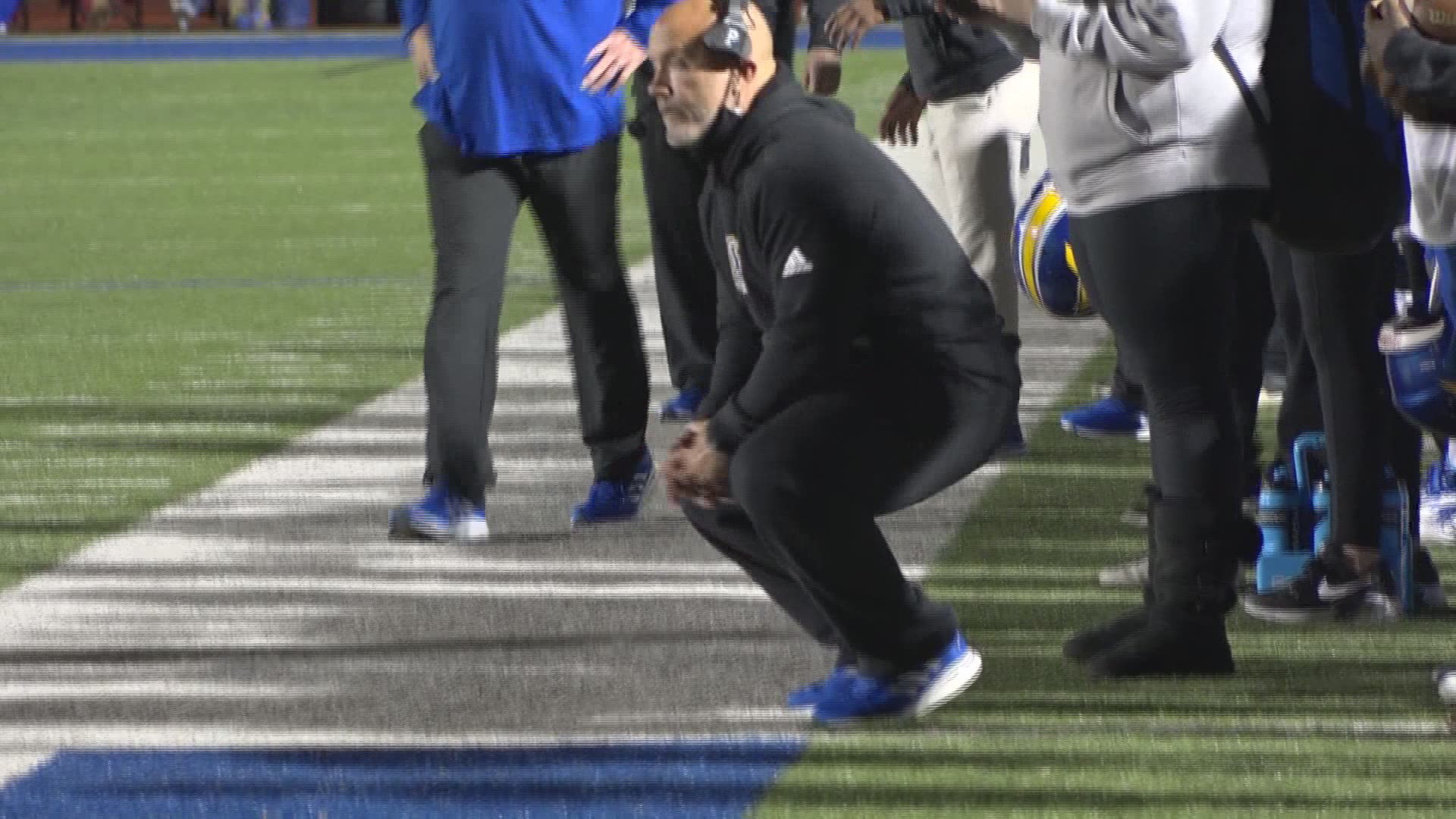 NORTH LITTLE ROCK, Ark. — Less than a year after taking over at North Little Rock, J.R. Eldridge may be on the move again.

On Monday afternoon, Farmington Athletics officially announced that Eldridge was the "lone finalist" to fill its head football coaching vacancy. Cardinals Athletic Director, Beau Thompson, told THV11 that the Farmington Board of Directors will vote on the hire on January 25.

In a press release Eldridge said,

“I am grateful to Mr. Laffoon, Coach Thompson, and the interview committee for choosing me as the candidate who will be presented to the Farmington School Board for the head coach position at Farmington High School. I am excited about the opportunity to make a positive difference in the lives of players, compete for state and conference championships, and build lasting relationships within the Farmington community”, said Eldridge.

Eldridge took over at North Little Rock on March 30, 2020 after spending nine years as the head football coach at Arkadelphia.

In his first year, Eldridge led the Charging Wildcats to a 12-2 overall record, and the program's fifth-straight 7A state championship game.