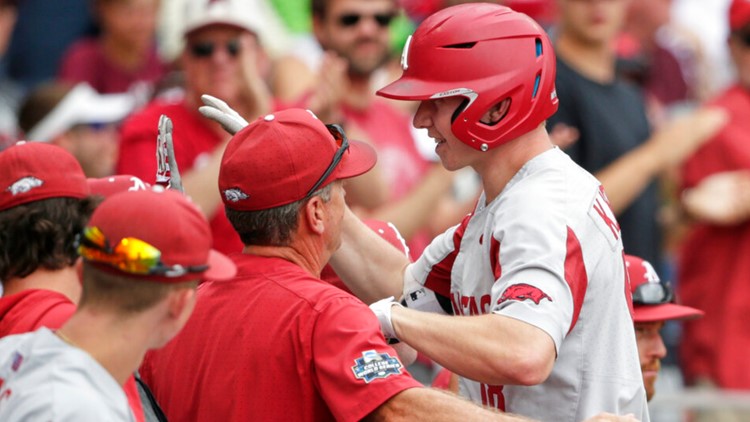 Photo by: AP
Arkansas' Heston Kjerstad is greeted at the dugout after hitting a solo home run against Texas Tech in the second inning of an NCAA College World Series baseball game in Omaha, Neb., Monday, June 17, 2019. (AP Photo/Nati Harnik)

It is the second time this winter he’s been recognized on a first team ballot, getting the same recognition from Collegiate Baseball, and third overall, as Perfect Game placed Kjerstad on the outlet’s second team list.

With his 58 RBIs in 2018, the feat made him the first Razorback to have 50 or more in his first two seasons since Rodney Nye in 1988 & 1999. He finished the year with 24 multi-hit performances, good for third on the team, with half of his multi-hit games consisting of three or more. Kjerstad finished the 2019 season as a Second Team All-SEC honoree.