Kjerstad was selected second overall in the 2020 Major League Baseball Draft by the Baltimore Orioles, making him the second-highest draft pick in school history. 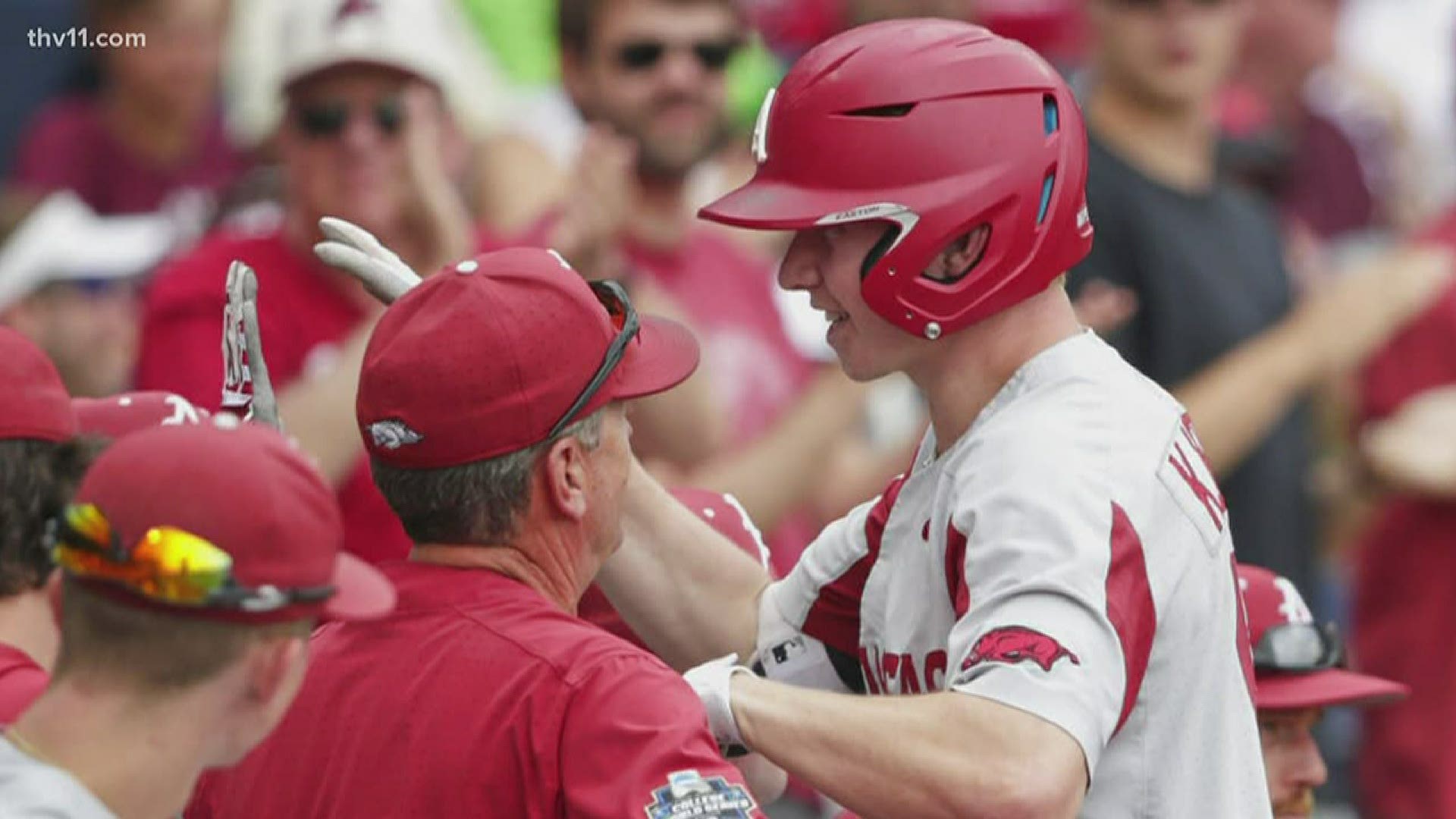 Earlier this summer, Kjerstad was named to the Academic All-District First Team, then was selected by a vote of individual members of CoSIDA, as well as the Academic All-America Core Committee, the CoSIDA Board of Directors and CoSIDA staff members.

Kjerstad was selected second overall in the 2020 Major League Baseball Draft by the Baltimore Orioles, making him the second-highest draft pick in school history.

A junior majoring in recreation and sport management, Kjerstad wrapped his third season with the Razorbacks, beginning the year on the USA Baseball Golden Spikes Award watch list for the second-straight season, while also earning Preseason First Team All-SEC accolades from the league’s coaches. The accolades did not stop there, with Kjerstad gaining recognition from five outlets en route to unanimous first team preseason All-America honors.

Kjerstad quickly backed up the initial praise, putting together a .538/1.667/.643 line at the plate in the opening series against Eastern Illinois. He went 7-for-12 overall over the three games, recording five extra-base hits, including four home runs, two in the opener and two in the finale. He also had 10 RBIs, scoring six times and walking twice, finishing with 20 total bases.

Every hit during the opening weekend brought in at least one run, while his four homers made him the first Razorback since at least 2002 to accomplish the feat in the first series of the year. The performance at the plate earned him Collegiate Baseball National Player of the Week and SEC Co-Player of the Week, both honors for the first time in his career.

The hits kept coming, all season, as Kjerstad recorded at least one hit in every game of 2020, with multiple hits in 10 of the 16 contests. All three games at the Shriners Hospitals for Children College Classic featured multi-hit performances, placing him on the all-tournament team behind a .538 batting average during the weekend.

His fifth dinger of the year came in Houston against Texas, but one of his biggest home runs of the season came in the final weekend of the season against South Alabama. Tied at three and facing a 2-2 count with two outs in the ninth inning, Kjerstad rocketed a two-run homer over the wall in right field to clinch the series win. It was the first walk-off home run by a Razorback in exactly seven years (March 8, 2013) and helped exorcise the demons of what had a been a rough five-game stretch heading into the series.

As the season came to a close quicker than anyone imagined, the constants that everyone on the Hill anticipated and hoped for remained the same. Kjerstad led the team in seven offensive categories, pacing the conference in hits (30), total bases (53) and slugging percentage (.791), as well as a close second in batting average (.448), while getting recognized by D1 Baseball as the best hitter in the SEC in the outlet’s wrap-up of the year.