The photo was donated in 2007 as a gift of the artist and ESPN, and was moved out of storage Monday morning following Bryant's death in a helicopter accident. 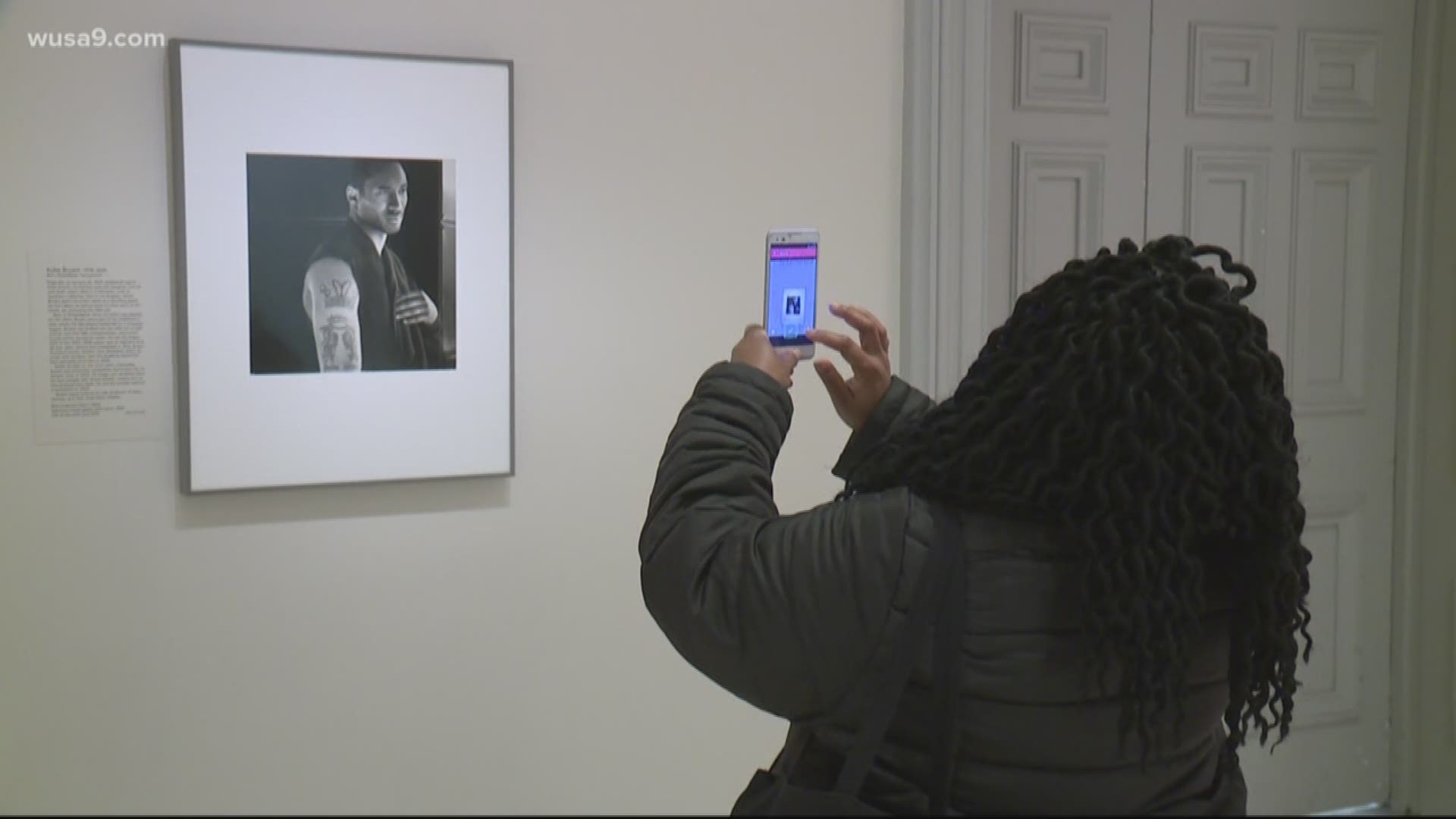 WASHINGTON — Basketball legend Kobe Bryant was killed in a helicopter crash Sunday afternoon, which tragically claimed the life of his 13-year-old daughter Gianna and seven others. In his memory, the Smithsonian’s National Portrait Gallery will be displaying a 2007 photo of Bryant on the first floor of the museum until further notice.

The selenium-toned gelatin silver print was gifted by the artist, Rick Chapman, and ESPN to the Smithsonian institution, and is approximately 14 by 14 inches, on a mount of 21.5 by 20 inches. NPG spokesperson Brendan Kelly said that the photo was taken out of storage and placed to be the first thing visitors see when they walk into the first exhibit space at the museum.

D.C. native Angela Frazier stopped by the NPG Monday morning to take in the portrait, and got choked up as she reflected on years of watching Bryant play.

"Yesterday was heartbreaking for myself and my entire family, as we watched Kobe Bryant play for 20 years for the Lakers," Frazier said. "I'm still trying to come to the realization that he's gone. Take a page from Kobe, and pay it forward."

RELATED: Kobe Bryant was instrumental in launch of National Museum of African American History and Culture

Bryant already had a presence in D.C.'s museums as a signed No. 8 Lakers Jersey hangs in the sports exhibit at the National Museum of African American History and Culture, along with the one he wore as No. 24 in the 2008 NBA Finals. Bryant and his wife Vanessa had given at least $1M in financial support to the NMAAHC, and are listed as "Founding Donors" on the museum's website. 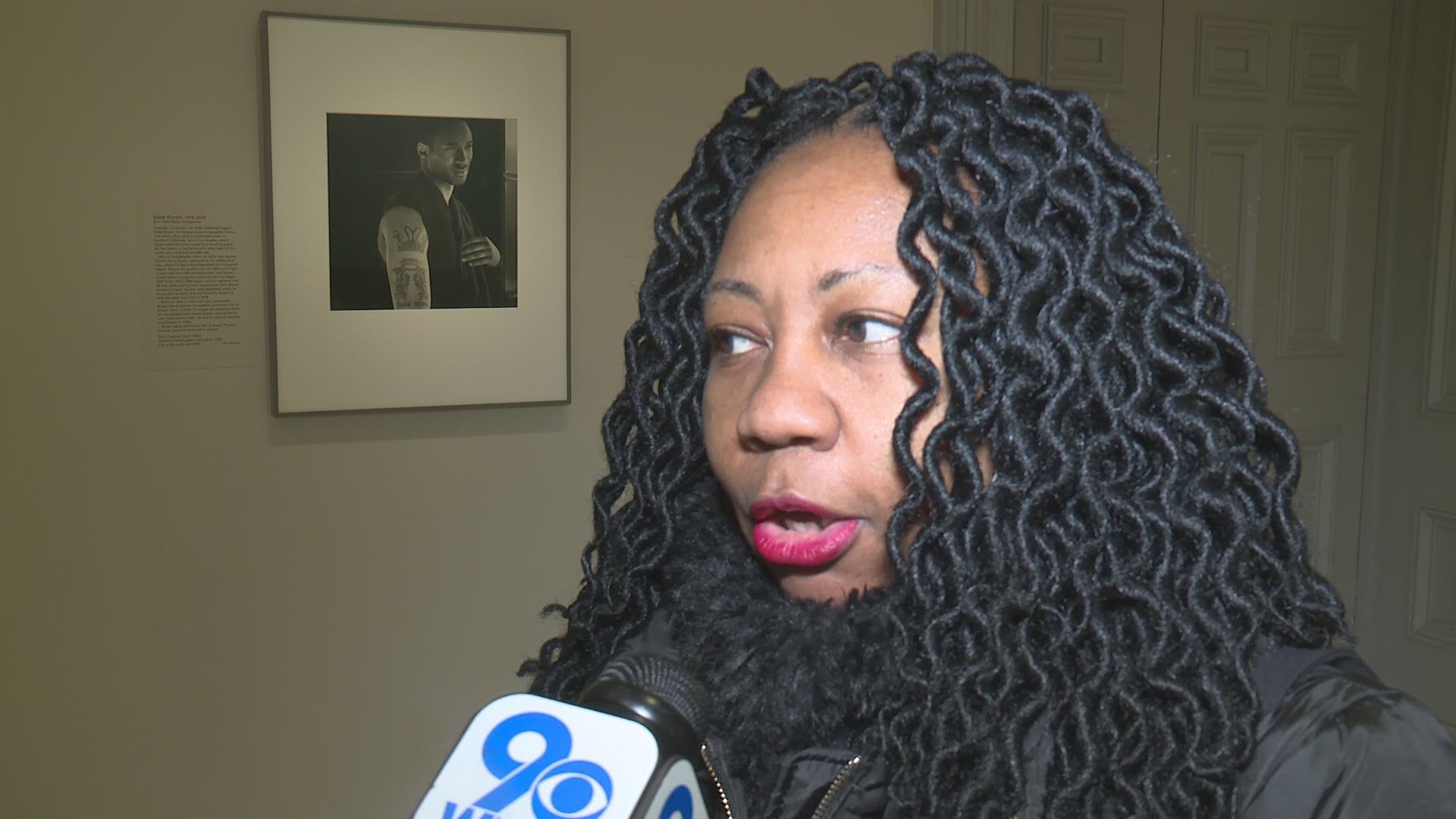 Off the court, Bryant was known for his philanthropy efforts and community work, including the foundation he founded with his wife in 2006 to financially support young people in "life-changing experiences designed to broaden their global perspectives," according to their mission statement.

RELATED: From hero to villain and back again, Kobe Bryant took us all on a journey that ended much too soon

In Bryant's last game in D.C. during his farewell tour in the 2015-16 season, fans brought signs, cheered on the soon-to-retire NBA legend's 31-point performance and gave him a standing ovation as he left the court.

RELATED: 'More than an athlete' | Vigil for NBA legend Kobe Bryant to be held near African American Civil War Memorial

The National Black United Front is holding a vigil at the African American Civil War Memorial for the NBA star Friday at 5 p.m., and asks that those who attend bring a white candle.

RELATED: Here's how you can donate to the Kobe and Vanessa Bryant Foundation