The right-handed relief pitcher was named Collegiate Baseball Newspaper National Player of the Week as well as the SEC Co-Pitcher of the Week. 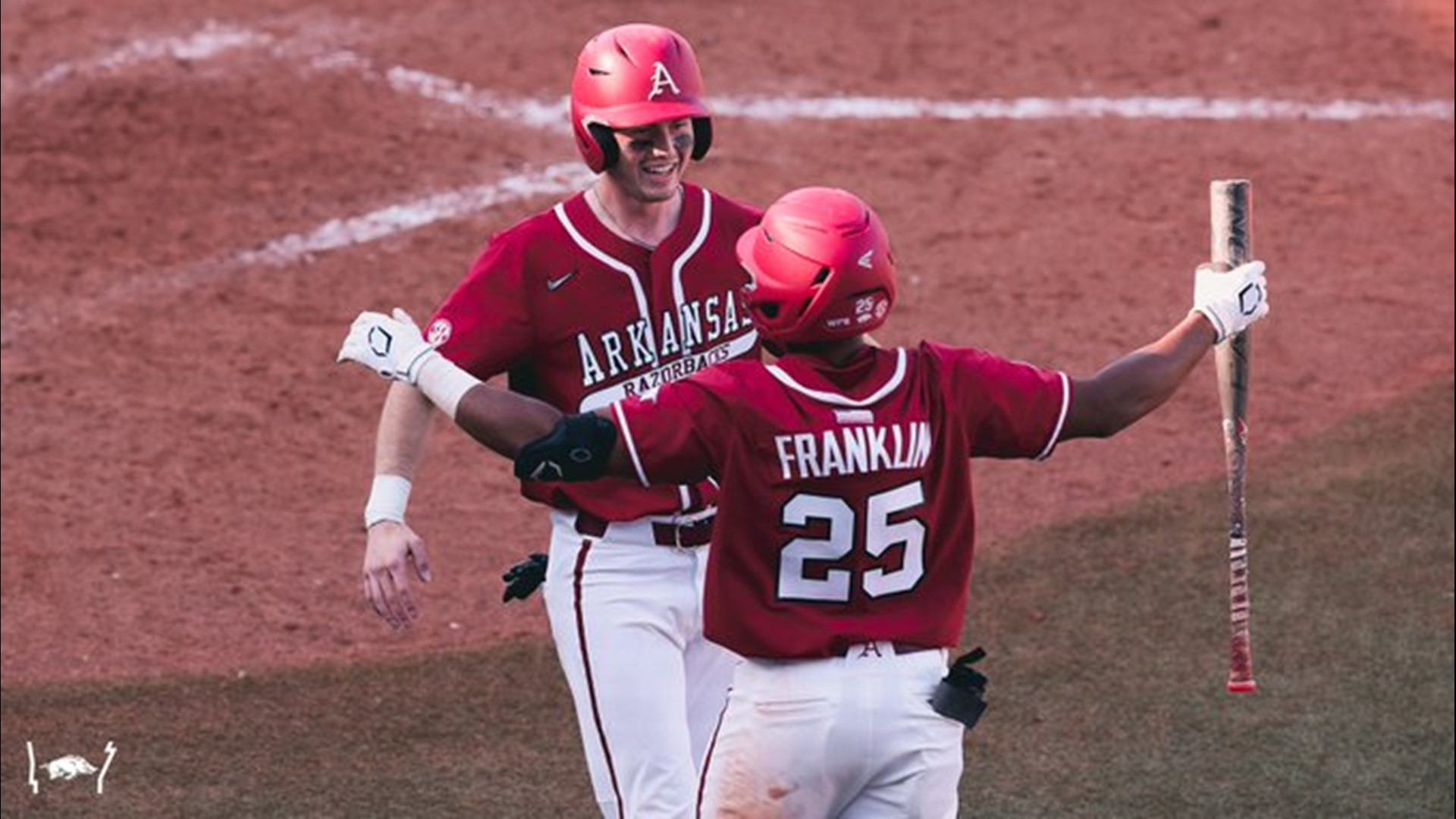 FAYETTEVILLE, Ark. — Kevin Kopps is not of this world.

The right-handed relief pitcher was named Collegiate Baseball Newspaper National Player of the Week as well as the SEC Co-Pitcher of the Week on Monday after helping lead No. 1 Arkansas to a series win at No. 11 South Carolina.

The one you were waiting for.@KevinKopps is the @SEC Co-Pitcher of the Week. pic.twitter.com/H1oUkTL1KC

Kopps struck out 12 of the 15 batters he faced in two relief appearances during the series. He picked up a save, his fifth of the season, in the 6-1 series-opening win on Thursday, striking out six in three perfect innings.

The reliver then punched out all six in his two-inning appearance in the series finale, locking down the series win in the nightcap of Friday’s doubleheader.

Kopps threw 43 of his 59 pitches for strikes in the series, generating 21 swings-and-misses while not allowing a single baserunner. The Sugar Land, Texas, native now owns a 0.97 ERA in 37.0 innings pitched, striking out 66 batters this season.

He is the second Arkansas student-athlete to earn a national weekly award this year. Matt Goodheart took home honors from both CB Newspaper and Perfect Game/Rawlings one week ago.