Logan Taylor hits a tiebreaking double in the eighth inning 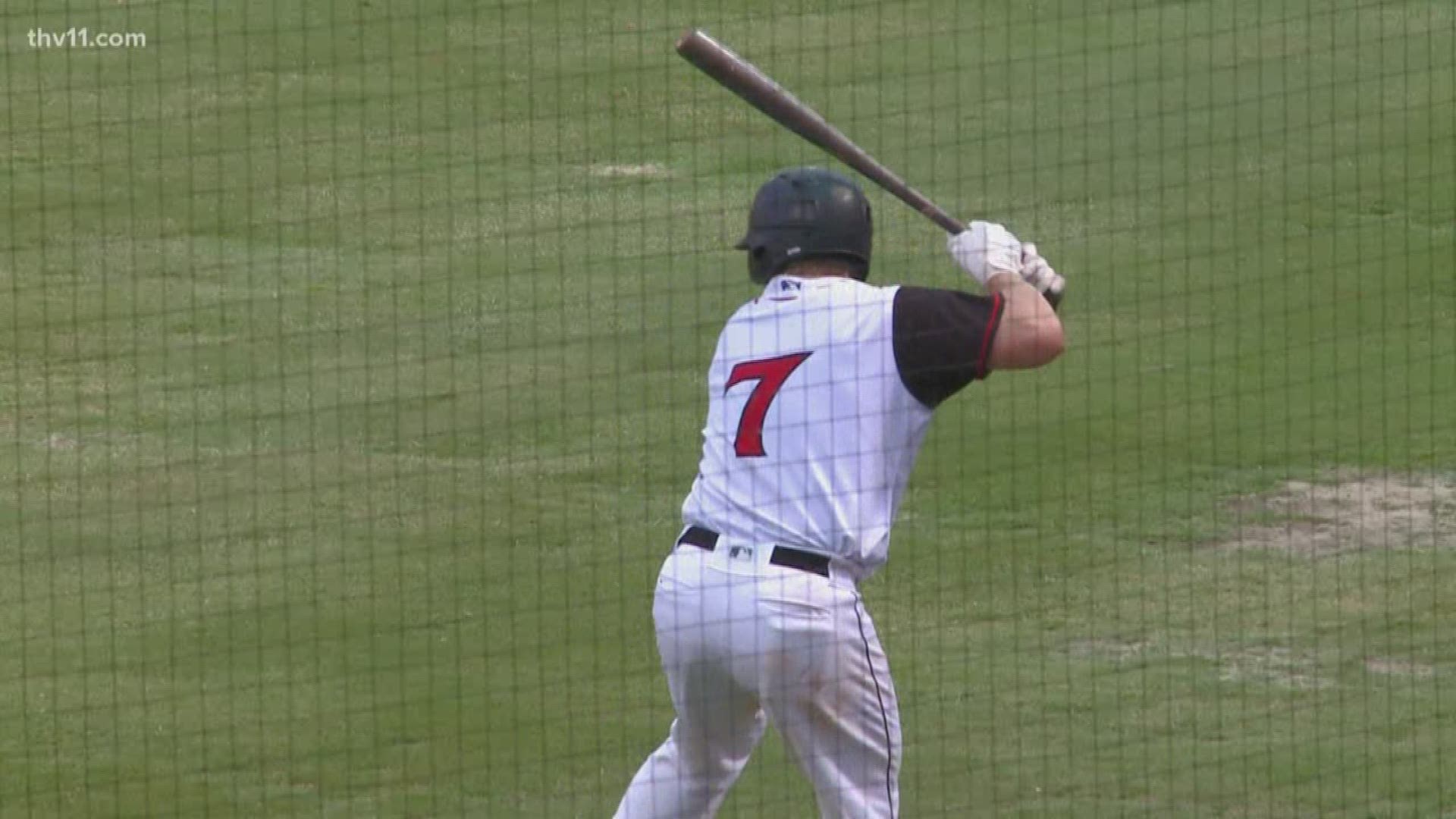 NORTH LITTLE ROCK, Ark. — Logan Taylor provided late offensive heroics as the Arkansas Travelers took down the Northwest Arkansas Naturals, 4-2, on Monday night at Dickey-Stephens Park. Taylor ripped a tiebreaking two-run double past the diving third baseman with two outs in the eighth inning to give the Travs the lead. Arkansas had put runners at second and third with none out but the next two hitters both struck out. Ricardo Sanchez matched his longest outing of the season at seven innings while giving up just one run on four hits with six strikeouts. The only run he allowed came on a homer by the second batter of the game.

* Kyle Lewis homered on the first pitch of the bottom of the fourth to tie the game.

* Aaron Knapp opened the rally in the bottom of the eighth with a single off left-handed starter J.C. Cloney. Lewis then greeted reliever Bryan Brickhouse with a booming ground-rule double to right-center.

* With a runner at second in the top of the ninth, Emmanuel Rivera flied out to right field and Khalil Lee, who had been running with the pitch, was doubled off second on a Luis Liberato throw with Mike Ahmed stretching out for a nice pick.

* The homer by Lewis was his first in more than a month.

* Art Warren earned the win by procuring the final four outs of the game. It was the first time this season he pitched more than one inning.

The Travs try to make it two in a row over the Naturals on Tuesday night with left-hander Justus Sheffield (2-0, 1.00) on the mound against righty Ofreidy Gomez (5-6, 3.64). It is a Zoosday Tuesday plus free train rides and Baseball Bingo at the ballpark. First pitch is set for 7:10. The game will also be broadcast on the Sports Animal 920, the First Pitch App, TuneIn radio and milb.tv.