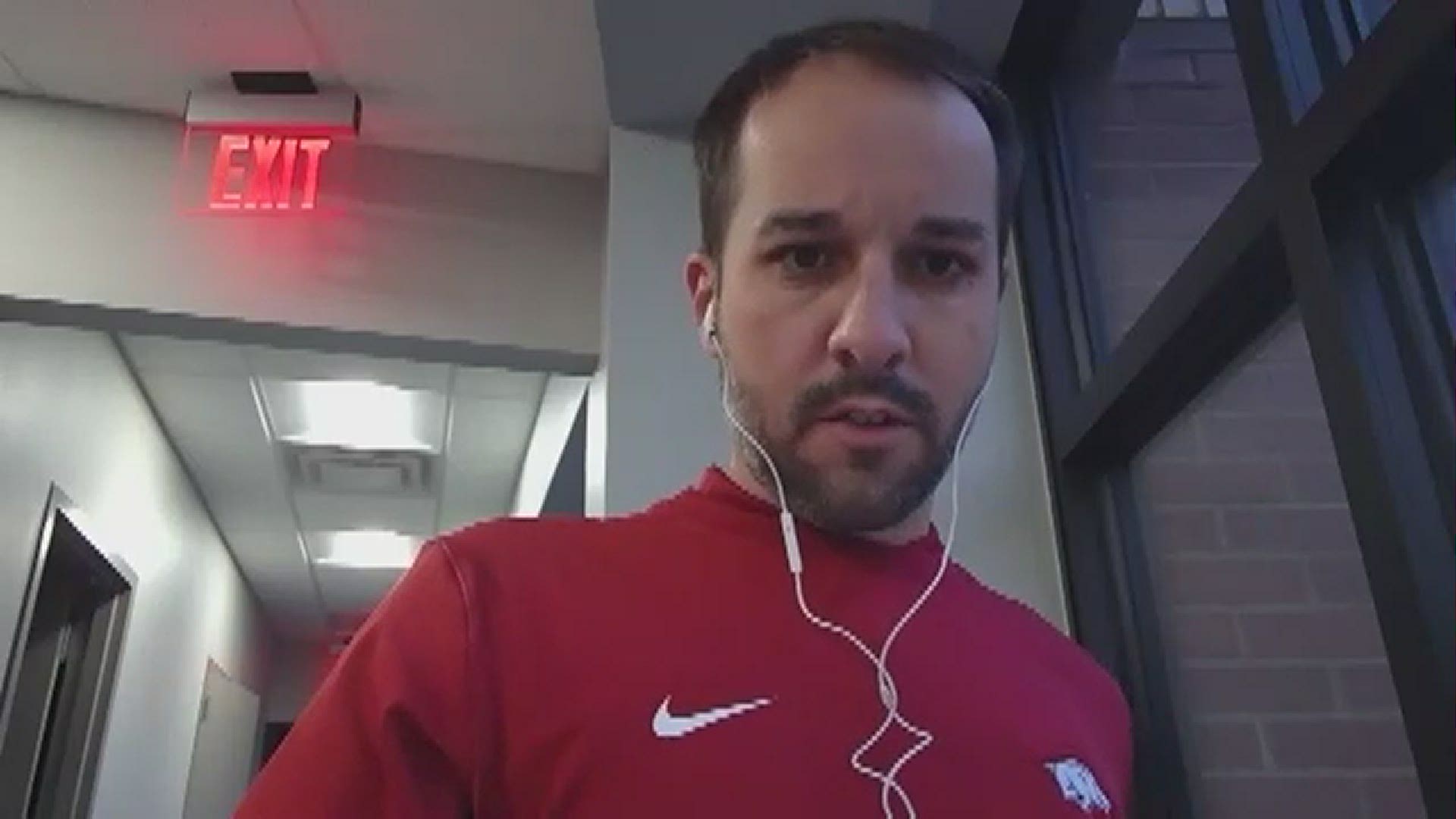 FAYETTEVILLE, Arkansas — The Arkansas offense was rolling early on Monday afternoon inside a chilly and damp Baum-Walker Stadium but it was a late rally that pushed the Red Team to a 9-7 win and a 2-1 lead in the Fall Series.

Knotted at 7-7 entering the bottom of the sixth inning, nine-hole hitter Jackson Cobb reached base for the third time of the game with a leadoff walk to turn the lineup over. Leadoff hitter Robert Moore placed a beautiful bunt between the pitcher and first baseman to reach on an infield single and put the go-ahead run in scoring position. Cullen Smith quickly cashed in the opportunity with a single through the right side to put the Red squad in front for good. Braydon Webb added an insurance run with a fielder’s choice to third to score Moore.

Elijah Trest worked a scoreless seventh to finish off the win but not without the tying run coming to the plate. Cayden Wallace worked a two-out walk in front of a Jalen Battles single before Trest got Cason Tollett to ground out to second base.

The two teams traded runs and big innings through the first four frames on Monday with the Black Team taking the lead on the strength of a five-run second. Red starter Zebulon Vermillion issued three straight walks to open the inning before Clayton Gray made him pay by sneaking a double just inside the right field line to score the first two runs of the rally. A Matt Goodheart sacrifice fly made it 3-1 before Christian Franklin laced an RBI-double down the left field line and Wallace capped the rally with a single to score Franklin.

The Red squad waited until the bottom of the third to battle back. With Black leading 6-1, Cobb belted a solo homer into the Hog Pen in left. Robert Moore immediately followed with his second home run of the series, a bomb to right field off the new building for back-to-back homers. Zack Gregory added his second homer of the series with a two-run shot to cap the rally and put the Red Team back in front. Cayden Wallace quickly tied the game at 7-7, however, crushing his second round tripper of the series to center field.

Smith led all hitters on the day with three hits and two runs scored as the Red Team banged out nine hits. Moore and Smith combined for five hits and four runs atop the Red lineup for manager Bobby Wernes. Wallace and Battles each had two hits for Black in the loss.

After a day off tomorrow the two teams return to action on Wednesday afternoon at 3 p.m. on SEC Network+.