Head coach Brad Harris trying to snap the Panther’s losing streak against Bryant and he may have just one of the best up and coming coaches in the state to help him. 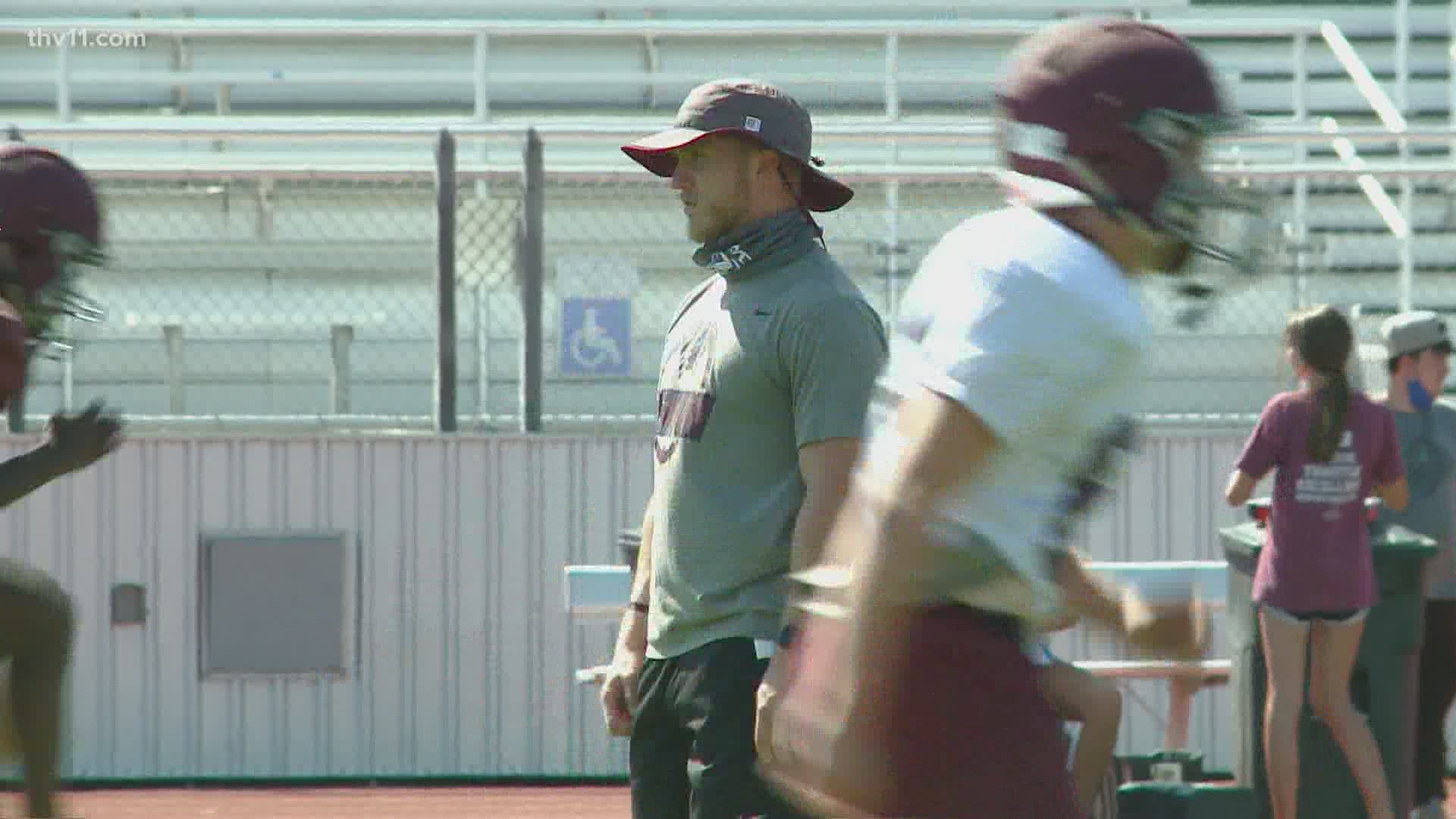 BENTON, Ark. — The season begins this week and with it another storied chapter in one of the best rivalries in the state. The Salt Bowl. Head coach Brad Harris trying to snap the Panther’s losing streak against Bryant and he may have just one of the best up and coming coaches in the state to help him. Luckily for him, he didn’t have to look far.

Very few programs in the state can match Benton’s recent success. "We’ve been in the finals 3 out of the past 6 years and the semi-finals the other three so we’re confident in the direction our program is headed."

This year’s Salt Bowl will be a little different from Coach Harris, he’s got a new assistant on the staff. Former Benton star Drew Harris who led the team to the title game back in 2014.

"Feel like that year was a groundbreaking year for the program, we set a standard that we’re going to compete at a high level."

After a record-breaking career at Ouachita Baptist and a coaching stint at Little Rock Christian, Harris returned to his Alma Mater. After all who can resist a call from Dad to come home.

"You know it’s something I wanted to do my entire life is be a coach and be able to coach with my Dad."

"Does a great job coaching our receivers. He still relates to those guys so well, he can still get out there and show them how to do it." Maybe the biggest winner of Drew coming home isn’t Dad, but Mom. "Great for our family, both of us being here. Without having to go two different places and stuff."

It’s great for the family but has admittedly taken some getting used to.

"Been a little difficult. Every time I hear Coach Harris I turn around and they’re talking to him."

Coach Harris may be hearing echoes, but to him it is well worth it."We’re so excited to have him on the staff as a coach but I’m so happy to have him here as my son."