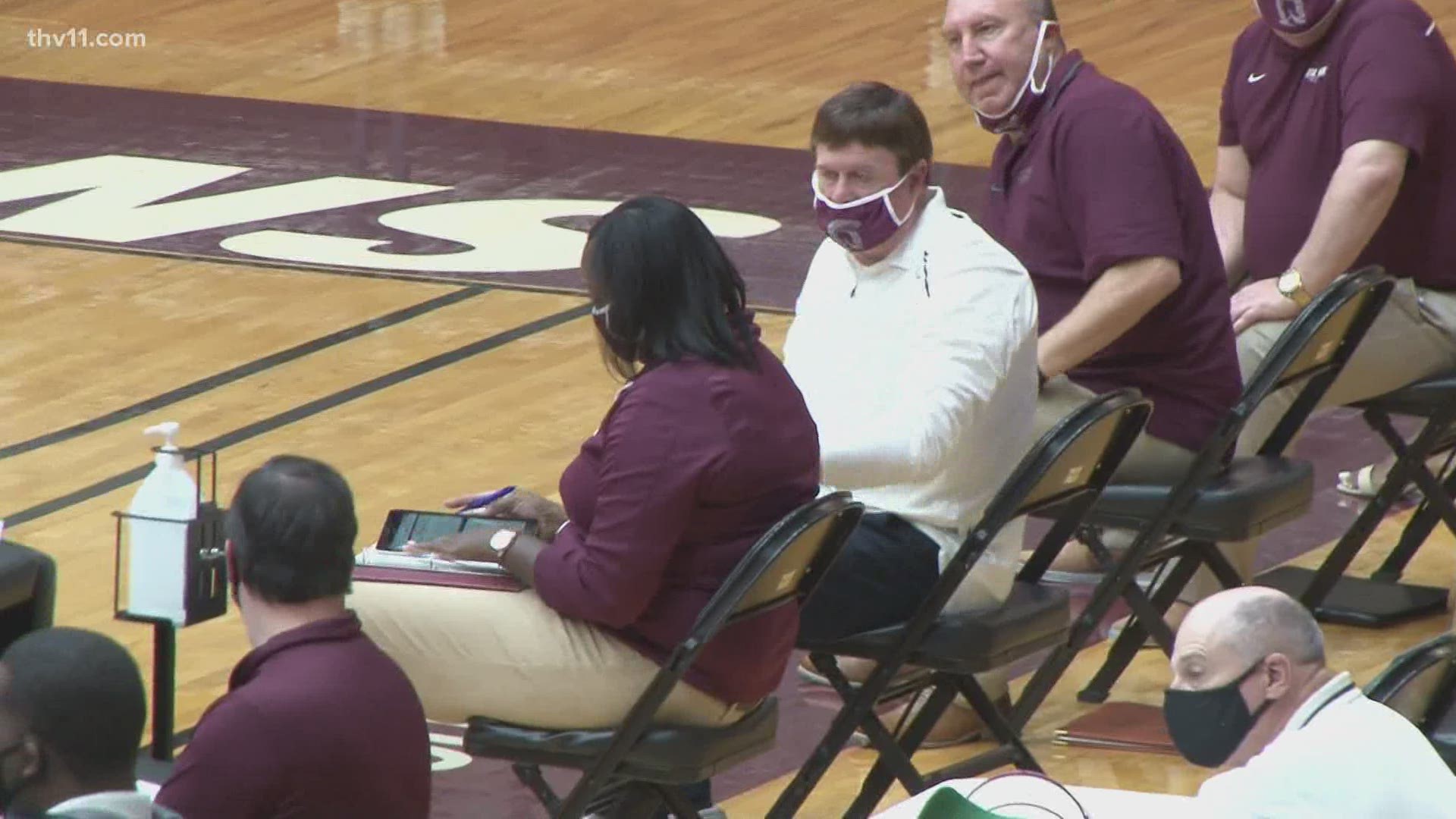 Bre'Amber Scott scored a game-high 19 points in her homecoming and Little Rock challenged the reigning Conference USA Champions in a close battle, dropping its opener 66-54 Saturday afternoon at the Jack Stephens Center.

The Trojans (0-1) battled back from an early deficit and used an 11-0 run in the third quarter to take a lead but couldn't withstand the fourth quarter push by the Owls (2-0).

The Trojans took a 36-30 deficit into halftime and Rice had an opportunity to run away with the score as Smith opened the second half with a layup, extending the Owl lead to eight points. But that was when Little Rock found its footing.

Teal Battle, who scored 14 points, ignited a Little Rock run with a pull-up jumper outside the paint. The Trojan run went 11 straight points and included Little Rock forcing five Rice turnovers and three missed shots by the Owls. Not only was Rice was able to break their nearly four-minute scoring drought came when Mulkey used her length to draw a foul, hitting one of two free throws. She finished the night 3-of-7 from the line.

But that single point broke the spell Rice was under, breaking the Owls out of their funk. The teams would trade leads four times in the third quarter and draw four ties in the period before Rice would end the frame on a 5-0 run, taking a 53-48 lead into the final quarter.

That leaded extended to eight points to start off the fourth quarter and Rice's defense clamped down, holding Little Rock to just 11.8 percent shooting in the fourth, stalling any attempt at a late comeback.

And when the shots didn't fall, Rice utilized an 18-9 advantage in rebounds over the final quarter to prevent any second chance opportunities from the Trojans. Overall, Rice claimed a 47-38 advantage on the boards.

Little Rock will now play Tuesday at Memphis in a game that was scheduled just prior to Saturday's tip-off. Both Memphis and Little Rock had their originally scheduled season opener lost due to an abundance of caution related to the COVID-19 pandemic. Tip-off in Memphis is set for 7 p.m.