Coupet becomes the first Trojan in program history to be named the Lou Henson Mid-Major National Player of the Week. 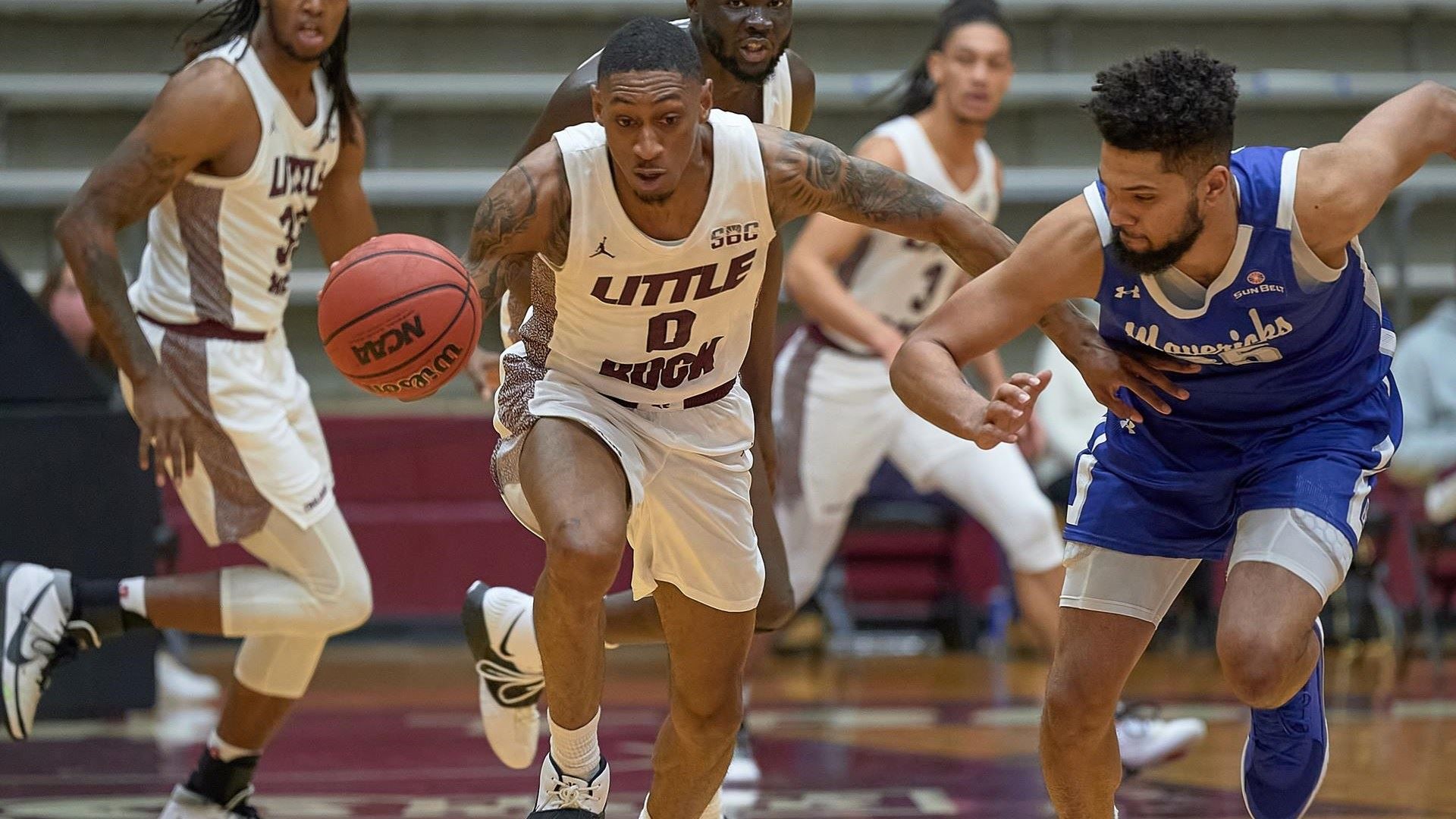 LITTLE ROCK, Arkansas — On the heels of a career weekend, Little Rock senior guard Ben Coupet Jr. has been named the Lou Henson National Mid-Major Player of the Week, announced this afternoon by College Insider. The accolade for Coupet comes hours after he was tabbed the Sun Belt Conference’s Player of the Week for the first time in his career.

Coupet had a phenomenal weekend for the Trojans, helping guide Little Rock to a 2-0 start in league play with a sweep of UT Arlington. He averaged 26.5 points and 6.5 rebounds per game, shooting 77.3% from the floor, 73.3% from three-point range and 80.0% from the free throw line.

In Friday's game, Coupet set a new career-high with 27 points, knocking down 10 of his 13 shots, including 5-of-7 from three-point range. He scored 15 of his 27 points in the second half to help the Trojans pull away for the 102-93 win over the Mavericks.

The following night, Coupet nearly duplicated that feat, finishing with 26 points on 7-of-9 shooting, going 6-for-8 from three point range and 6-of-8 at the free throw line with six boards. Again, he was a major factor in the second half, scoring 18 of his 26 and playing a key role in the 22-4 run that separated Little Rock from UT Arlington in the 75-62 victory.

The Chicago, Illinois native came into this season as a preseason third-team All-Sun Belt selection and is averaging 10.9 points and 3.7 rebounds for the Trojans. He leads the team in qualifying three point percentage at 51.5% and is shooting 57.6% from the floor.

Coupet and the rest of the Trojans hit the road this weekend, seeking to remain atop the west division standings. Little Rock, the preseason division favorite, heads to Lafayette, Louisiana, to face a Ragin' Cajuns team that was picked second in the preseason poll on Friday and Saturday at the Cajundome.