One year later, head coach Brian Ross and the Tigers finally get their shot in Hot Springs. 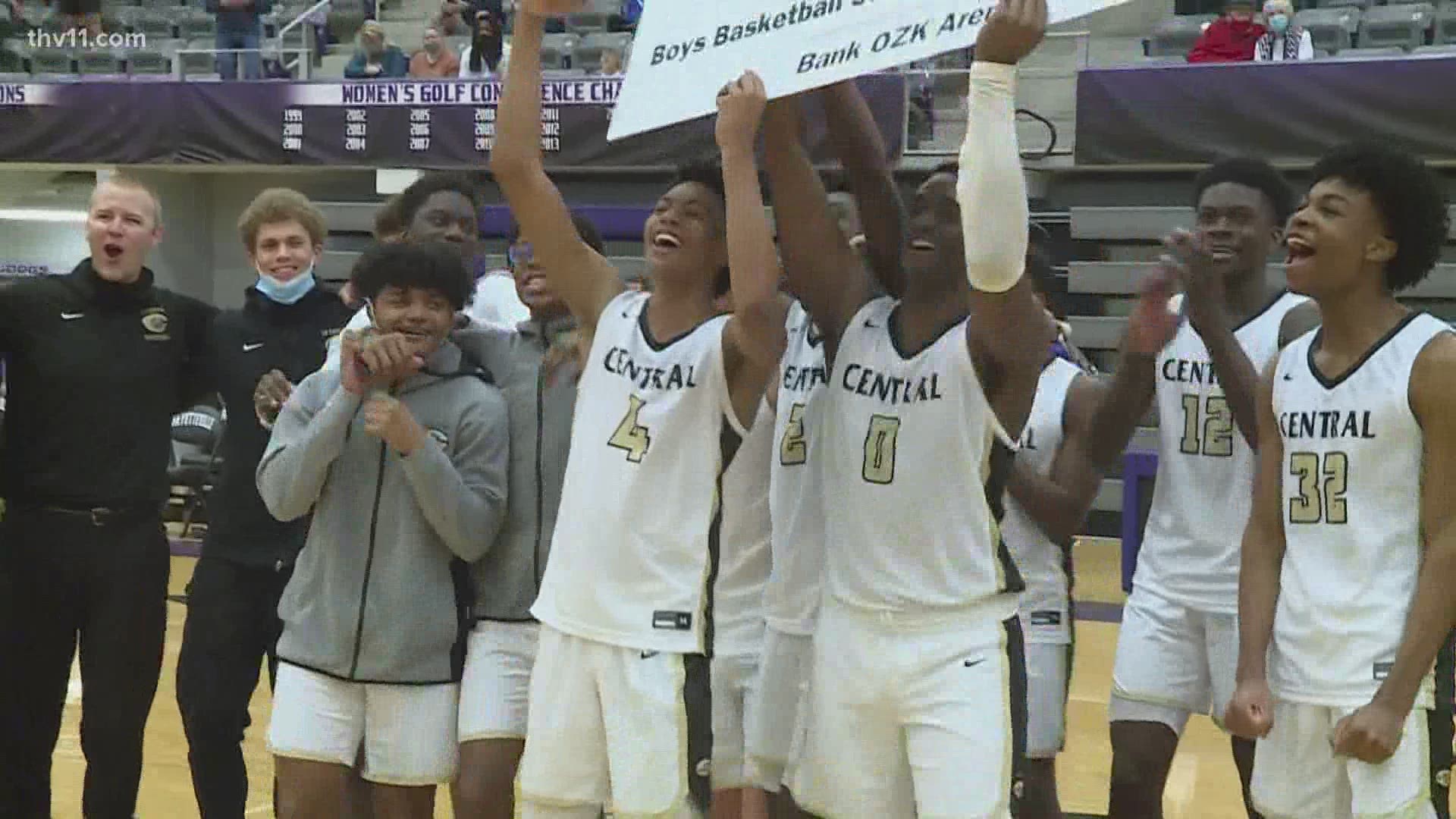 LITTLE ROCK, Ark. — 2020 was supposed to be the magical year for Central, the Tigers upsetting heavily favored Northside for a spot in the 6A finals. However, just days later before battling Conway for the title, the COVID-19 era was born. One year later, head coach Brian Ross and the Tigers finally get their shot in Hot Springs.

.@CoachRoss12 & the defending co-champs @LRCentralHoops finally get to make that trip to Hot Springs on Thursday that was taken away in 2020.

Much more from the Tigers tonight on @THV11 #PrepsOn11 pic.twitter.com/XpkEhwx9wM

"The kids have earned the trip there, of course they earned the trip last year." The defending co-champs quickly went from the hunters in 2020 to the hunted in 2021 led by senior Corey Camper.

"Both years we put in the work. Day in and day out to get to this point."

Central took care of business in the 6A state tournament with big wins over Bentonville West and Bentonville in the semifinals. Now the Tigers get that allusive trip to the Spa City with their biggest rivals North Little Rock waiting on them.

After a year of being co-champions, the Tigers are hoping by Thursday night they’ll be outright champions. "In our case we’ve been very blessed and very fortunate to get there twice and in row and hopefully we can finish it off."