The Junior Warrior competes for the Warriors in football, wrestling, and band. 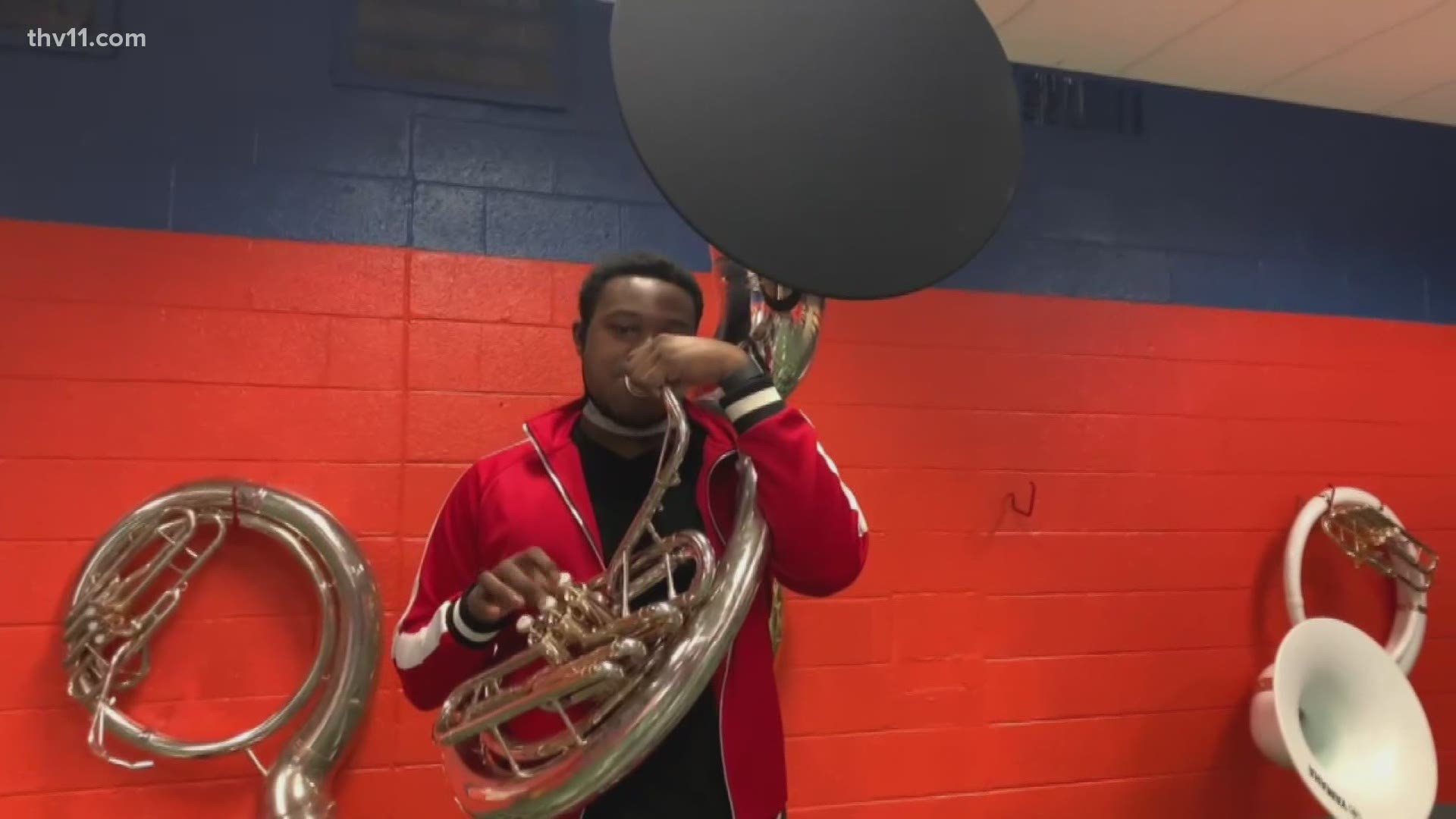 Hall high school is determined to take a turn for the better. The new STEAM school’s objective is to better prepare its students for the future. There is one Warrior who’s ahead of the curve.

Junior Darius Woodus   brings a new meaning to the term. Student-Athlete. The 6’2 245 Junior lineman has his eyes on the next level. "I want to be in college playing for a top team, but if it’s not even a top team I’ll go to a D-I school and show my potential."

His potential goes beyond the football field. Out of curiosity, Darius decided to try wrestling. He’s now 5-1 in varsity.

"It’s a thinking process, and you must think upon your feet. Somebody may go for you or you may go for them and counter your next move. You never know what may happen."

Lots of guys play football and wrestle. However, for this triple threat that wasn’t enough.

That’s right, Darius is also a member of the Hall Warrior Band. Which begs the question, which activity is more difficult?

"I would say music is harder because it takes more time. If you know how to block somebody you know how to move them around. Wrestling, if you have siblings it will come naturally to you and you’ll know what to do best."

Hall head football coach Jim Withrow says Darius is one of a kind.

"Everybody does look up to him and he’s taken on a leadership role this season and he’s a big part of this culture change."