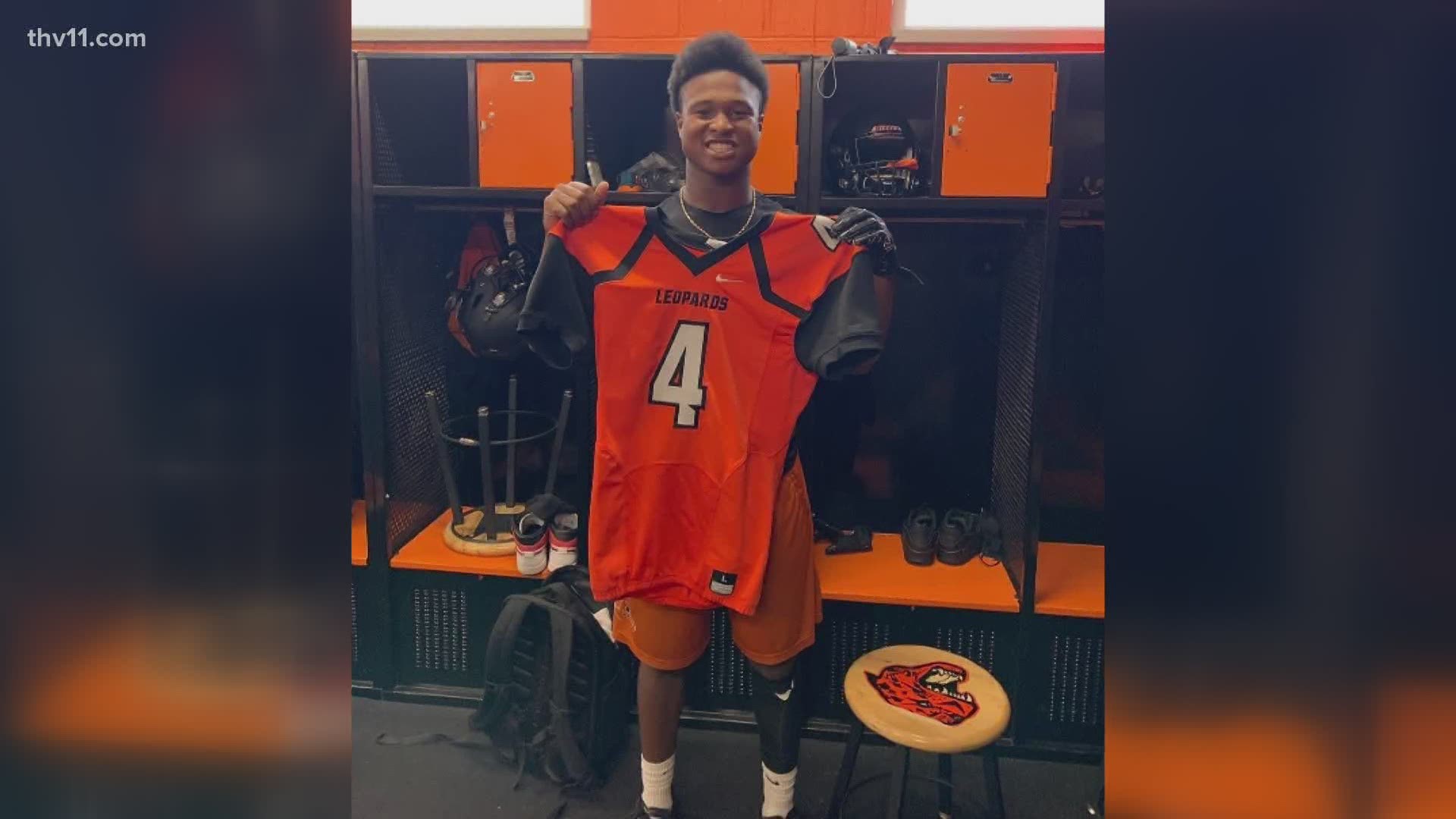 MALVERN, Ark. — The James King 7-on-7 tournament is a summer tradition for Arkansas high school football. Teams gather in Malvern to compete and honor the former Leopard Star who passed away unexpectedly in 2012.

"It’s pretty neat when these elementary school kids know who number 4 was and they didn’t get to know him or meet him but his legacy lives on" says head coach J.D. Plumlee.

In honor of James King, #4 will be back on the field. #4 isn’t just a number - it symbolizes a young man of high character, strong work ethic, and one that handles his business on and off the field. This years #4 will be Malique Reliford.

However, like many events the tournament was canceled due to COVID-19. So Coach Plumlee and wide receivers Coach Austin Warford still wanted to honor James’ memory.

"As coaches we talked about picking out a young man that similes and meets the requirements so to speak to carry on James’ legacy."

The number 4 is more than a number in Malvern, it’s a symbol of high character on and off the field. The staff picked senior Malique Reliford to wear James’ number this season.

Malique not only dawned number 4, he honored James’ memory the way he knows best.. by scoring a touchdown.

"It was awesome, I talked to Malique after the game and James may have been a little faster but he did a great job. We’ve got to get the ball in his hands and he’s a big time player for us on both sides of the ball."