Marshall goes to New York Jets in sixth round

Marshall becomes just the fourth Razorback to be taken by the Jets all time and extends Arkansas’ streak of at least one player taken in each of the last 26 drafts. 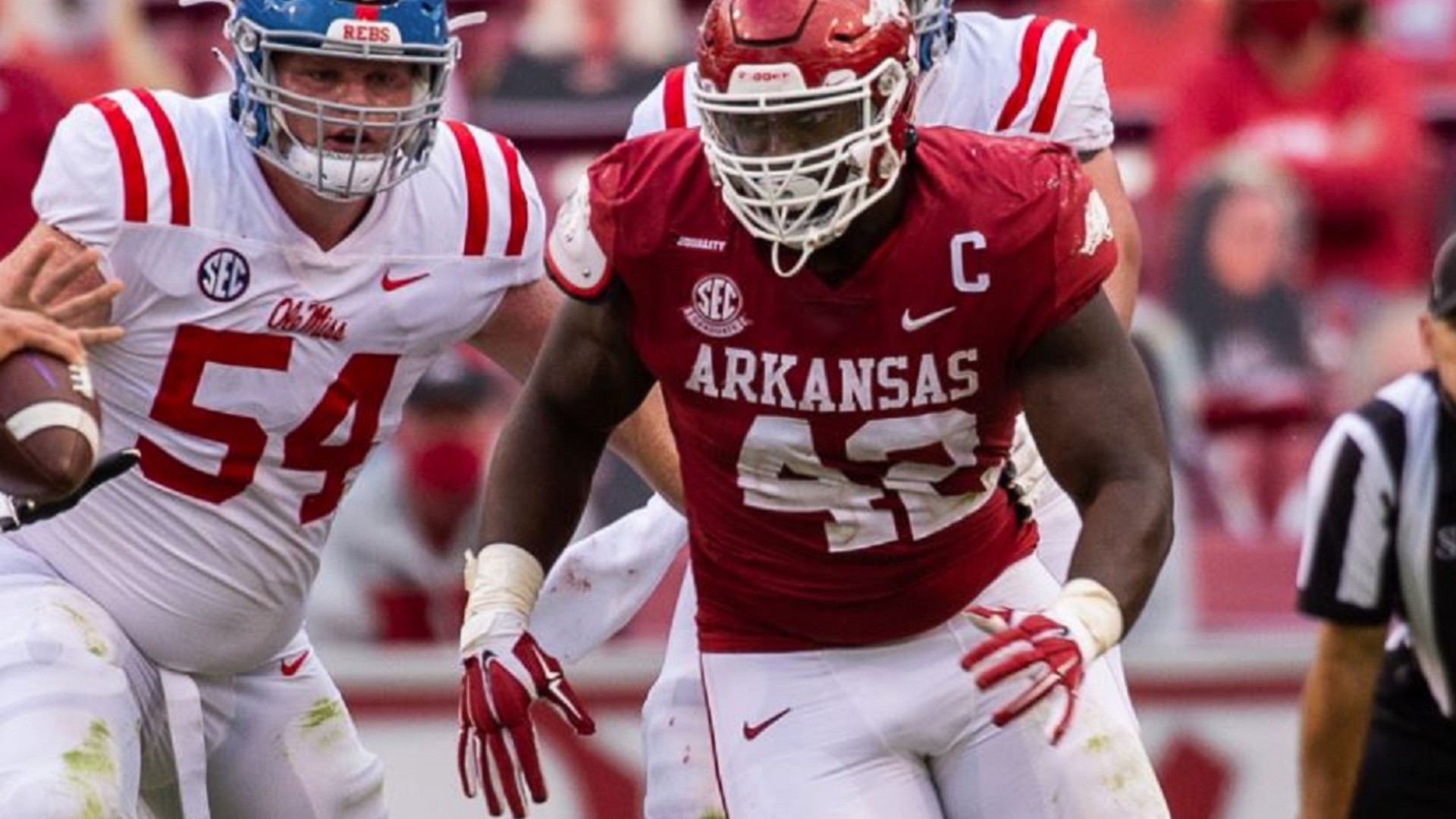 FAYETTEVILLE, Arkansas — Arkansas defensive lineman Jonathan Marshall has been selected by the New York Jets in the sixth round of the NFL Draft with the 207th overall pick on Saturday afternoon to make him the first Razorback drafted by the Jets since Nate Garner in 2008.

Marshall becomes just the fourth Razorback to be taken by the Jets all time and extends Arkansas’ streak of at least one player taken in each of the last 26 drafts. Marshall joins former Razorbacks McTelvin Agim (Denver) and Armon Watts (Minnesota) to give Arkansas three straight drafts with a defensive lineman selected.

Marshall was a key piece to the Arkansas defense in 2020, starting all 10 games on the defensive line and making 35 tackles. His 6.5 tackles for loss were the second-most on the team and his 29 quarterback pressures led the squad. He made a season-best six tackles at Auburn, including a tackle for loss that started a streak of six straight games with at least one TFL.

The Shepherd, Texas native played in 43 games for the Hogs and amassed 70 tackles with 11.5 tackles for loss over his four seasons on the field. He made an immediate impact as a redshirt freshman in 2017 seeing action in all of the Razorbacks’ 12 games then moved into a regular role among the Hogs’ defensive line the next season, amassing over 280 snaps on the d-line and making 14 tackles. He became a force in the middle of the Razorbacks’ defense making a then career-high 17 tackles with 4.5 tackles for loss in 12 games.

Marshall impressed NFL scouts at Arkansas’ Pro Day in early March producing 36 reps of 225 pounds on the bench press to go along with a 32-inch vertical jump and an unofficial 4.75 in the 40-yard dash.

The final rounds of the NFL Draft conclude on Saturday.