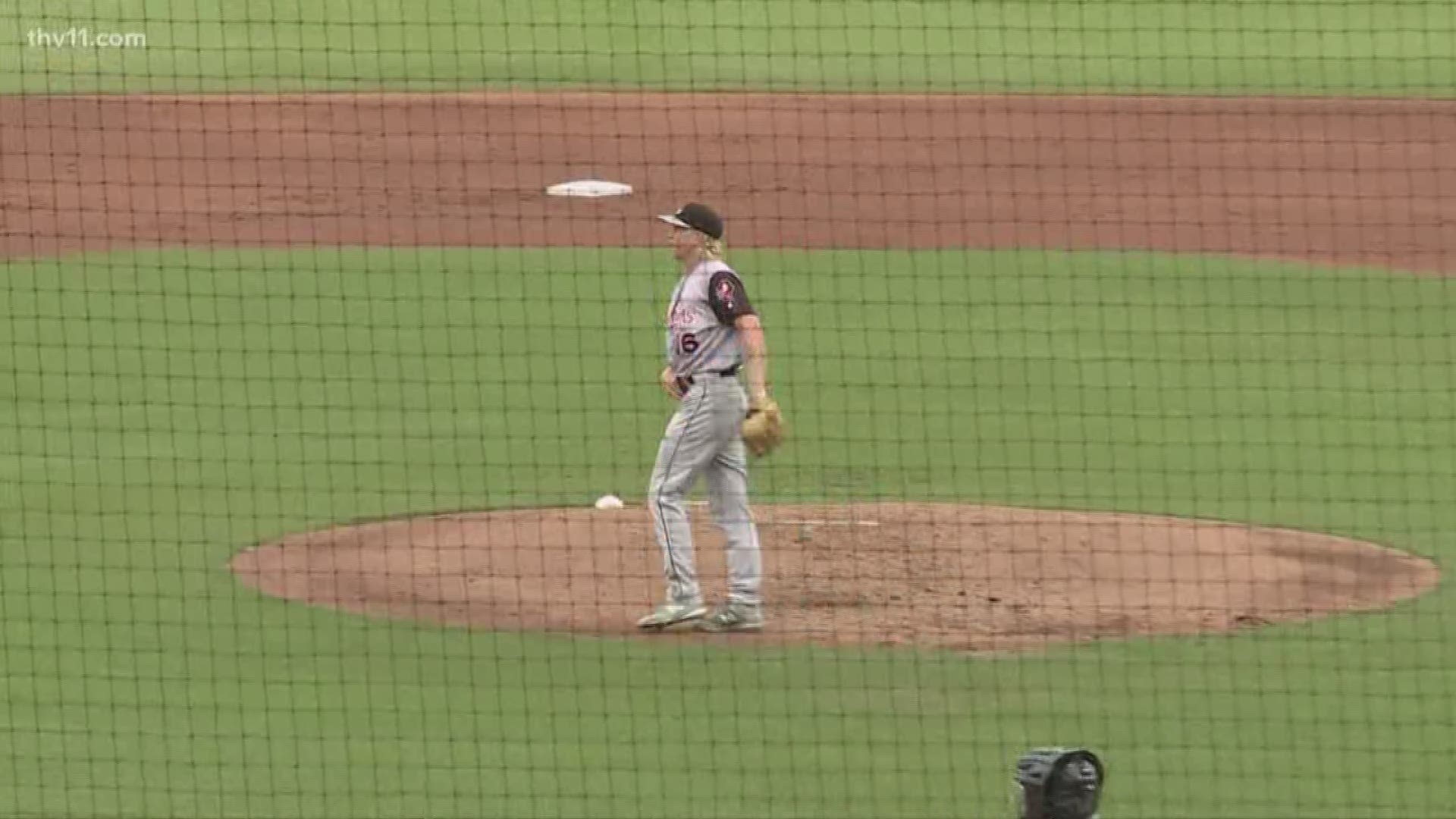 SPRINGDALE, Ark. — Darren McCaughan fired his eighth consecutive quality start working seven innings and giving up just one run while striking out seven and pitching the Arkansas Travelers to a 3-1 win over the Northwest Arkansas Naturals on Monday night. McCaughan earned his league leading seventh win in the contest. Arkansas scored twice in the opening inning and led the rest of the game. After McCaughan, Jack Anderson and Art Warren each pitched a scoreless inning to close the contest.

* The Travs opened the game with three straight hits, getting the lead on a Kyle Lewis base hit. Nick Zammarelli added another RBI single with two out in the inning.

* With the lead at one in the fifth, Aaron Knapp opened the inning with a triple into the right field corner. He scored two batters later on a sacrifice fly from Dom Thompson-Williams.

* Walton's three hit game is his ninth of the year.

* Warren recorded his ninth save, tying him for the league lead with Kyle Finnegan of Midland.