The league and sponsors of Sunday’s All-Star game activities are all contributing to a donation totaling more than $3 million. 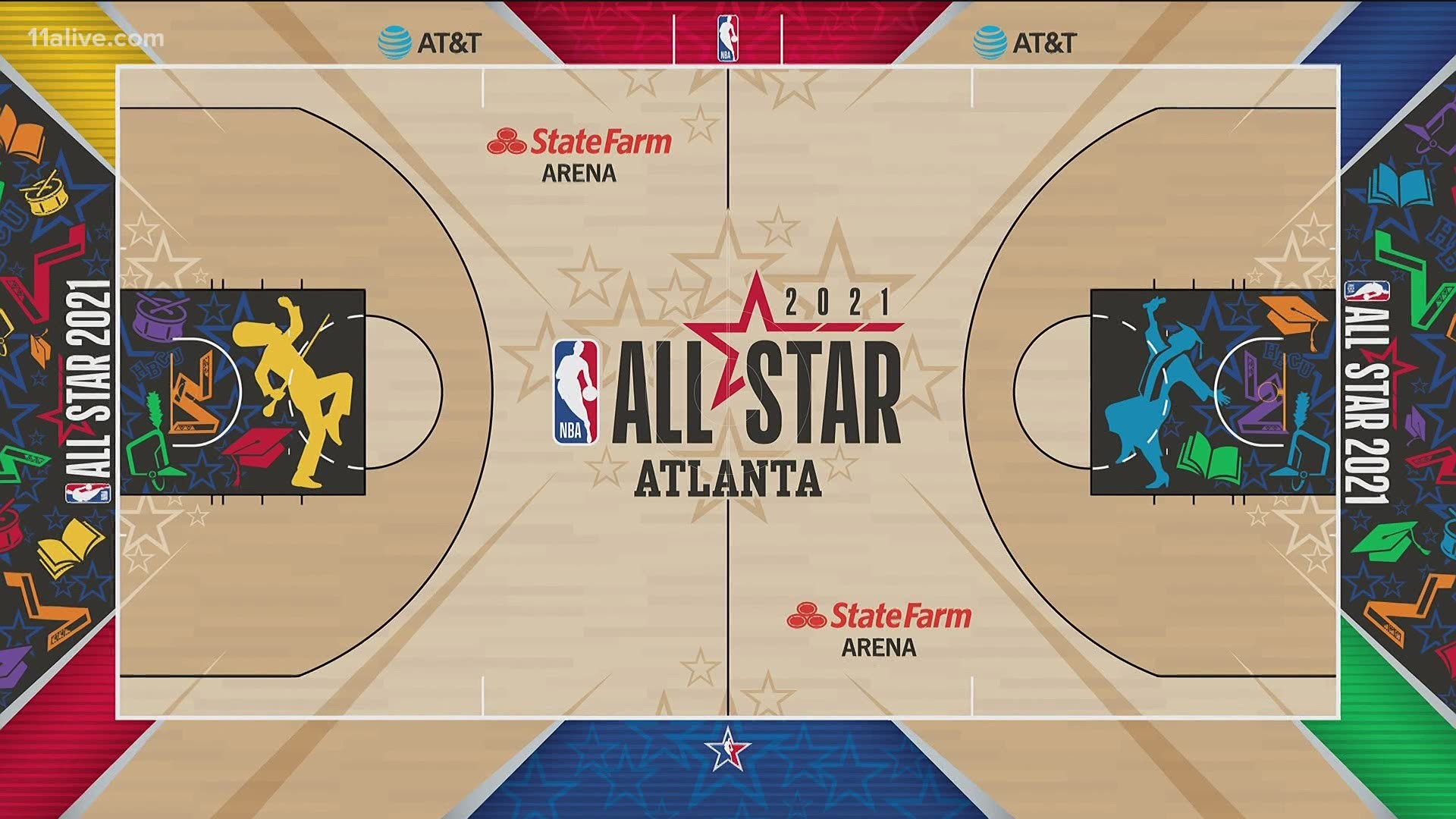 ATLANTA — The NBA is about to make some major donations to HBCUs and communities of color impacted by the pandemic.

The league and sponsors of Sunday’s All-Star game activities are all contributing to a donation, totaling more than $3 million.

In addition to music, content and storytelling, the league will spotlight HBCU students and alumni through the Michelob Ultra Courtside virtual fan experience, student artwork, in-arena activations, merchandise, and partnerships.

The game court for NBA All-Star 2021 will also represent both the academic significance and the pride and school spirit of HBCUs and their students. The court design – created in collaboration with HBCU alumni from various schools – is "vibrant and energetic, incorporating icons representing the best of HBCU academics, music and campus life while connecting back to the celebration of the game at center."

Here are other details on what fans can expect, sent to 11Alive by the NBA:

Three hundred frontline workers and HBCU students will be invited to virtually attend NBA All-Star 2021. Various VIP guests will join the frontline workers and HBCU students in this special co-viewing experience. Fans will have the ability to virtually interact with each other and access to special reaction graphics that will be visible on their screens to those inside State Farm Arena

Seven artists who currently attend HBCUs will have their custom artwork displayed in the arena, at the players’ hotel, on the broadcast and across NBA social platforms ahead of and during NBA All-Star 2021.

The seven students, who represent Howard University, Albany State University and Florida A&M University, created HBCU-inspired art with different themes. Five of the artists have been invited as virtual fans for the game, while two will attend in-arena.

As previously announced, the Clark Atlanta University Philharmonic Society Choir will perform an original rendition of “Lift Every Voice and Sing” prior to tip-off and will be introduced by three-time GRAMMY Award-winner and FAMU alumnus Common. In addition, the nationally-recognized Grambling State University Tiger Marching Band and Florida A&M University Marching 100 will play during NBA All-Star player introductions from their respective campuses.

Throughout the game, the Brothers of Kappa Alpha Psi Fraternity - Sigma Alpha Chapter at Southern University and the Brothers of Alpha Phi Alpha Fraternity - Alpha Rho Chapter at Morehouse College, who are members of the Divine Nine fraternities and sororities – a prestigious group of nine historically Black Greek letter organizations – will introduce their respective step teams from Southern University and Morehouse College.

GRAMMY Award-winner Anthony Hamilton will perform his song “Fine Again” in recognition of frontline workers and everyone affected by the COVID-19 pandemic for the NBA Cares tribute.

For the fourth consecutive season (since NBA All-Star 2017), Jordan Brand will outfit the league’s brightest stars during the 2021 NBA All-Star Game in Atlanta.

The All-Star uniforms will feature jersey patches celebrating the Thurgood Marshall College Fund and UNCF, both of which are among the NBA All-Star 2021 beneficiaries.

PUPIL will be selling 2021 NBA All-Star and HBCU co-branded hoodies and T-shirts, with all NBA proceeds from the sales donated directly to participating HBCUs. The items are available for purchase through Pupilapparel.com, Atlanta Hawks retail and online stores, and NBAStore.com.

SBC, founded by two Howard University graduates, is selling an official 2021 NBA All-Star T-shirt that will be available for retail on SupportBlackColleges.org and Atlanta Hawks. All NBA proceeds will be donated to a The Social Change Fund.

NBA players and head coaches participating in 2021 NBA All-Star will additionally receive SBC custom hoodies. The hoodies for All-Star starters and reserves will feature the respective player’s career accolades adorned on the sleeve.