Texas opened its season with a convincing 45-14 win over the Louisiana Tech Bulldogs. 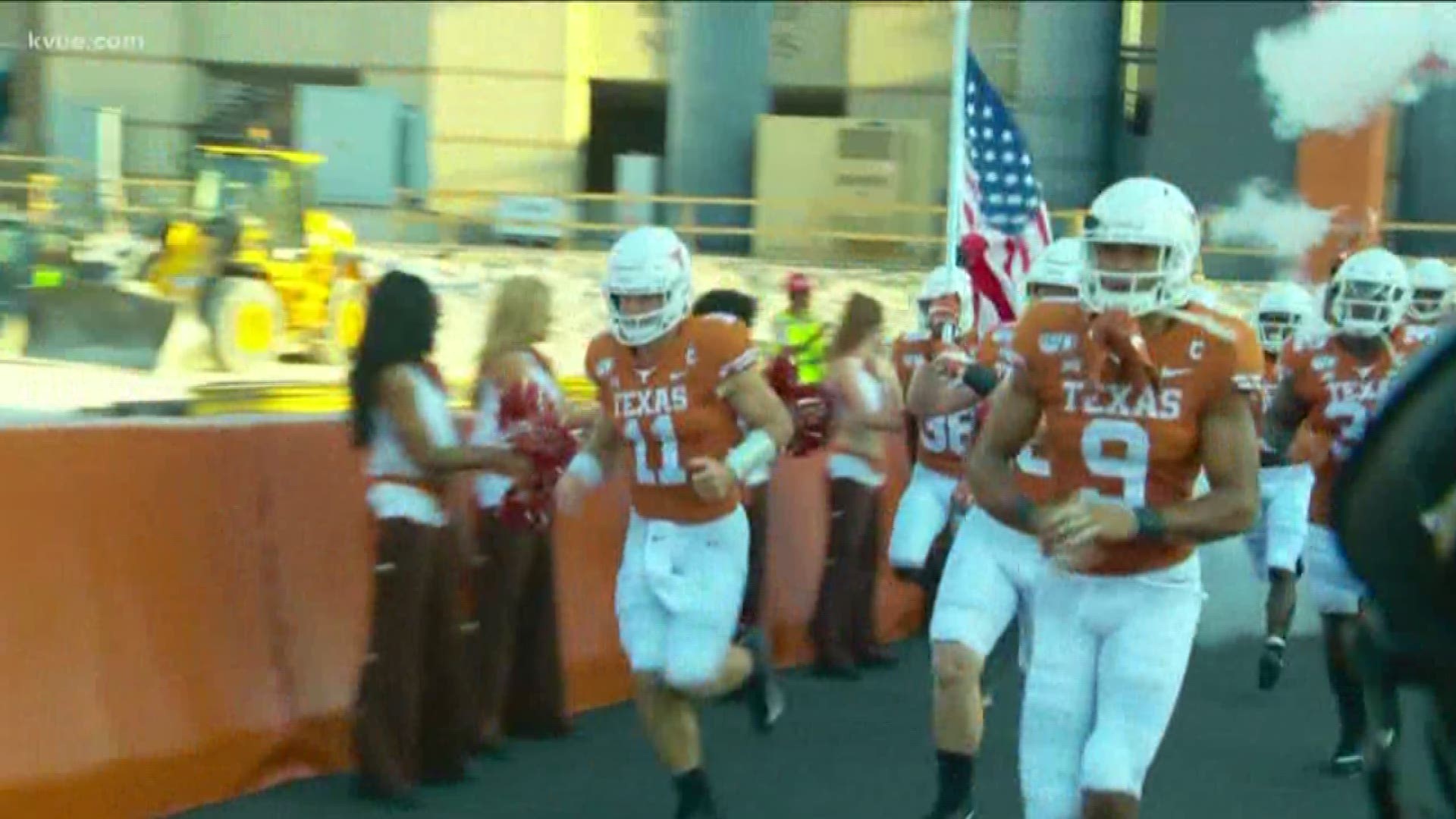 Texas had started each of the past two seasons with losses to Maryland, but had no trouble overwhelming the Bulldogs from Conference-USA in this one. Ehlinger was coolly efficient from the start with scoring passes on three of Texas' first four possessions.

Devin Duvernay caught nine passes and Ehlinger's first touchdown, and Brennan Eagles caught touchdowns of 28 and 25 yards in the second and third quarters.

Texas is one of the favorites to challenge Oklahoma for the Big 12 title as long as Ehlinger can keep delivering touchdowns like he did last season and Saturday night. The junior passed for 25 TDs and ran for 16 more last season, and his four scoring thrown against the Bulldogs tied his career high. Ehlinger left the game at 38-0 and did not play in the fourth quarter.

Fans prepare for the first Longhorns game of the season

Louisiana Tech: The Bulldogs (0-1) needed senior quarterback J'Mar Smith and his top playmaker, Adrian Hardy, to have big games and neither could deliver against a swarming Texas defense. Smith was under regular pressure and missed some open looks, most notably a wild pass in the first half that missed an easy touchdown when the game was still close. Hardy didn't have a catch in the first half.

Texas: The Longhorns defense had eight new starters from a year ago and got off to a good start behind a dominant effort with so many fresh faces. Texas used a mix of looks that even included eight defensive backs on some plays, and forced three turnovers. Refine that scheme, and having that kind of coverage speed all over the field could have a big impact when Big 12 play starts.

There's no reason to drop Texas down after a methodical dismantling of a Bulldogs team that has been known to give bigger programs fits.

Louisiana Tech: The Bulldogs head back to Louisiana to face FCS opponent Grambling.

Texas: The Longhorns host their biggest non-conference game of the year: No. 6 LSU (1-0), which beat Georgia Southern 55-3 behind five touchdowns passes from Joe Burrow.