Kalin Bennett scored two points with two rebounds and a blocked shot in his first game with the Golden Flashes. 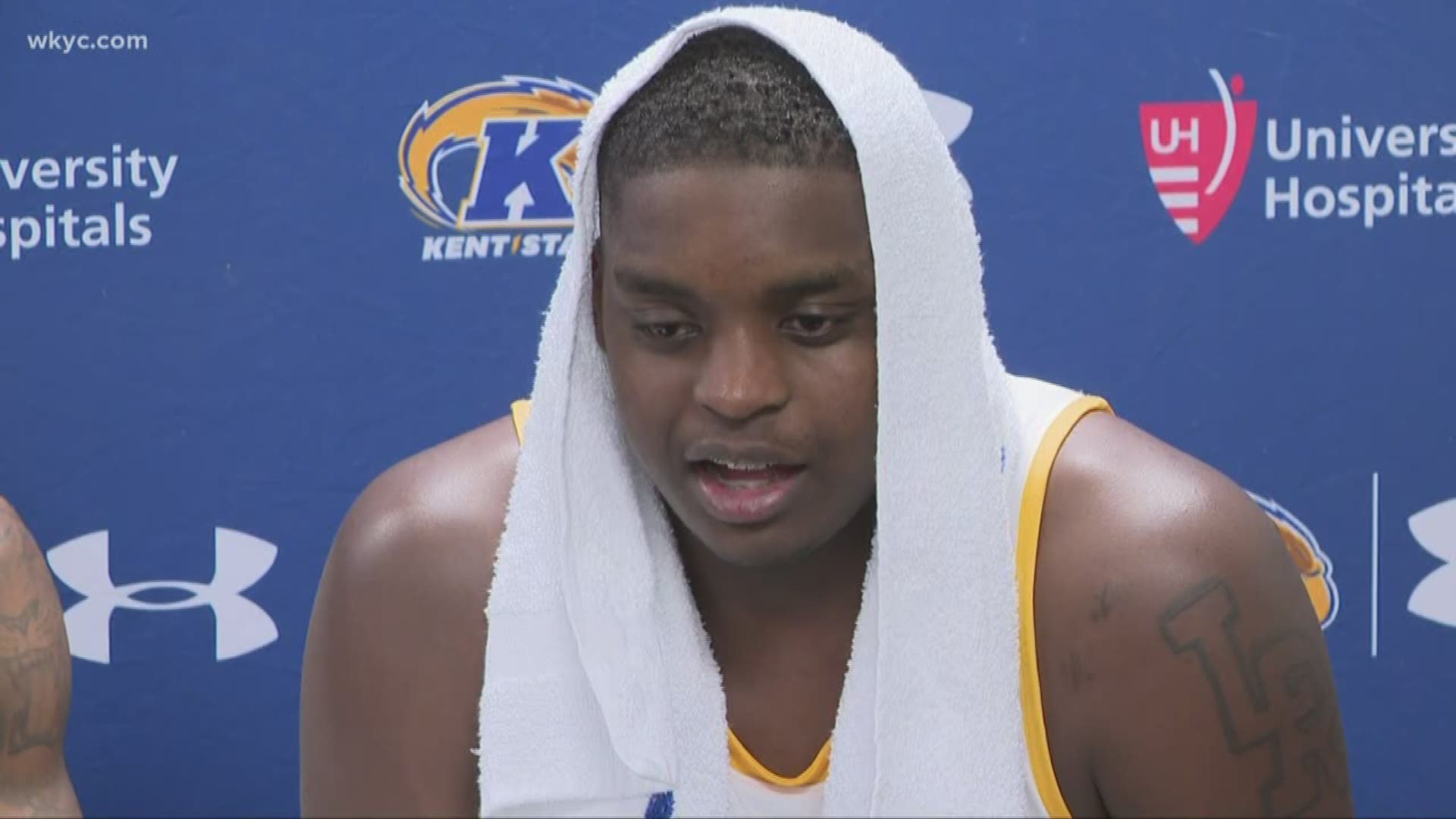 Bennett, a 6-foot-11, 300-pound freshman from Little Rock, Arkansas, entered with game in the final six minutes and scored his first collegiate basket with 2½ minutes left on a left-handed hook in the paint. He finished 1 of 3 from the floor with two rebounds and a block.

After the game, teammates led Bennett over to the victory bell, which he rang.

"For my mom to see it was really big for me," Bennett said. "To let her know that everything you've done has not been in vain."

Asked about his impact on other young people with autism he said, "It's good to know that people look up to me but the real thing is: Everybody is capable of doing whatever they want to do in life. I hope I created a thing that's going to transcend to more kids so they believe in themselves first and foremost."

Bennett covered a smile with a hand when coach Rob Senderoff mentioned that he didn't want to see him putting up ill-advised jumps shots, as he did once against Hiram.

"I told him the jump shot has to go if he wants to play meaningful minutes," Senderoff said. "But I'm happy for him and proud of him."

"Coach has been pushing to me and pushing me to be better than I am the day before," Bennett said. "That's why I want to achieve and show consistent improvement."

Antonio Williams and Troy Simons added 17 points each for the Golden Flashes and Danny Pippen had 11 points and 11 rebounds. Kent State made 13 of 35 3-pointers, including 7 of 16 in the second half.