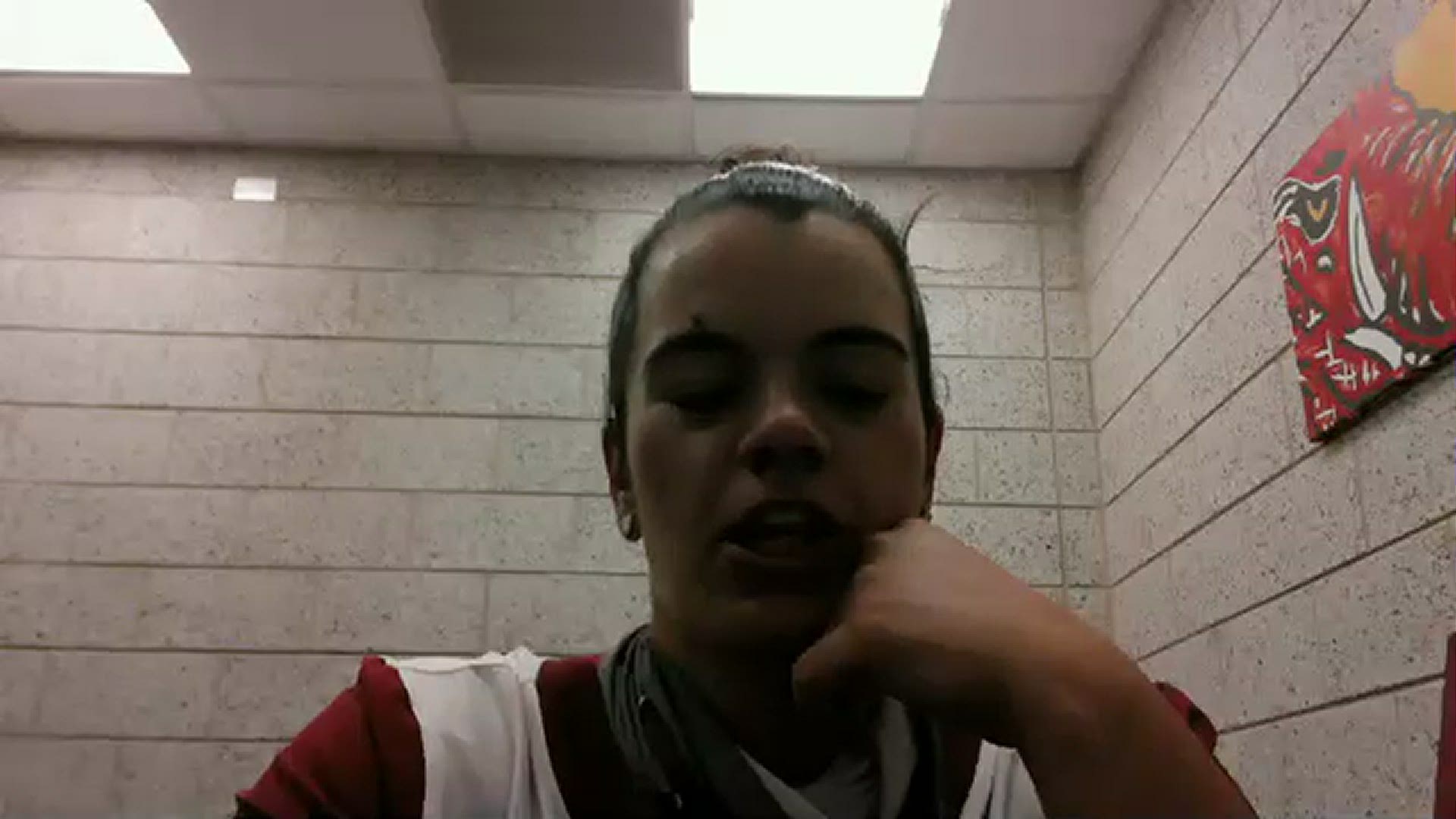 On Monday night #6 Arkansas softball knocked off #19 Missouri, 8-4 in the series finale. The Hogs avoid being swept for the first time in SEC play.

The offense got an early start scoring four runs in the first inning. Hannah Gammill and Danielle Gibson hit back to back home runs in the frame.

Gibson would add two more RBI's on the night. Braxton Burnside hit her nation leading 24th home run of the season in the fourth.

In the circle Mary Haff allowed four runs in six plus innings. With the win Arkansas remains in first place in the SEC.

The Razorbacks will begin their final series of the regular season on Saturday afternoon in Baton Rouge against LSU.

B5 | Arkansas 8, Missouri 4@danielleeee41 drives home her 3⃣rd RBI of the night 💪