Tusk IV retired at the end of the 2019 school year. 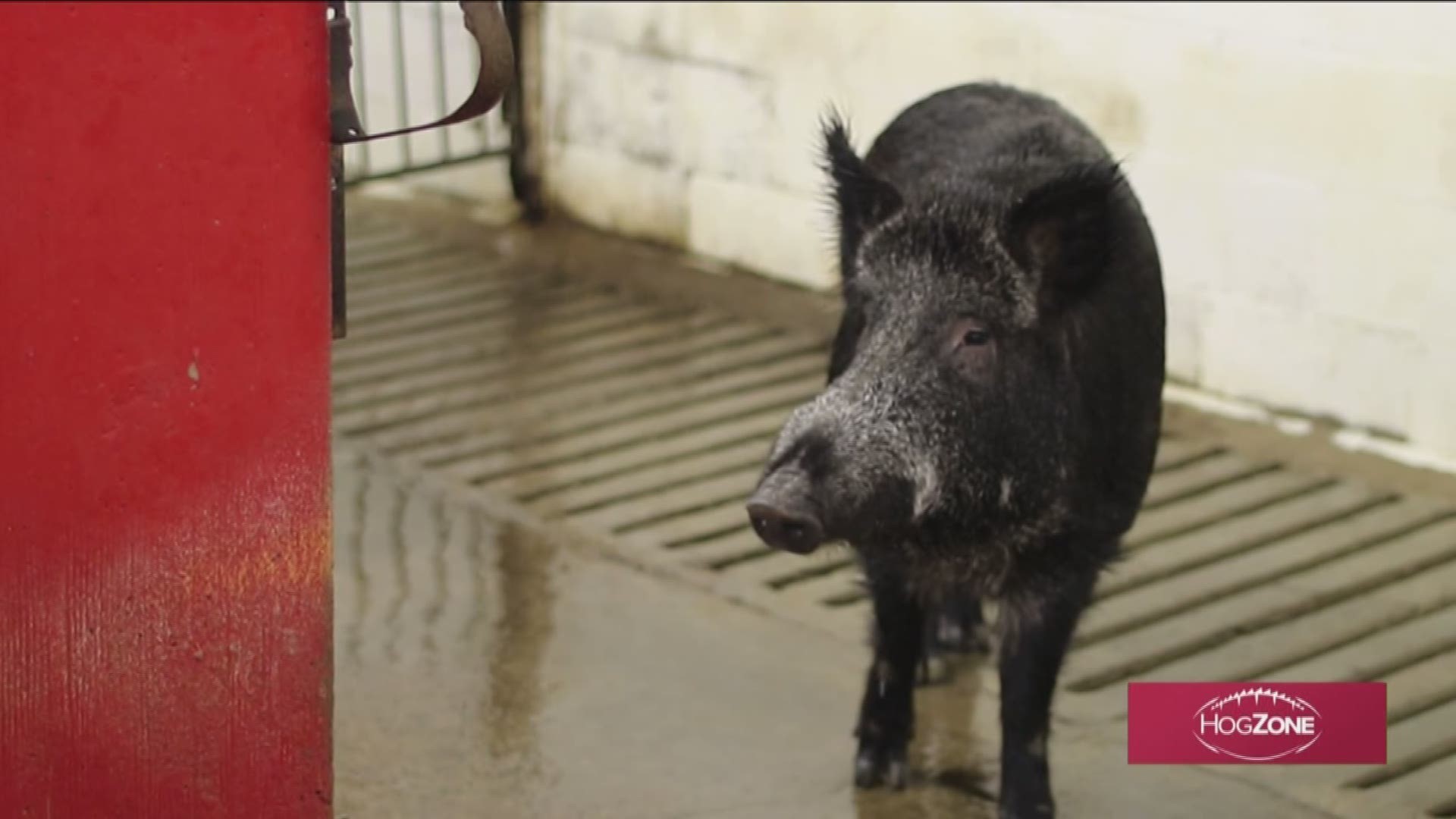 FAYETTEVILLE, Ark — Editor's note: The video shown above is of Tusk V in November 2019.

Tusk IV retired at the end of the 2019 school year.

Tusk IV son, Tusk V, has taken the role as the school’s new official live mascot after his father’s retirement.

The Tusk family comes from the Stokes Family Farm in Dardanelle, Arkansas.

They are Russian boar which closely resembles the type of “wild band of razorback hogs,” first described by then Arkansas head football coach Hugo Bezdek in 1909.

In 1910 University of Arkansas students voted to officially adopt the new nickname changing the mascot from the Cardinals to the Razorbacks.

RELATED: 'There's only one Razorback': Mascot Tusk V is one of a kind