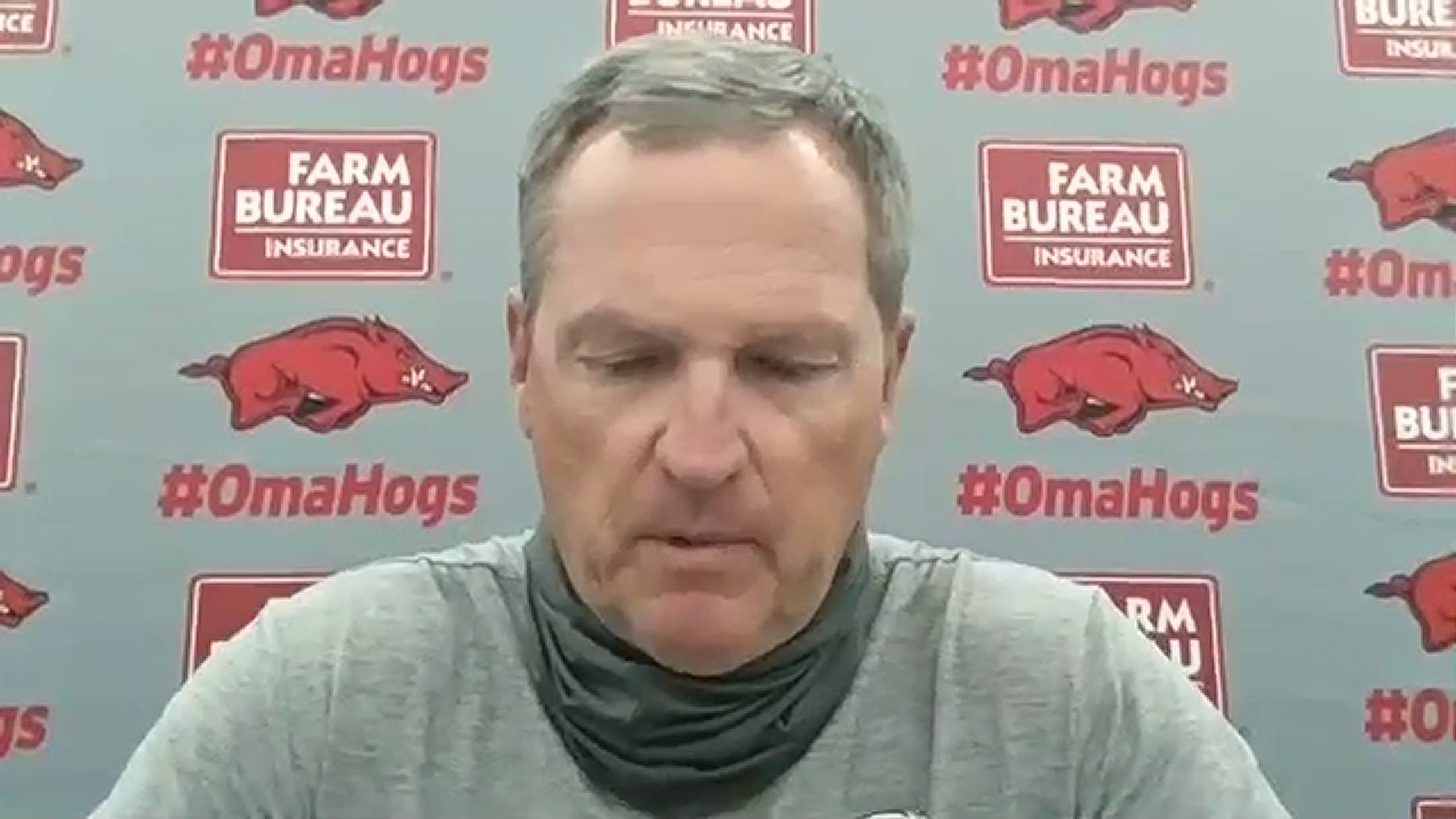 FAYETTEVILLE, Ark. — On Tuesday, Arkansas picked up their first win ever at Baum-Walker over Little Rock. On Wednesday, they made it a clean sweep, downing the Trojans 10-3 on a balmy afternoon.

Caleb Bolden was solid out of the gates for Arkansas, cruising through four scoreless innings, giving up just four hits and striking out four. Evan Gray gave up a pair of runs in the fifth, but managed to complete the inning. Elijah Trest and Gabe Starks kept things clean the rest of the way, lighting up the radar gun as the shadows grew longer.

Once again, the Razorback offense pounced in the first, with Brady Slavens pounding a three run bomb and Chuck Leach adding a solo shot. Robert Moore made it 5-0 with a solo homer of his own in the fourth, before Little Rock got two back in the fifth.

No bother for the Hogs though. Leach tripled in a run then scored on a wild pitch in the 6th to bump the lead to 7-2. Bentonville native Nathan Lyons homered for the Trojans, but Arkansas added three more in the eighth to wrap up the 10-3 win.

Up next, it's back to SEC play and back on the road. Arkansas heads to Oxford for three games with Ole Miss, starting Friday at 6pm.