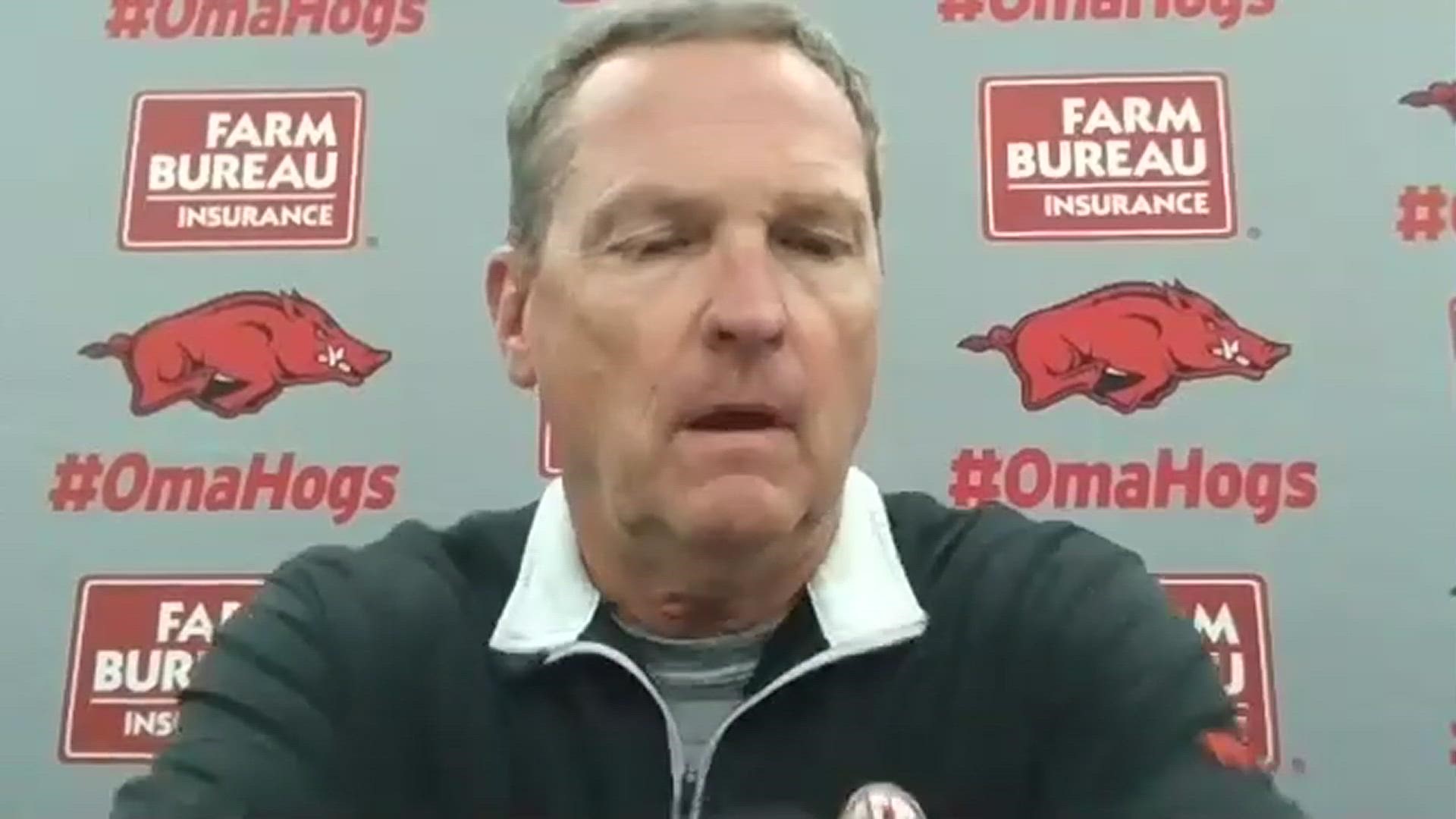 FAYETTEVILLE, Ark. — On Tuesday night the #1 Diamond Hogs beat Arkansas State, 8-4 in the first ever meeting between the two programs.

The Razorbacks finish the season undefeated in games against in-state rivals.

Cayden Wallace broke the ice with a grand slam in the fifth inning. Christian Franklin would add an RBI double to make it 5-0 Hogs.

Arkansas would add three insurance runs in later innings to push the game out of reach.

Arkansas begins a three game series in Knoxville against Tennessee on Friday night.

Oppo 💣 for the lead!