Arkansas knocks off LSU backed by strong outing from Wicklander 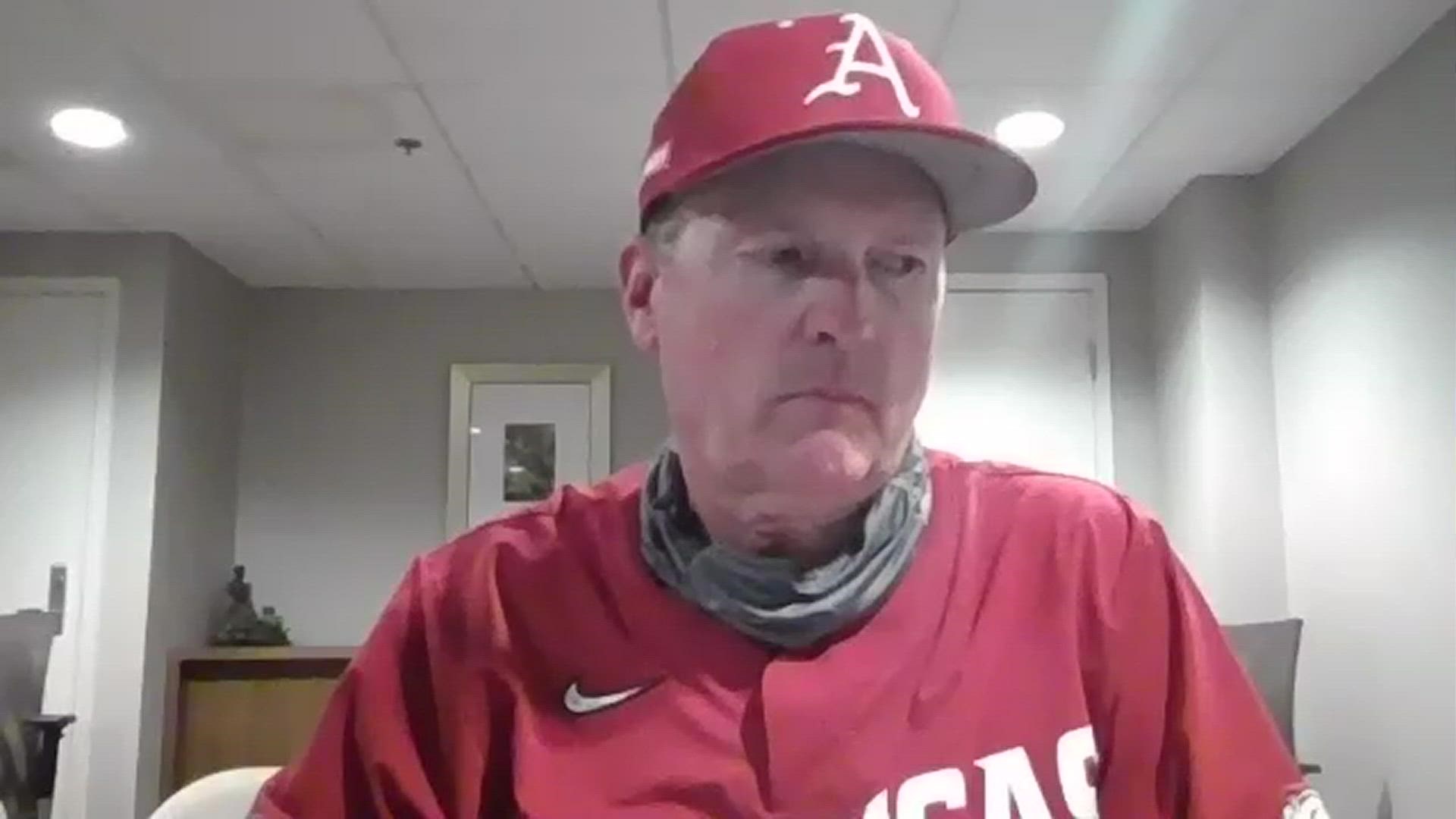 Wicklander picked up where he left off last week. The lefty needed just 28 pitchers to get through the first three innings.

The Arkansas offense would fall silent until the seventh inning. Matt Goodheart opened the inning with the team's first hit of the night.

Later in the frame Christian Franklin would break the ice with a two RBI single.

Wicklander continued his dominance on the mound throwing six plus shutout innings.

Brady Slavens would add two insurance runs with a bases loaded hit in the top of the eighth. Franklin would then add a three run home run. He had five RBI's on the night.

Arkansas and LSU will play a doubleheader on Saturday with the first game beginning at 2 p.m.