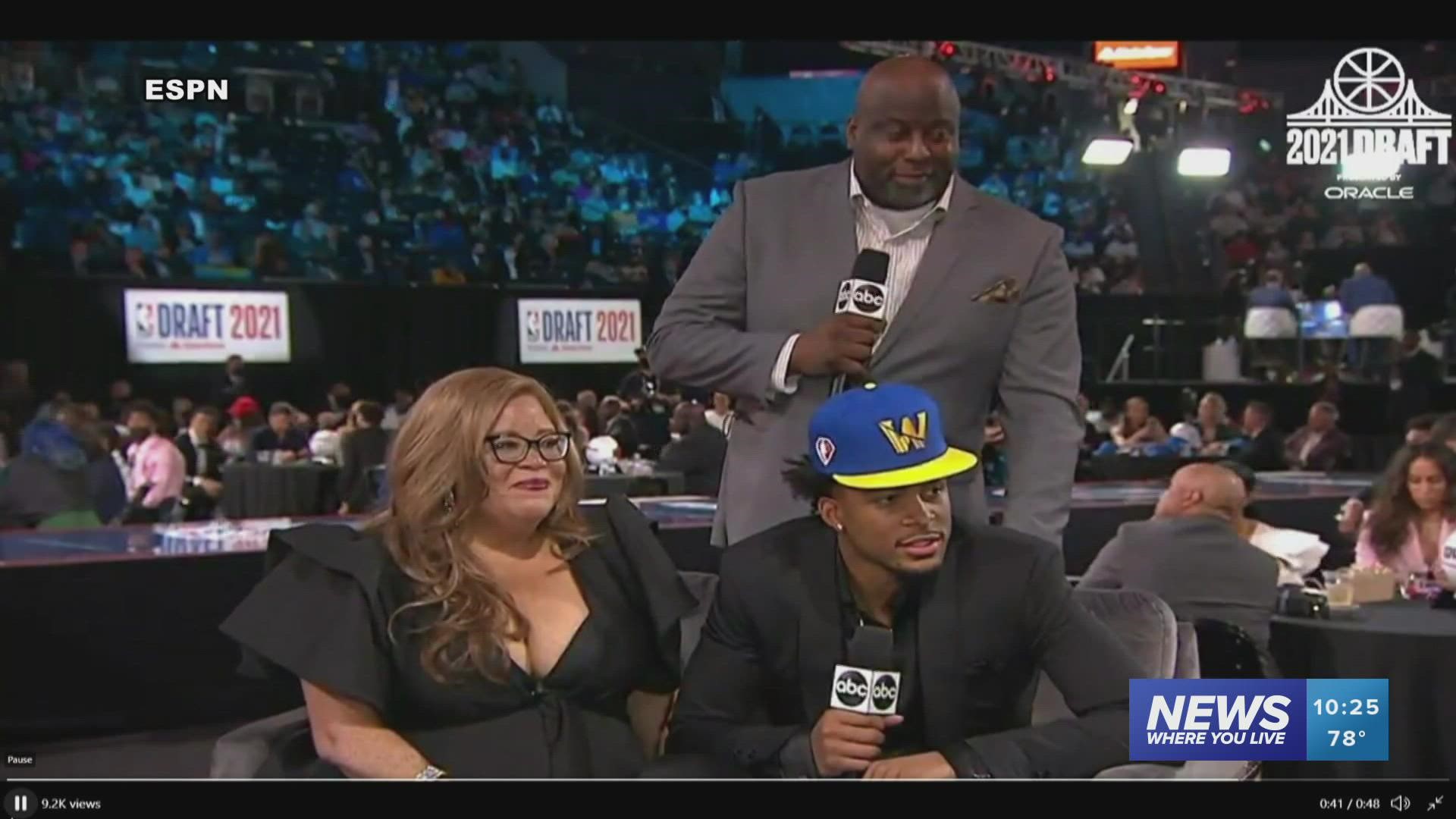 FAYETTEVILLE, Ark. — Thursday night Moses Moody was drafted by the Golden State Warriors with the 14th pick in the first round of the NBA Draft.

Moody becomes the first Razorback to be selected in the top 14 picks since Ronnie Brewer back in 2006.

After averaging over 16 points and five rebounds a game the Little Rock Native opted to become the first one and done in Arkansas basketball history.

Moody joins both Isiah Joe and Mason Jones as players drafted in the Eric Musselman era.