Northern Iowa scored its first twelve points courtesy of the three ball. Three point defense has been a point of emphasis for Arkansas.

The Panthers had a 12-5 lead at the first media timeout.

Devo Davis would start a quick 7-0 run to put Arkansas on top. Jaylin Williams continued to rack up the assists.

Chris Lykes would enter the game and immediately make an impact. The Miami transfer had eight points in his first four minutes. Northern Iowa though would hit its eighth three pointer to take a 26-23 lead with 8:21 to play in the first half.

We'd love an explanation on how @IAm_Lykesdat managed to finish this layup. pic.twitter.com/hENtzKaqZt

Arkansas would retake the lead thanks to a JD Notae three. Notae had five points during a Razorback 7-0 run.

The Hogs would take a 40-38 lead into halftime. The Razorbacks were shooting 43% and Lykes had a team leading twelve points.

Arkansas led 47-46 at the under-16 media timeout. Lykes, Notae and Davis all found themselves in double figures. With 14:55 remaining in the half Davis was ejected from the game with a flagrant two.

UNI's Trae Berhow would tie the game at 66 with 7:49 to play. Arkansas had no answer for the Panthers senior who had 20 points.

Au'Diese Toney would be the fourth Razorback in double-figures with the score tied at 72 with under five minutes to play.

Toney hit a three to make it 82-78 Arkansas with 1:54 left in the game. It was the 18th lead change of the game. Williams would finish off a 7-0 Razorback run and that would do it.

Lykes finished with 26 points, Notae had 18 while Williams had 11 points, 7 assists, 6 rebounds

Arkansas will next be in action on Monday when it takes on Kansas State at the Hall of Fame Classic in Kansas City.

RELATED: Arkansas rises to No. 21 in College Football Playoff rankings 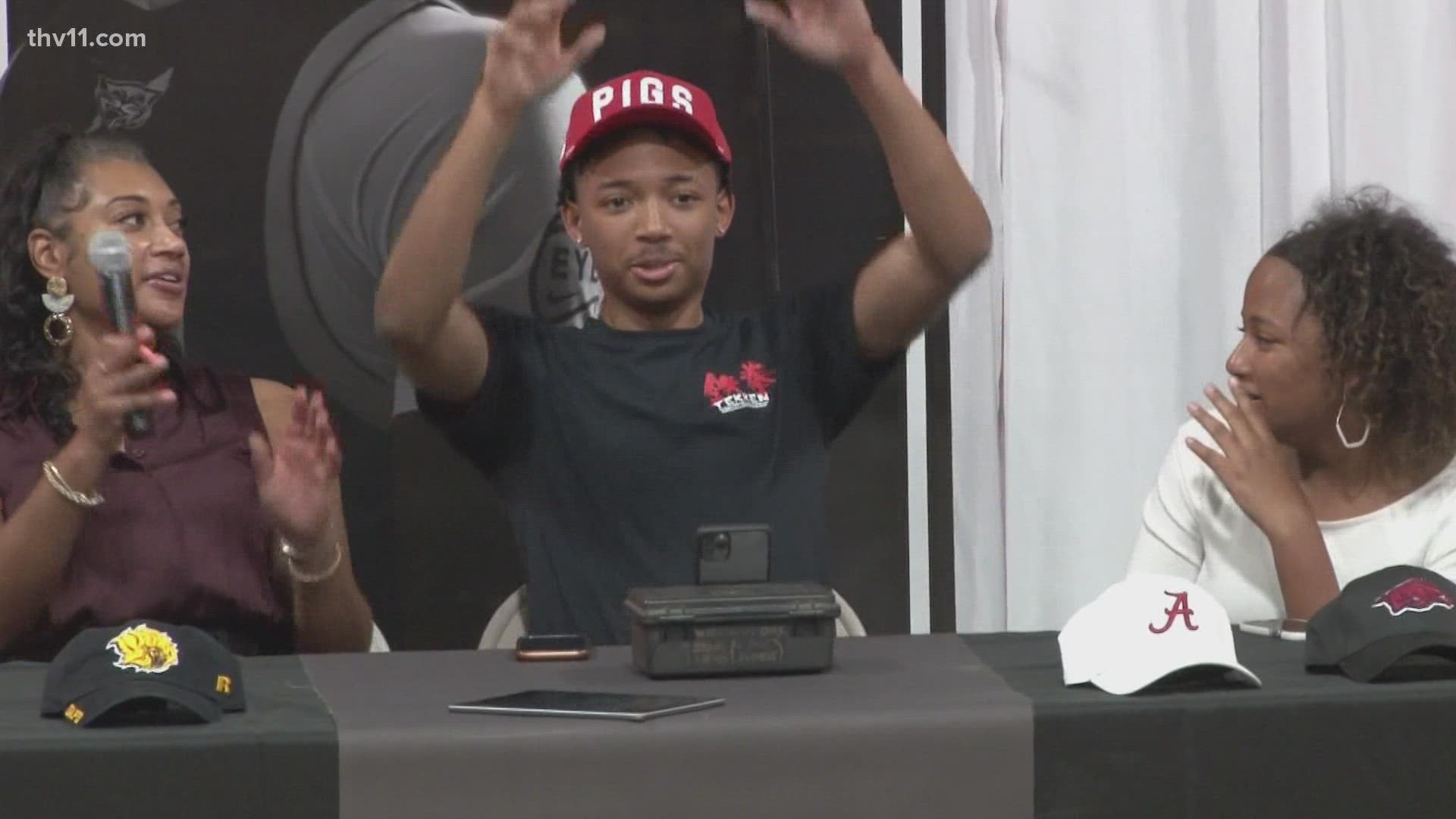