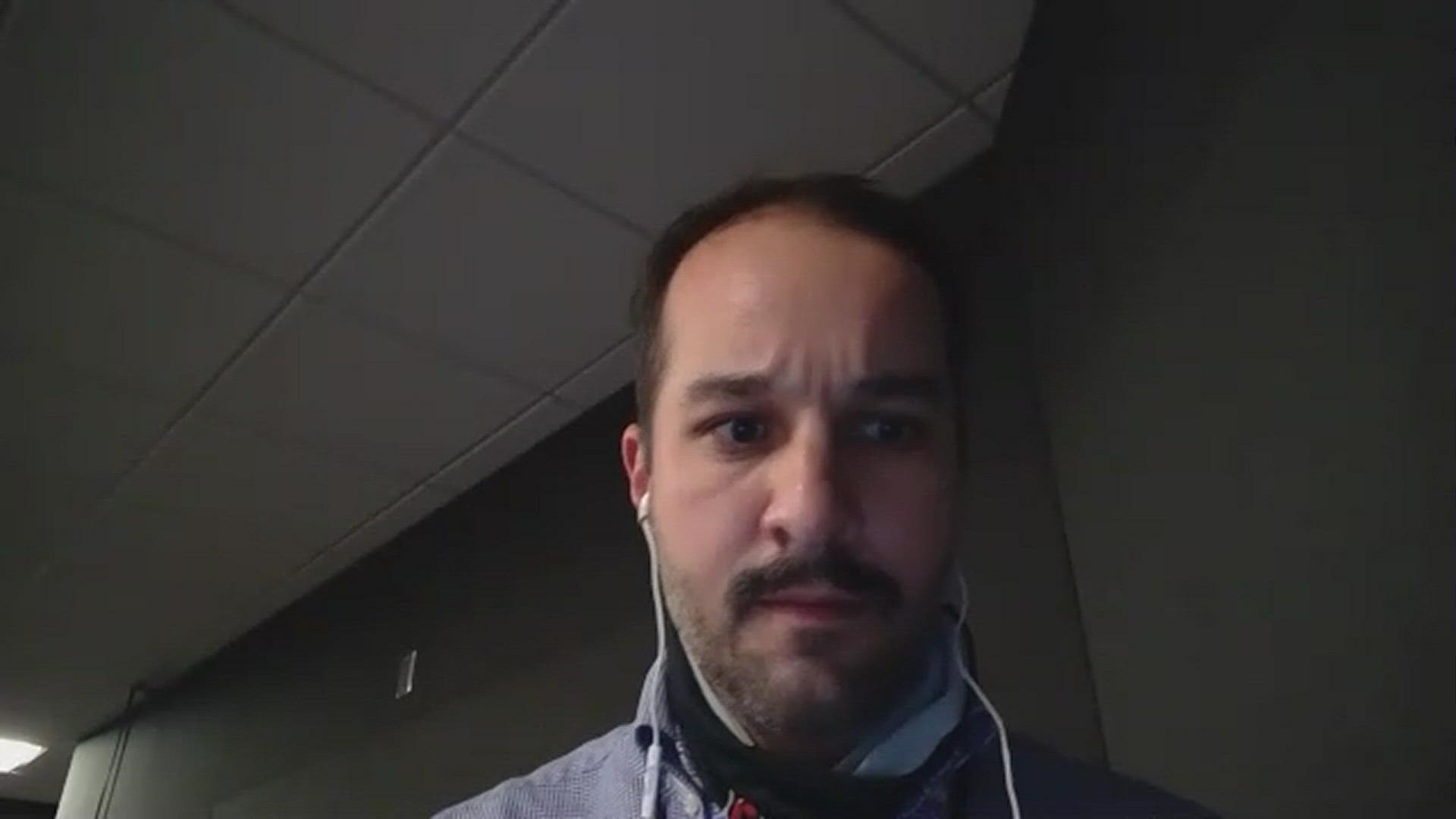 FAYETTEVILLE, Ark. — Sam Pittman said all week leading up to Saturday that Arkansas would be "thin" due to COVID-19 quarantines, and that was quickly apparent before kickoff. Numerous key Hogs couldn't dress on Saturday, including Rakeem Boyd and most of the starting defensive line not named Jonathan Marshall. But, apparently, the game must go on, and things got rolling early, the first 11am kick of the year for the Razorbacks.

It was a dreary, wet morning in Fayetteville, both teams taking a bit to wake up. After trading three and outs to start the game, LSU started the scoring with a 49-yard field goal. The Arkansas offense struggled to sustain anything, but after three straight punts to start the game, the big play came through. LSU forgot about Treylon Burks, and that's never going to end well for a defense. Franks hit the wide open wideout for a 65-yard touchdown to put the Hogs up 7-3 when the quarter ended. The reception gave Burks over 1,000 yards receiving for his career.

LSU responded on their next dive, going 75 yards on ten plays to retake the lead a couple minutes into the second. Despite the defense forcing a fumble (on their second attempt, as the term "clear recovery" strikes again), the Arkansas offense was stagnant, punting on back to back drives. Then Franks made a rare bad decision, not seeing the underneath linebacker for LSU, who picked off the pass and returned it to the one. The Tigers cashed in with a short TD run, and the Hogs were in a 17-7 hole.

Franks and the deep ball struck again when they needed it most. A 50-yard bomb to Mike Woods got things rolling, then the QB took matters into his own hands, leaping 4 yards into the end zone. LSU killed the final three minutes of the second quarter with a long drive ending in a short field goal, and Arkansas went into halftime trailing 20-14.

The third quarter almost went down quietly, with the teams trading a few punts. Then, the big play strikes again. Franks to Woods for 50 yards again, and Trelon Smith punched it in from the one to put Arkansas up 21-20 with a minute to play in the third. Arkansas forced a punt, then Franks hit T.J. Hammonds for a 51-yard pass to end the third.

A 30-yard run from Hammonds got the Hogs inside the LSU ten. The rain started to make an impact, and Franks slipping on third down forced Arkansas to settle for a short AJ Reed field goal to go up 24-20.

The boos from the Arkansas faithful got louder after Catalon was ejected for questionable at best targeting call. LSU capitalized, finishing the drive with a 13-yard touchdown pass to take a 27-24 lead with four minutes to play. Arkansas managed to put together a drive, but a 44-yard field goal attempt was blocked by LSU with 1:30 left in the game. The Tigers ran out the clock, and Arkansas falls 27-24.