The Razorbacks put up a good fight but lost in a close game that came down to the final seconds. This is the second consecutive loss for the Hogs. 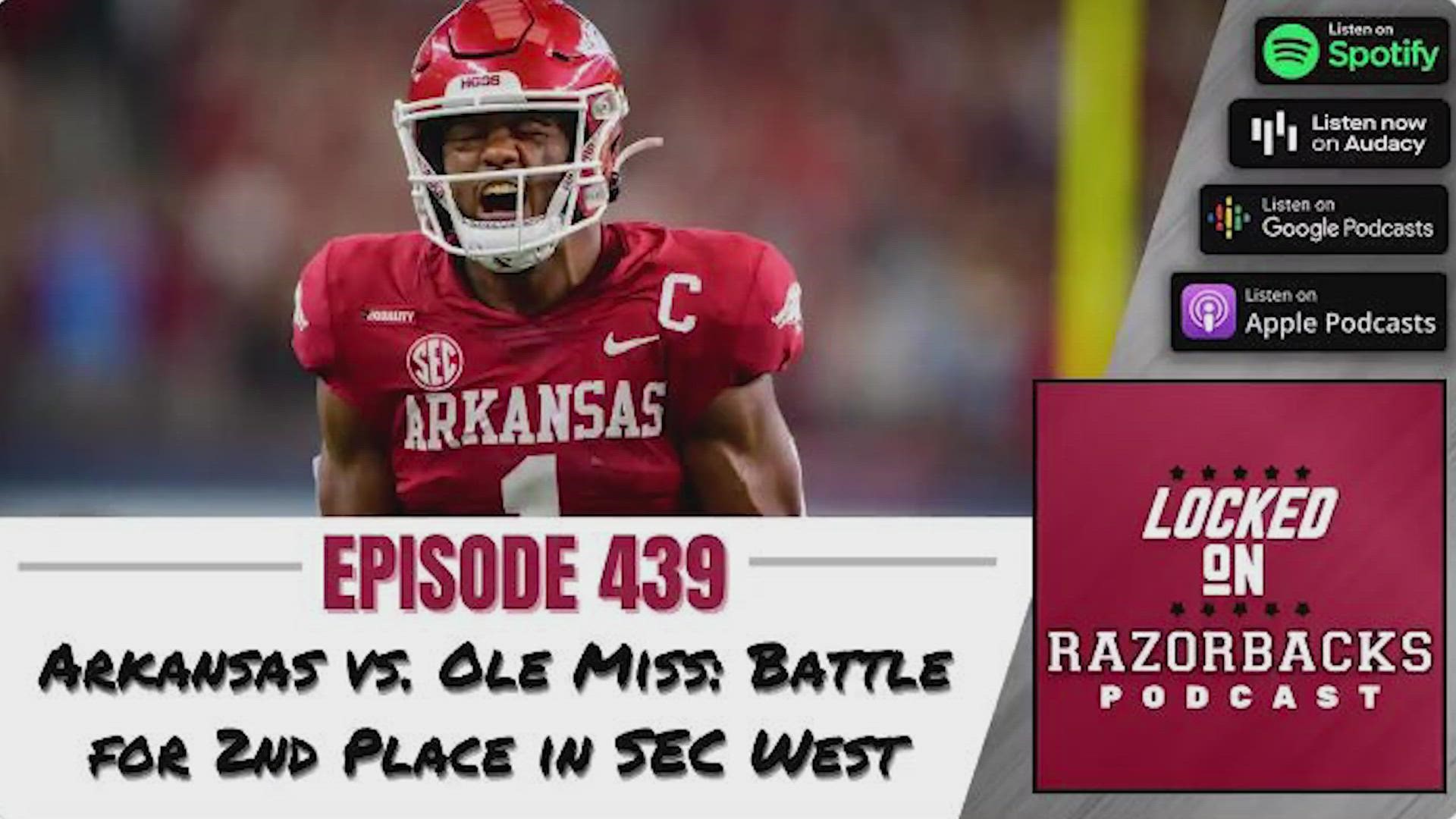 ARKANSAS, USA — Arkansas and Ole Miss was billed as the "Bounce Back Bowl" before the game even started, and both teams played like programs with their backs up against the wall.

It was also a normal Arkansas and Ole Miss football game, which means things were always going to get wild.

The teams traded punts to start the first, like a pair of fighters circling, figuring out the opponent. then came the punches.

Arkansas went methodical as they covered 80 yards in 15 plays and punctuated the drive with a KJ Jefferson TD run and a 7-0 lead.

Ole Miss mirrored, taking 17 plays to go 75 yards before Matt Corral kept the ball for a TD run of his own.

The second quarter started with a Trelon Smith touchdown and a 14-6 lead before quickly going down hill for the Hogs. Ole Miss reeled off 17 unanswered points, ripping off chunk play after chunk play, making the Arkansas defense look like they'd never seen a counter run play before.

Arkansas held Ole Miss to a field goal to start the second half, then finally got things clicking on offense again, capping a ling drive with a KJ to Trey Knox touchdown, cutting the Ole Miss lead to 24-21. The Razorbacks stopped Ole Miss on fourth and short deep in Rebel territory, and Arkansas got a field goal out of it to tie the game at 24-24.

Just when things started looking to be turning towards the Hogs, Snoop Connor broke off a 51-yard touchdown run. Arkansas' offense was up to the task this time. KJ tossed back to back jump balls to Treylon Burks, who did used his athleticism to get Arkansas inside the five. Then, in front of his Mississippi friends and family, KJ went full superman, leaping into the end zone from 5 yards out to tie the game at 31.

Snoop Connor came back with a 34 yard touchdown run. Treylon Burks followed with a 20 yard touchdown catch. Back and forth they went, until a Matt Corral heave set up the touchdown that put Ole Miss up 45-38, and Arkansas finally couldn't respond. KJ Jefferson took a sack on second down that the Hogs couldn't overcome, forcing the Razorbacks to punt.

Ole Miss looked to pick up what would have been a back-breaking third down conversion, but an illegal man downfield penalty saved the day and led to a punt, which gave Arkansas another chance.

Arkansas marched. Rocket Sanders did the work on the ground, a horse collar tackle kept things alive, and KJ finished with a weaving, bruising six yard touchdown run to tie the game at 45-45.

Ole Miss got the ball with 1:30, and only took 20 seconds to score, a 68-yard touchdown pass putting them right back on top.

The Hogs fought until the end, making it into the end zone but eventually running out of time as they attempted to tie the game.