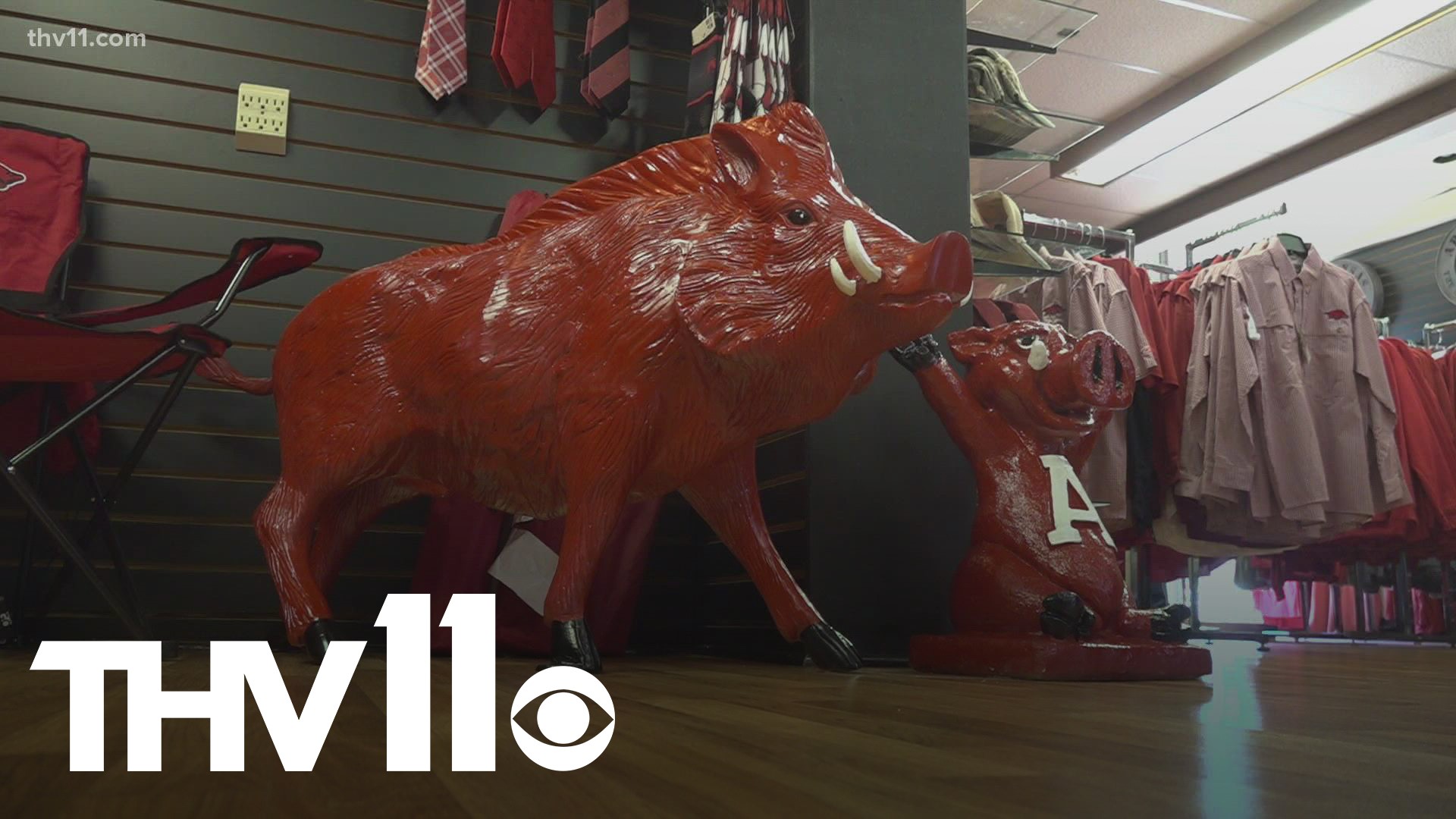 FAYETTEVILLE, Ark. — Well, that was fun! In front of a packed out house of Razorback fans, Arkansas picked up the defining win of the Sam Pittman era, upsetting #15 Texas 40-21.

Few outside the Natural State gave the Razorbacks much hope in this one, and things started off simple enough.

The teams traded punts for the first four possessions. It was a theme that would continue for Texas, not so for Arkansas.

The Longhorns ended up punting five times in the first half, as Barry Odom's defense completed a shutout, even with Bumper Pool on the bench.

The offense found enough of a rhythm to build the lead. KJ Jefferson flashed the legs and the arm this time around.

Cam Little drilled three fields goals in the first half alone, including one after Arkansas blocked a punt. The Hogs only touchdown of the first half came courtesy of a Dominique Johnson rush, and they went in to the locker room on top 16-0.

The second half started dangerously. Jefferson threw an interception, which Texas capitalized on by scoring a touchdown for their first points of the game.

Where previous teams may have folded, Sam Pittman's Hogs embraced the challenge. A 45-yard catch for Tyson Morris got things rolling and Trelon Smith capped the drive with a 1-yard touchdown run.

With Texas facing desperation time, the Arkansas defense came up huge again, making a fourth down stop deep in Texas territory, and the Hogs rolled from there.

The 2-0 Hogs will try to keep things going next weekend with another home game, as Georgia Southern comes to Fayetteville.