Some are saying the atmosphere of the Razorbacks win over Texas was the best in history, but was it really and what should fans expect for the rest of the season? 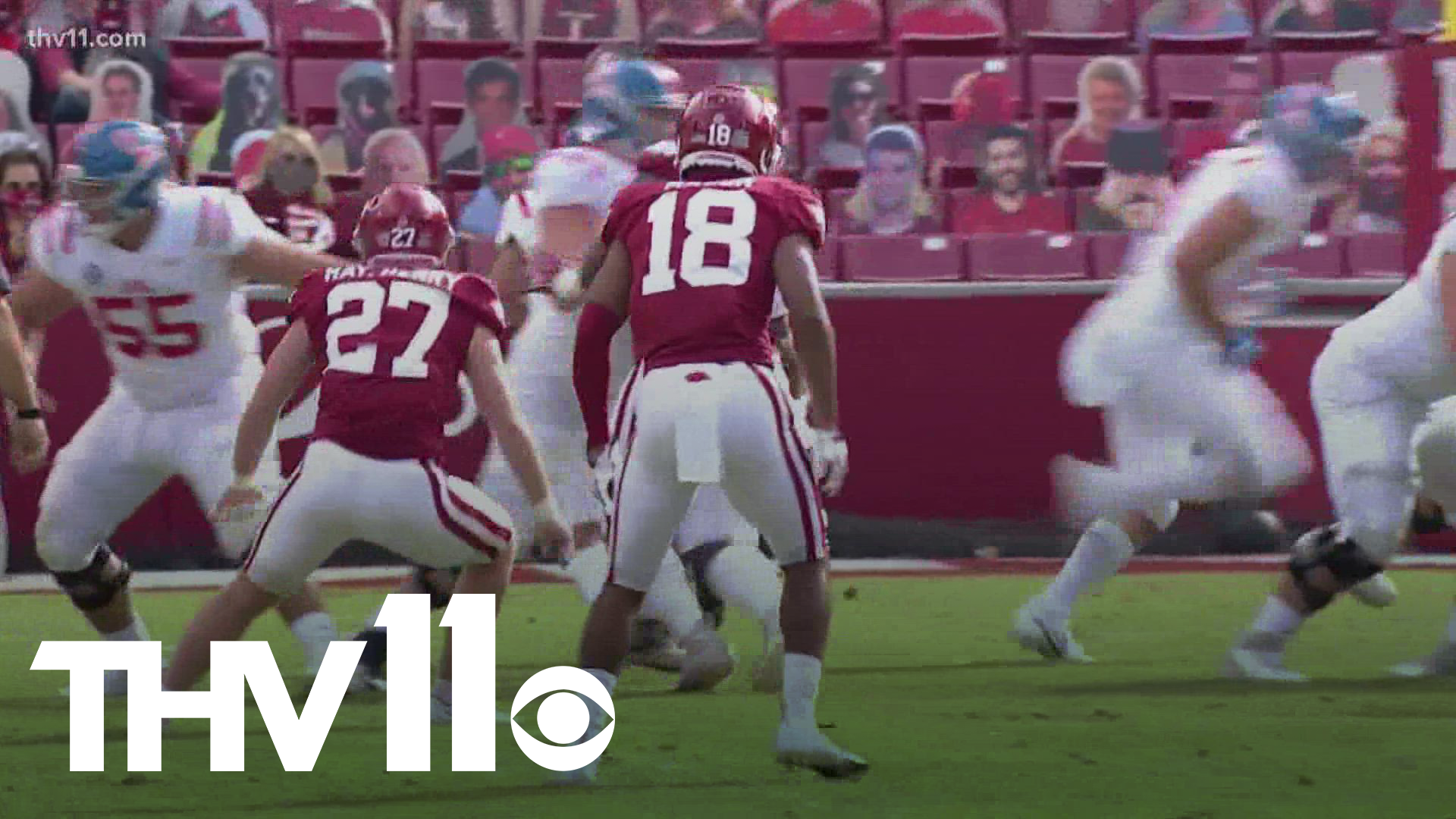 After Arkansas soundly beat the Texas Longhorns 40-21 on Saturday, many have been wondering if that game and the audience created the best atmosphere a Razorback game has seen in Fayetteville.

But while many think that's true perhaps due to recency bias or the hype surrounding the win, LockedOn Razorbacks host John Nabors contends the 2010 game against Alabama had a bigger feel to it than the Texas game.

Yeah, the Hogs lost that game 24-20 to the number one ranked Alabama, but Nabors said the team in 2010 was building momentum week over week whereas this win over Texas is only week two of the season.

That year, the Razorbacks had a real shot of making it to the National Championship if they managed to beat Alabama and Auburn. Although they didn't, those Bobby Petrino coached teams were some of the best Razorbacks teams in the modern era.

In 2021, the team is coming off a 3-7 season and facing a tough SEC schedule as it does every year. While optimistically we all hope the Razorbacks shock the world this year, the reality is the team is still young and rebuilding from the wreckage left by Chad Morris.

But crazier things have happened in college football and if anyone can turn around the Razorbacks quickly, it would be Sam Pittman.

You can listen to the LockedOn Razorbacks podcast here:

In the episode, Nabors also discusses the hype this season already has after two wins and how some people want to temper expectations of this season.